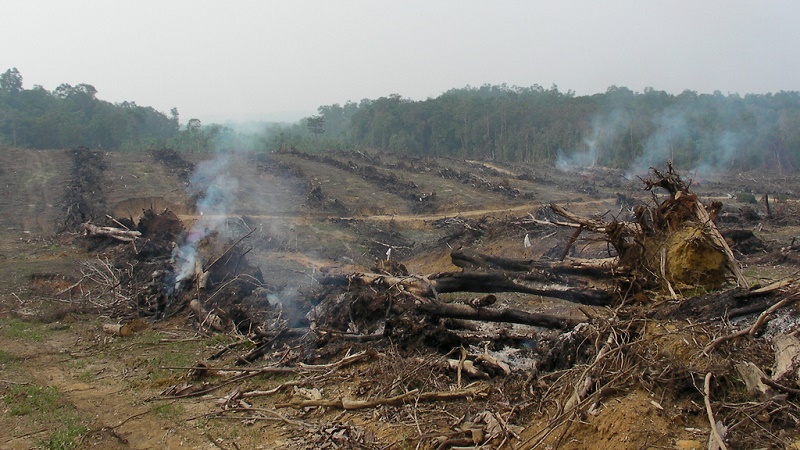 Fire is the cheapest way to clear land for cash crops, but it comes at a climate cost (Flickr/Rainforest Action Network)

Smouldering peat fires across Indonesia produced more greenhouse gas emissions on some days in 2015 than the entire US economy.

It was the worst ever instance of what has become an annual phenomenon. Each dry season, people burn land to clear it for cash crops. This cyclical climate crisis is also a health, education and economic disaster for communities in the middle of it.

That is why 118 “fire-free villages” in South Sumatra, one of the worst-affected provinces, are taking control.

Najib Asmani, adviser to provincial governor Alex Noerdin, told Climate Home by Skype that part of the solution was devolution.

More than half the region’s fires started in natural forest supposedly under central government’s protection. Jakarta was a long way away and enforcement weak.

Noerdin, who apologised publicly for the situation, has this year been given more power – and responsibility – to tackle it.

But with an area the size of Portugal to cover and many conflicting private interests to juggle, he can’t do it alone. 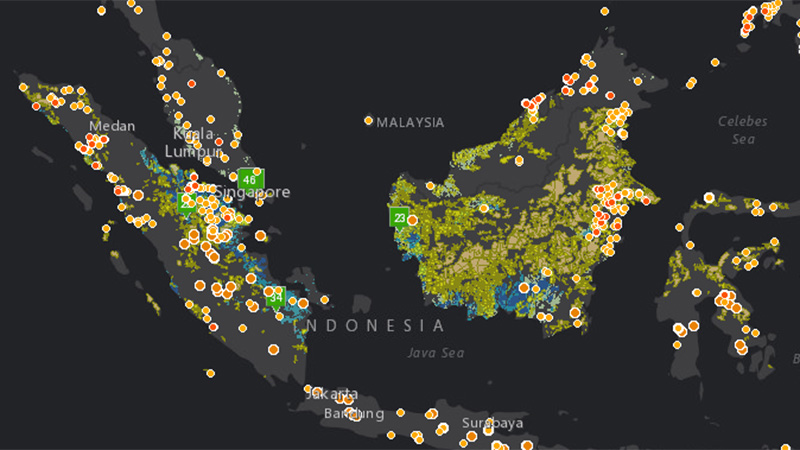 Sering in Riau province was one of 20 villages to pilot the “fire-free” concept. Before the initiative launched, 80 hectares a year were slashed and burned. In 2014, its first year, that came down to 50ha. By last year it was 11ha.

So far in 2016 there have been no blazes in the community, made up of 2,000 people over 10,000 square kilometres. Village leader Amirul Mukminin wants to keep it that way.

The main practical intervention has been to make it cheaper for smallholders to clear land without torching it. Pulp and paper giant APRIL, vilified by environmentalists over its own deforestation record, contributed heavy lifting equipment.

That means some trees are still being lost – although not natural forest, Mukminin claimed – but the carbon-rich peat stays intact.

Community patrols also keep a lookout for lawbreakers to report to the authorities.

Mukminin stressed the importance of communication to get everyone on board: “We built awareness from home to home, from mosque to mosque.”

The scale of devastation in Indonesia makes it more than a local concern. Its smog drifts over to choke Singapore and Malaysia, while the global warming impacts are, well, global.

So too is the market demand for products like paper and palm oil, which give a commercial incentive to destroy forests. Multinational buyers and developed countries bear some responsibility for the problem. Many have signed up to the New York Declaration on Forests or other international pledges to end deforestation.

As such, the problem has drawn in consultants and foreign aid from around the world.

Daan Wensing, head of the IDH landscape programme, told Climate Home in London it was important to get all levels of government involved.

Last year’s record fire season pushed it up the political agenda. So too did the prospect of hosting the 2018 Asian Games in South Sumatra capital Palembang and Jakarta.

“Those fires, the impact it had on health and the public standing of the province, the international repercussions have been substantial,” said Wensing. “The political will has changed. The governor is a very, very strong supporter now.”

Beyond ending the practice of slash-and-burn, other initiatives aim to make peat less flammable, by re-wetting areas that have been drained.

Asia Pulp and Paper, the culprit for large swathes of Indonesia’s deforestation, is also trying to rehabilitate peatland – and its reputation. It aims to build 7,000 dams by the end of March, to raise the water table and protect ecosystems.

This month it founded the Belantara Foundation to help prevent the social conflict and illegal logging – weaknesses identified in an eco-audit last year.

Veteran British environmentalist Tony Juniper is on the advisory board.

“There has been this elevation of ambition to not only avoid damaging forests but start the complex task of restoring them,” he told Climate Home by phone.

“If we are going to be able to do forest restoration at scale in Indonesia, it is going to have to be at the level of landscapes.”

Analysis: Why love of landscapes is central to climate challenge

The Belantara Foundation is tasked with balancing environmental conservation with economic development – goals which can appear to be in conflict.

“If a local community wants to convert natural forest to a rubber plantation… it requires further work and negotiation, which takes time. This is genuinely difficult,” said Juniper.

“Where there are differences of opinion or conflicts of interest, there is not really any structure to deal with that. Hopefully, one of the things we can do is to be offering a space in which people can come together and join forces.”