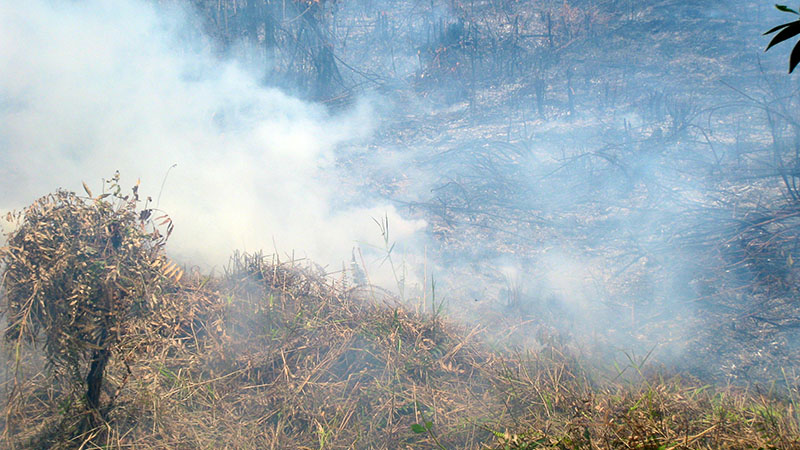 President Joko Widodo, known as “Jokowi”, axed the remainder of an anticipated visit to the White House on Monday to tackle the country’s haze crisis.

A toxic pall of smog covering the Asian country forced the leader to abandon a trip focused on bilateral trade and investment between the countries.

Smouldering fires from the country’s carbon-rich peatland have intensified in recent weeks, with hazardous air pollution shutting schools and seeing 500,000 Indonesians seek treatment for respiratory illnesses. Up to one-third of the world’s organ-utans are in danger from habitat loss.

Indonesia has accepted help from Singapore, Australia and now US$2.75 million from the US  – yet the fires are out of control.

After our beneficial meeting, President Obama invited me along the historic Rose Garden-Jkw

Stoked by bone-dry El Nino conditions, according to the World Resources Institute the fires have been gushing more CO2 on some days than the entire American economy.

Officials look to the arrival of rains to extinguish the crisis.

“Many fires at still at near peak levels. There’s only been an slight improvement – a decrease in south Sumatra. The air quality is literally off the charts,” said Susan Minnemeyer at WRI.

Fires are an annual occurrence as smallholders burn land to make way for agriculture, often illegally.

Yet this year’s have surpassed 2006 and could beat the catastrophic blazes of 1998, said Minnemeyer, who is a mapping and data manager at WRI-run Global Forest Watch. 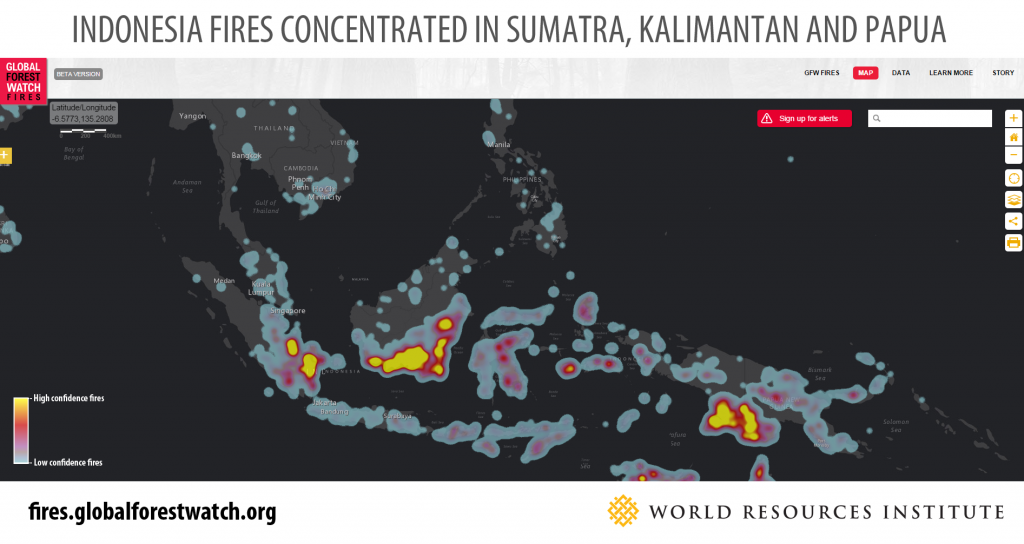 According to estimates by Guido van der Werf on the Global Fire Emissions Database, there have been nearly 100,000 active fire detections in Indonesia so far in 2015

Indonesia’s government has a moratorium on clearing primary forest, but enforcement is scarce.

In the meeting between Obama and his Indonesian counterpart, both men said they wanted to address climate change for the “sake of our future generations,” in the build-up to a UN climate change summit in Paris, the Washington Post reported.

Indonesia was concentrating on a more pressing issue, Jowoki said. “We have peat fires, and the efforts to extinguish it is quite challenging.”