Lost in Lima: Why climate finance figures can’t be trusted

Japan’s funding for coal exposes confusion over what climate finance means, as the need for cash grows 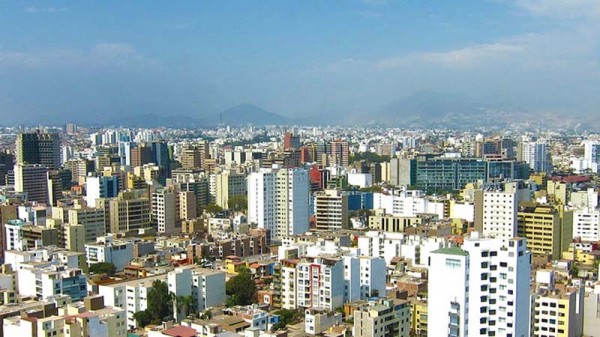 Climate finance is high on the agenda as negotiators meet in Lima
(Pic: Flickr/Serious Cat)

Sorting out the complicated world of climate finance has long been talked of as a key goal for the UN climate talks currently taking place in Lima, Peru.

One problem is that not enough money is flowing to developing countries, making it harder for them to invest in greener forms of energy and prepare for the worst impacts of climate change, such as floods, heatwaves and rising sea levels.

Last week, a UN report revealed up to US$650 billion had been invested in climate related initiatives around the world between 2010-2012.

Of this donations from rich to poor countries were, it said, in the range of $40-175 billion.

These are huge sums of money, but they are tiny compared to what experts say is needed.

A new green fund is supposed to help leverage more money and is due to start work in June 2015, but so far it has just US$9.95 billion banked.

A critical issue, slightly below the radar, is that there is no commonly accepted definition of what climate finance actually is.

“In the absence of agreement on the methodology and guidelines that provide transparency and accountability it is hard to see if funds will deliver benefits,” said Amal Lee Amin, a climate finance expert observing talks in Lima.

A 2013 study published by the OECD revealed at least 24 different interpretations of green funding.

News that Japan counted US$ 1 billion of loans for the construction of coal-fired power plants in Indonesia as part of its low carbon financing package highlighted that anomaly this week.

Coal provides 40% of the world’s electricity supply and is by far the largest source of greenhouse gas emissions.

Tokyo officials argued the plants were more efficient and therefore greener than those that would have been built without their help.

She called on national export credit agencies, investment and development banks to agree on rules governing climate finance investments in 2015, the year countries are planning to sign a global agreement to limit fossil fuel emissions.

Getting over 190 countries to agree on a set of finance rules is harder than it might seem.

Last Wednesday, the UN’s climate body admitted it “does not have a definition” of what climate finance is.

In a special report commissioned for the talks in Lima, UN officials offered their own framing.

“Climate finance aims at reducing emissions, and enhancing sinks of greenhouse gases and aims at reducing vulnerability of, and maintaining and increasing the resilience of, human and ecological systems to negative climate change impacts,” they wrote.

This was a suggestion, and has not been agreed by countries.

Envoys are discussing whether to allow those same UN officials work on a definition ahead of next year’s Paris summit, where any climate deal will be rubber-stamped.

But as the World Bank’s head of climate change Rachel Kyte points out, this definition does not in itself exclude fossil fuel investments, particularly around energy efficiency.

“One of the most important things that has to happen in the short term is that the fossil fuels that are burnt are done so in the most efficient way,” she said.

“And so for those countries that are going to have coal in their mix for the foreseeable future, is it a legitimate use of climate finance to help those economies burn coal in a cleaner way. I’m not saying yes or no – that’s a question this raises.”

It is still unclear if the UN-backed Green Climate Fund will place a blanket ban on any fossil fuel investments, or choose a pathway similar to the World Bank and only back dirtier fuels as a last resort.

Kurt Lonsway at the African Development Bank said coal should not be funded “if you have a choice” but it is not always possible to find other solutions.

“The important thing is if you can’t eliminate it you at least need to move towards the cleanest possible technologies and reduce your dependence over time,” he said.

Privately, some developed and developing representatives show reluctance to see certain forms of energy blacklisted, or tighter rules on what climate finance should look like enforced.

But they could find their hand forced if multinational banks get their act together next year, according to Kyte.

“It is our goal, hope and expectation in consultation with the French government, hosts of COP21, that we would be able with the development finance industry to say, well in advance of Paris, this is what you get when you put climate finance with an MDB,” she said.

And until there is more transparency, climate finance observers say figures like $650 billion are misleading.

“The truth is nobody knows exactly how much climate finance is flowing, and what percentage is going to poor countries because the global rules regulating what counts as finance are non-existent,” said Oxfam’s Jan Kowalzig.

“What we do know is that current flows of finance are inadequate to keep warming below 2C and negotiators here in Lima need to put a roadmap in place for how developed countries will meet their $100 billion promise by 2020.”