What would a fair UN climate change deal look like? 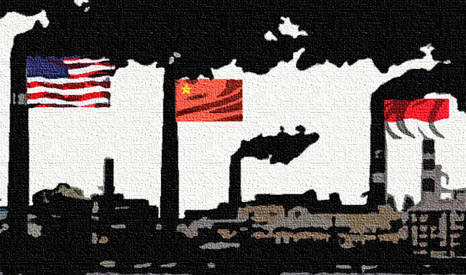 Almost anyone involved with the UN climate change negotiations agrees that a plan to limit warming to 2C above pre-industrial levels needs to be fair and effective.

The problem comes when you ask negotiators or civil society representatives what that actually means.

What, using UN parlance, does an equitable solution to prevent dangerous levels of global warming look like on a country-by-country level?

Policy wonks will talk of historical responsibility, climate justice, the right to development, political will and economic capacity.

This is smoke and mirrors stuff. It’s just about who pays the most, and who cuts the most.

What helps (or makes things harder for politicians seeking an escape route) is that the greenhouse gas emission reductions required have already been detailed by the UN’s climate science panel.

While the debate rages, a team of US-based scientists and climate campaigners from the Stockholm Environment Institute and EcoEquity have attempted to bypass the political arguments by building an “equity calculator”.

The online tool allows users to choose a country, and then input a series of variables to determine what levels of emission cuts its negotiating team could deliver in Paris next year.

RTCC has run some calculations for the UK, USA, India and China, detailed below.

EcoEquity plans to release a paper outlining how the calculator can be used at the UN climate talks. It will also show the implications for individual countries and their pledges for the 2015 agreement.

Athanasiou hopes the tool will help independent observers review countries’ emission reduction plans when they start to come in early next year.

“We have to accept we are in a bottom up process,” he says, alluding to the process of country carbon cuts, which will be decided not by the UN but by national heads of state.

“It gives the negotiations a frame of reference, and allows us to engage with the real dynamics so we can build a real review process.”

This is good timing, as early next year the world’s top polluters are expected to reveal the carbon cuts they can contribute towards a UN treaty, set to be signed next December in the French capital.

But as it stands, that’s all they will have to do. There is little time for a review of pledges or a detailed debate over whether they will be sufficient.

This is why some countries have pushed for the UN to set up an Equity Reference Framework (ERF) to measure pledges, as suggested in 2011 by China, India, South Africa and Brazil, is necessary.

It’s similar to the calculator, and consists of three main elements: who does what, what needs to be done, and how this will be assessed by other parties.

Writing in a recently published paper, Lavanja Rajamani from the Centre of Policy Studies in Delhi explains why many observers believe this is necessary.

“A purely expert process may not lead to political buy-in,” she says. “A purely diplomatic negotiating process may not garner the necessary legitimacy and will suffer from the power distortions intrinsic to such a process.

“A hybrid process consisting of such an expert phase and a diplomatic phase offers the most promise.”

But with the Eiffel Tower on the horizon, it’s getting late in the day to set up an ERF, which is still a concept.

Athanasiou and his colleagues, who define equity as “developmental justice in a carbon constrained world”, have consulted with negotiating teams across the development spectrum in building the calculator.

They have taken the inputs from leading EU officials, delegates from small island states, the Like Minded and BASIC groups, the least developed countries, together with some of the world’s top NGOs.

Those conversations, he says, exposed a myriad of fears and deeply held beliefs that have long slowed UN negotiations – and are likely to continue to do so.

From the developed world representatives there is paranoia that a hidden agenda is to impose carbon cuts so huge they will grind their economies into the dust.

And from developing countries there’s the inverse belief – that no-one really wants to see them match the living standards of the West.

But they all point in the same way. Countries need to have faith that any deal will allow them to develop, as well as avoid catastrophic climate change, which could have a devastating impact on their GDPs in the future.

Athanasiou admits that they have not found an answer that those two groups can live with, but he said there had been progress convincing poorer countries that basing a deal purely on historical levels of carbon emissions was a non-starter.

“We have spent many hours working together with our friends in the south to establish the understanding you could not build a viable ERF on that principle alone. It could not be done and would not be fair,” he says.

In her paper, Lavanjani says the ERF seeks a middle way between top-down UN governance and national decision-making.

It could be incorporated in a 2015 deal in a range of ways, from full integration with the UN process to an optional tool for countries to use.

“As long as there is sufficient momentum generated by civil society and buy-in from groups of countries… only a few countries that have serious domestic constraints are likely to opt-out of the ERF,” she argues.

Lavanjani’s paper is worth reading for an intellectual justification of the ERF.

But on a practical level, the calculator Athanasiou has developed helps bring the dilemmas facing negotiators to the masses.

These examples are based on the  following assumptions, chosen on the calculator’s opening screen.

Under this scenario, global emissions must be cut by some 17,159 megatons of carbon dioxide equivalent compared to business as usual.

The authors stress the results show what countries would have to deliver if they were only cutting carbon emissions. In reality, developed countries are likely to supplement emissions cuts with financial and technological support to poorer nations. 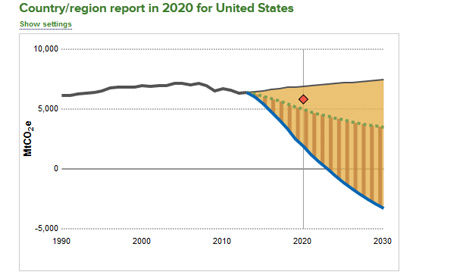 As the authors point out: “It is in this case, as you will note, very challenging indeed.”

In practice, the US will likely offer some level of climate finance support to poorer countries and technology transfer, to offset some of this obligation. 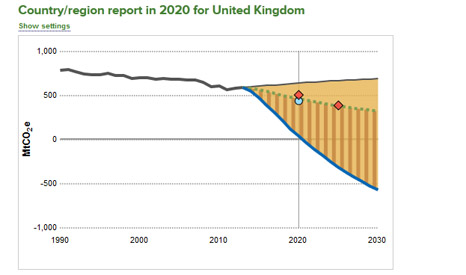 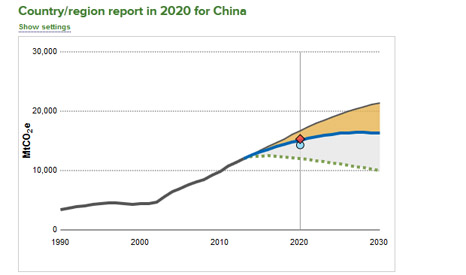 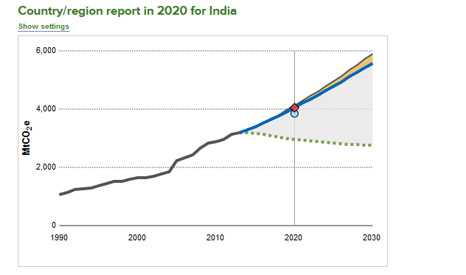 You can see the political problems here – but there are plenty of other variables to choose from – and you can dig deeper into the data if you wish.

This isn’t, as Tom Athanasiou acknowledges, a cure to the years of tough negotiations, but he hopes it will prompt a wider debate on the responsibilities of various countries.

“This is all a gigantic thought experiment. But what if we were serious? What would we do?” he says. As the calculator illustrates, the answer to that question is still unclear.