Ecuador will introduce plans for a small carbon tax on oil at the May meeting of the Organisation of Petroleum Exporting Countries (OPEC).

The initiative would see a 3-5% tax levied on every barrel of oil exported to rich countries. Funds would be transferred directly to the Green Climate Fund (GCF), and Ecuador believes it could raise up to US$80bn a year.

Speaking to RTCC on a visit to London, Ecuador Ministerial Advisor Daniel Ortega said hopes were high it would be accepted by the world’s larger oil producers in May.

“We think it is a proposal that can generate a sufficient amount of resources, so as perhaps to match 80% of what is needed for the Green Climate Fund.” 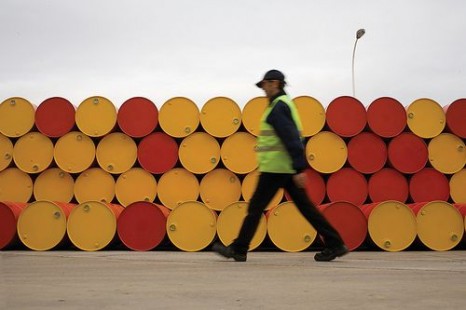 Ecuador has already consulted some OPEC partners, and Ortega says the concept is “politically acceptable to everyone”.

As yet the finer details on how it would be implemented, including who collects the money and how that gets to the Green Climate Fund. Ortega also stresses that the effect on demand for oil will also have to be assessed – a critical concern for all 12 OPEC members.

“OPEC meetings have their own politics but we believe we can make some progress when this group gets together and actually explores the mechanism,” he said.

“Perhaps what is most important at this time is that the OPEC countries agree that the sources of financing should be discussed under UNFCCC, and if this proposal actually provides incentives for that to occur, it is more than welcome.

“Some of the questions have been targeted at how the mechanism actually works. I think the idea of generating resources for all developing countries through a tax of this kind is politically acceptable to everyone.”

The idea of a tax on oil was first suggested in 2001 by Herman Daly, formerly a senior environmental economist at the World Bank.

Ecuadorean president, Rafael Correa resurrected the concept last October at a summit of Latin American and Arab countries, where it was greeted with interest.

What is often called the “Daly-Correa tax” was discussed by OPEC countries at the last round of UN climate talks in Doha, although no formal resolution or position was announced.

OPEC could in theory take a unilateral decision and impose the tax, but it could face protests from key importers such as the EU and USA.

The Organisation’s oil exports represent about 60% of the total petroleum traded internationally, and because of this market share, OPEC’s actions influence international oil prices.

But to be effective it would need to be matched by other leading oil producers, such as Russia or China.

A move solely by OPEC could also offer supporters of the controversial Keystone XL pipeline with another reason to back the project, which they argue will reduce the USA’s reliance on imported supplies.

Sourcing funds for climate mitigation and adaptation projects in the developing world is becoming an increasingly tough process.

The Green Climate Fund is expected to start its work in Songdo, South Korea in the second half of 2013, which means that it can launch activities in 2014.

But it is currently a bank shaking its tin can on a street corner. The Doha round of talks ended with no new cash on the table.

Developed countries repeated a commitment to deliver on long-term climate finance support to developing nations, with a view to mobilizing US$100 billion both for adaptation and mitigation by 2020.

Germany, the UK, France, Denmark, Sweden and the EU Commission announced concrete finance pledges totalling US $6bn for the period up to 2015.

Ortega LONG from Responding to Climate Change on Vimeo.