Earth has 30 years before carbon budget is blown 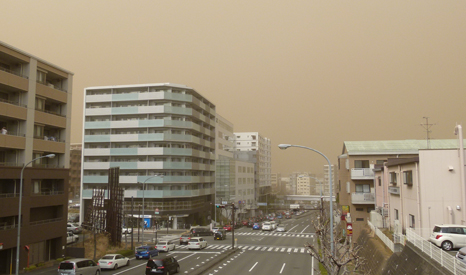 Governments have 30 years left before the chance of avoiding dangerous levels of global warming is lost, say scientists in a new report.

They warn that at current emission rates the levels of atmospheric greenhouse gases will lock in warming of above 2C by the mid-2040s.

And despite global calls to curb fossil fuel use, last year the scientists say emissions from fossil fuel combustion and cement grew 2.3% to a record high of 36.1 billion tonnes.

“If carbon capture and storage technologies are not realised, it may not be possible to keep the temperature increase below 2C,” said Glen Peters, a scientist at the Centre for International Climate and Environmental Research in Oslo.

The research, based on three peer reviewed papers released this year, is published in the annual Global Carbon Budget study, which receives funding from the governments of Australia, Japan and Norway.

Analysis: How much worse is a 4 degrees world?

The scientists highlight the continued growth of China’s emissions as a major concern. China now emits more than the US and EU combined, despite a slight lull in CO2 growth in 2013.

The Intergovernmental Panel on Climate Change says the world is heading for warming between 3-5C by 2100 under “business as usual” scenarios.

Temperature rises above 2C could accelerate ice melt at the North and South poles, and speed up glacier melt in the Himalayas and Andes, resulting in higher sea levels.

Earlier this year scientists said Western Antarctic glaciers had already started an unstoppable slide into the sea as a result of warmer oceans.

Last week the World Meteorological Organisation (WMO) said August 2014 was the hottest August on record since 1880.

It also revealed the northern hemisphere summer of June-August was also the hottest on record, which it said was driven largely by warm oceans.

“Time is not on our side,” said WMO Secretary-General Michel Jarraud in an emailed statement.

“With every year that passes, greenhouse gas concentrations reach higher and higher levels. The more we wait, the more difficult, the more expensive, the more challenging it will be to adapt to climate change caused by human activities.”