For the first time UN scientists have set a limit on the amount of greenhouse gases that can be released – but is there an alternative? 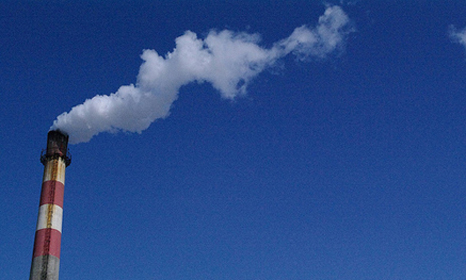 Amid the swirling cross-currents of praise and damnation which greeted last week’s publication of the Intergovernmental Panel on Climate Change’s Fifth Assessment Report (AR5), one key finding has attracted fewer headlines than it deserved.

The authors of AR5 said the world had already used between half and two-thirds of its “carbon budget” – the amount of carbon dioxide it can afford to burn this century without pushing us over the edge to a planet more than 2°C warmer than in the pre-industrial era.

The 2°C threshold is a limit agreed by most of the world’s governments as a safety point beyond which global warming could lurch uncontrollably towards a possibly irreversible catastrophe for modern society.

It is not a scientifically-validated figure, and many climate scientists argue that it would make better sense to stop warming increasing above 1.5°C. But at least the 2°C limit has wide political acceptance – in principle.

In practice, though, emissions of all greenhouse gases continue to rise, with little prospect that they will start falling any time soon.

He said recently: “If we continue with business as usual, the long-term average temperature increase is more likely to be between 3.6°C and 5.3°C (compared with pre-industrial levels), with most of the increase occurring in this century.”

The IPCC has now set a total for the amount of CO2 and other greenhouse gases which it has concluded can safely be burnt during this century while offering at least a 50% chance of staying below the 2°C figure. The total is somewhere between 820 bn and 1,445 bn tonnes.

The quantity of greenhouse gases entering the atmosphere each year is now around 50 bn tonnes, so without sustained reductions there must be a fair chance – on present trends – of reaching the IPCC’s lower limit around 2030.

If emissions continue to rise, though, there will be less time left to ensure the world remains within the IPCC’s frame.

The introduction to one section of the IPCC’s Fourth Assessment Report, published in 2007, concluded that unless energy policies changed substantially the world would continue to depend on fossil fuels until 2025–2030, and that they would supply more than 80% of its energy.

Annual global energy-related CO2 emissions in 2030 were expected to be 40-110% higher than in 2000, with two-thirds of the increase originating in developing countries.

If there is any realistic possibility of stringent emissions cuts being first agreed and then implemented, one logical conclusion is that a large proportion of the world’s hitherto untapped coal, oil and gas reserves will have to remain underground, as exploiting them would simply produce wasted assets.

Renewables ‘are a better bet’

Lord Stern, the British academic who used to be the World Bank’s chief economist, says the IPCC’s carbon budget calculations must underlie the international climate negotiations.

These are due to resume in high gear next month in the Polish capital, Warsaw, and to conclude in Paris in 2015 with a new worldwide agreement on emissions cuts.

The Carbon Tracker Initiative aims to improve the transparency of the carbon embedded in equity markets by identifying the scale of unburnable carbon currently listed on the world’s stock exchanges in order to show the risk facing markets.

It says renewable energy is a safer investment bet than “the unburnable carbon bubble”.

The Initiative’s chairman is Jeremy Leggett, who published a book last month, The Energy of Nations: Risk blindness and the road to renaissance.

He argues that fossil fuel and mining companies are greatly overvalued on the stock market, basing much of their worth on assets which should remain locked away where they are, safe below ground.

He may well be right. But it’s not an argument likely to appeal very strongly to states intent on buying cheap and available energy to lift their people out of poverty – nor to states anxious to sell hydrocarbons, either. Expect interesting times ahead.