US and Japan set to make Green Climate Fund pledges

The US is poised to pledge at least $2.5 billion to help poor countries tackle climate change, with Japan offering $1-1.5bn 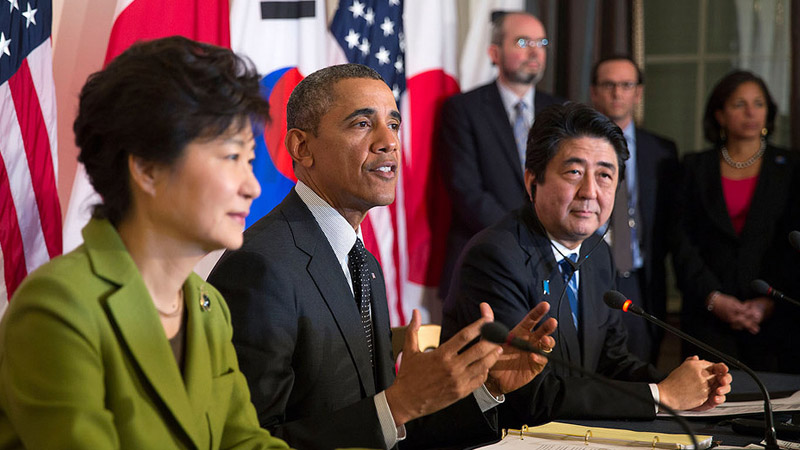 US president Barack Obama is expected to commit US$2.5-3 billion to the Green Climate Fund
(Pic: Flickr/White House)

The US and Japan are poised to make substantial pledges to help poor countries deal with climate change, raising pressure on other major economies to follow.

President Barack Obama will reportedly put between US$2.5 billion and $3bn and Shinzo Abe $1-1.5 bn towards the UN-backed Green Climate Fund.

The UK is expected to offer $1 billion over two years, a source familiar with the matter told RTCC, matching pledges by France and Germany.

Together with smaller commitments, that would take the total up to US$7-8 billion, approaching the green bank’s $10 billion target.

It comes as leaders of the world’s largest economies meet in Brisbane, Australia, for a summit of the G20.

While not officially confirmed, the reported pledges will turn attention to countries like Canada, New Zealand and the host nation to stump up.

Next Thursday, Berlin hosts a “pledging summit” to nail down those last contributions.

Héla Cheikhrouhou, who runs the fund, said last month the recipient programmes were ready to roll.

The money is to be divided evenly between projects to help developing countries reduce their emissions and adapt to the impacts of climate change.

The reports on climate finance follow a groundbreaking deal between the US and China to curb greenhouse gas emissions.

Climate negotiators said the bilateral pact injected momentum into efforts to reach an international climate deal in Paris next year.

Asked about the Green Climate Fund a year ago, Abbott said: “We are not going to be making any contributions to that.”

But he grudgingly included a paragraph on climate change in a draft conclusion for the G20 meeting.