Australia agrees to include climate change on G20 agenda 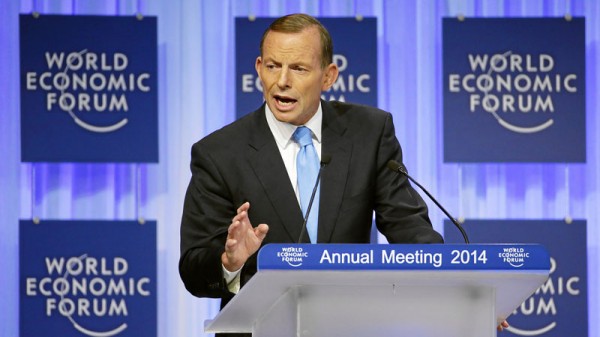 Australia’s has agreed to discuss climate change at the G20 summit in Brisbane, backing down on an earlier promise to ignore the issue.

The concession appears to have been made grudgingly and as result of tough diplomatic pressure from the US administration.

Prime Minister Tony Abbott had refused to include it on the agenda, arguing it would distract from moves to stimulate economic growth.

But a draft communique circulating amount member countries ahead of the summit of the 15-16 November now includes a paragraph on climate change, Australian media reports.

In the official summary of proceedings, a paragraph on climate change is included under the heading of energy efficiency.

Abbott’s initial decision met with international disapproval from leaders who hoped to use the forum to discuss the issue.

US ambassador John Berry said that climate change was an issue that “the United States will raise in every international forum”.

While other countries, including the US, are stepping up their rhetoric on the need to tackle climate change, Abbott has cut back Australia’s existing climate policies.

In July he fulfilled his election promise to abolish the carbon tax, claiming it was costing consumers and hurting heavy industry.

This week Abbott’s government filled the hole in Australia’s climate policy by passing its own Direct Action Plan, which establishes a pool of funds which will be used to incentivise emissions reductions.

The AUS $2.55 billion fund has been criticised as inadequate for making the level of emissions cuts required of Australia. The country has committed to reduce its emissions by 5% on 2000 levels by 2020.

The deal struck with the Palmer United Party in order to secure the DAP bill included a compromise for Abbott’s government: an eighteen month review of an emissions trading scheme for Australia.

Greg Hunt, Australia’s environment minister, said the deal was an “important gesture” to pass the deal, although he will not have to implement the findings of the review.

“While it’s encouraging to see the door left open to a future ETS if there is a change in policy, and institutional arrangements kept in place, the continued flux in Australia’s climate policies is not good for building investor confidence,” said IETA president Dirk Forrister.

“Investment decisions need to be made now, not in 2020, if we are serious about meeting the 2C goal.”