Executive director hails Barbados meeting as start of an era for GCF, expects US$10 billion by end of 2014 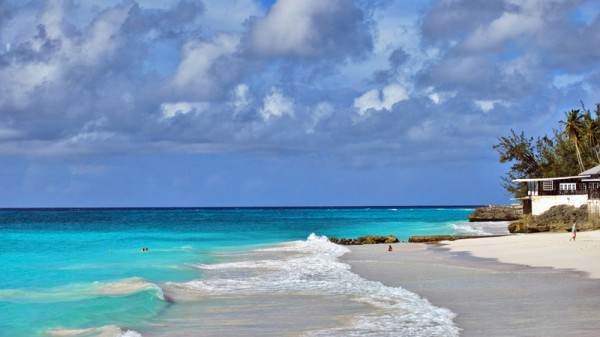 Negotiators spent a week deliberating the future of the GCF in Barbados (Pic: Berit Watkin/Flickr)

The head of the UN-backed Green Climate Fund is expecting further pledges of financial support after the board resolved key questions over its governance.

A week-long meeting in Barbados concluded on Saturday, with board members declaring agreement on a variety of administrative issues, including the types of organisations that can receive GCF funds.

The decision could allow the UK and US governments to add their funds to the GCF pot. They have yet to pledge contributions, citing uncertainty over whether the GCF was ready to start work.

“The fund now has the capacity to absorb and programme resources that will be made available to it to achieve a significant climate response on the ground,” said Héla Cheikhrouhou, executive director of the Green Climate Fund.

Developed countries who have not yet contributed to the GCF will now be expected to outline their plans at a meeting in Berlin on November 19-20.

Earlier this year Cheikhrouhou said she wanted US$10 billion by the end of 2014.

France and Germany have offered US$1 bn each, with Sweden, Denmark and Switzerland among others offering smaller amounts.

“The Board made enough progress at this meeting to set the stage for a robust pledging session in November,” said GCF observer Karen Orenstein, from Friends of the Earth.

“That’s when we’ll see if developed countries like the US, UK and Japan put their money where their mouths are.”

Action Aid’s Brandon Wu, also following the meeting in Barbados, said “countries planning to pledge in November – including the US – have what they need”.

US and UK government officials have said they intend to reveal their pledges later this year, but it is unclear if this will put the GCF over the $10bn mark.

Oxfam says the US should offer US$4.8bn, based on the size of its economy and its historical emissions.

But speaking to reporters last week lead US, climate envoy Todd Stern quashed any hopes Washington could offer that much, citing opposition to the GCF on Capitol Hill.

“If there’s a way to get money that doesn’t involve Congress you’ve got to tell me about it,” he said.

#GCF Board meeting almost finished: achieved in the end the necessary technical results for allowing contributions to come in

Norbert Gorissen, Germany’s head of climate finance, tweeted that the “necessary technical results for allowing contributions to come in” had been achieved.

But he said more work was needed on the investment framework, setting out what kinds of projects the fund would help.

Observers say 21 decisions were taken by board members during a 19-hour session that ran from Friday afternoon to Saturday morning.

A move from some developed countries to link votes on the board to monetary contributions to the fund, similar to the World Bank, was rejected.

It is also unclear what role the private sector facility will play after a decision was deferred on the scale of investments it could attract.

This is expected to leverage billions for the GCF, but is still regarded with deep suspicion by many poorer countries and NGOs.