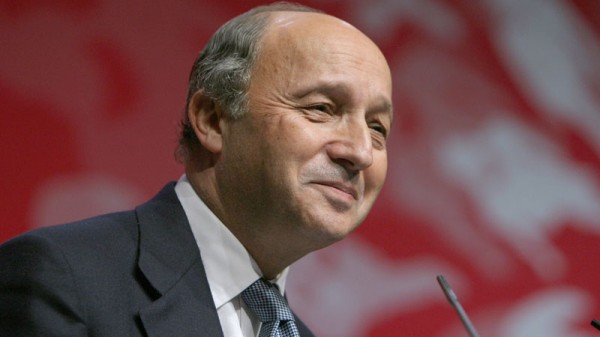 The world’s top climate policymakers have warmly welcomed an announcement by the US and China of new emissions reductions targets.

Ministers around the world welcomed the move as an important step towards a successful UN climate agreement next year.

“I consider this deal as good news,” said Laurent Fabius, the French foreign minister who will be president of the landmark UN conference in Paris next year, where the UN’s new emission cutting agreement is expected to be signed.

The targets were “limited”, he said, but would encourage all countries to come forward with their own actions on tackling climate change.

EU climate and energy commissioner Miguel Arias Canete said the move by the US and China was a “positive, timely, important step in the right direction”.

In a nod to this weekend’s summit of major economies in Brisbane, he added: “Now we need other G20 countries to play ball”.

EU leaders Herman Van Rompuy and Jean-Claude Juncker suggested that their bloc’s own 40% emissions reduction target for 2030, confirmed in October, had prompted the US-China announcement.

“This announcement shows that the call by EU Leaders on 24 October to other countries to come forward quickly with their intended greenhouse gas emissions reduction targets is being answered,” they said in a statement.

The world’s chances of limiting temperature rise to 2C, the politically agreed “safe” threshold, would depend on further announcements from other G20 countries, they added.

Cambridge University economist Chris Hope has calculated that the goals announced by the US and China, together with European Union commitments, offer a less than 1% chance of staying within that threshold.

UK climate and energy secretary Ed Davey claimed his government, which pushed for a 50% emissions reduction target at EU level, had also played a role in prompting the announcement.

“The UK led the drive to achieve an ambitious new EU target, and others are now following the EU’s lead and putting targets on the table,” he said.

Bill Shorten, leader of the opposition Labor party in Australia, said that it would put pressure on the country to act, as it prepares to host the G20 summit of major economies in Brisbane this weekend.

Prime minister Tony Abbott has only reluctantly agreed to include climate change on the agenda after international pressure, including from the US.

“At the G20 this week, Australia will hold the embarrassing title of being the only nation going backwards on climate change,’’ said Shorten.

Meanwhile, ministers from small island nations – which are among the most vulnerable to climate change – issued a cautious statement of welcome from a gathering on the Seychelles.

“We look forward to more detailed information about how the commitments match up against what is needed to ensure a safe global climate,” they said.

“We recognize the importance of bilateral cooperation between these two countries, but the numbers must add up.”