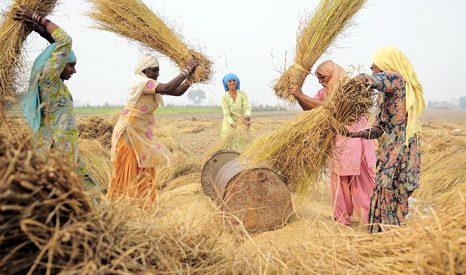 Indian prime minister Narendra Modi has made clear his priority is economic development.

Protecting the environment appears to be a secondary concern, as shown by his intention not to attend Ban Ki-moon’s climate talks next month.

Yet if the world continues on its carbon-intensive path, climate change will slash up to 8.7% a year off India’s GDP in 2100.

That was the stark conclusion of analysis from the Asian Development Bank (ADB) published on Tuesday.

“South Asia’s economy is under serious threat and the lives and livelihoods of millions of South Asians inhabiting the region’s many mountains, deltas, and atolls are on a knife edge,” said Bindu Lohani, ADB vice president for sustainable development.

Other countries in South Asia will be even worse affected by floods, droughts and other extreme weather caused by climate change, the ADB found.

Bhutan and Sri Lanka can expect the lowest impacts in the region, but these still amount to 6.6% and 6.5% of GDP respectively.

The costs will initially be much smaller, but progressively increase as rising temperatures reduce crop yields and increase energy demand for cooling.

Between now and the end of the century, the cost of dealing with climate change across South Asia is an estimated US$73 billion a year, or 0.86% of GDP.

That is based on the 4.6C temperature rise forecast by scientists if business continues as usual.

International negotiators are seeking greenhouse gas emissions cuts to limit warming to 2C, seen as a “safe” level of warming.

The report highlights the scale of the risk climate change poses to the region’s 1.43 billion people, of whom one third live in poverty.

India has historically resisted calls to cut its own emissions, arguing that developed nations must first play their part.

Modi’s incoming government has promised to overhaul its approach to climate talks.

Coal, oil and gas are set to play a significant role in the country’s energy mix and bring electricity to the estimated 400 million people currently going without.