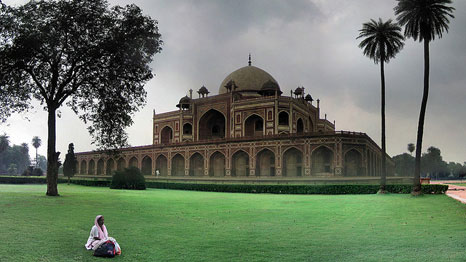 India will take more of a leading role at UN climate negotiations from now, according to environment minister Prakash Javadekar.

He said that India would “reposition” itself within the negotiations, which are set to conclude next year in a global agreement to combat climate change.

“From 2020, the new protocol will start….We will strengthen our Climate Change negotiation team,” said the minister, who also runs the country’s information and broadcasting department.

He added that they would undertake intense “lobbying” for a “good strategic relationship” with other like-minded countries.  “We will do more meaningful representation in the world events,” he said.

Javadekar was speaking after a meeting with French Foreign Minister Laurent Fabius, who is orchestrating the 2015 Paris climate summit, where countries are scheduled to agree a new greenhouse gas emissions reduction deal.

This week France announced it would offer India €1 billion of credit for climate control projects.

Greater engagement with the UN climate process from India could prove a boon to the talks.

The country is the third largest carbon polluter after China and the US, but has so far been reluctant to take on significant cuts to its emissions because it is a developing country, preferring countries with greater historical responsibility to take the lead.

Javadekar made his comments following an environment conference in Nairobi, where it was evident that India had become more willing to engage, said Saleemul Huq, a senior fellow at the International Institute for Environment and Development (IIED).

“It’s a good sign, to be positive about what they are doing and encouraging others to do more as well. I think that is better than simply blaming others.”

The conference was one of the first high-level events on climate change attended by India since Narendra Modi was elected in May.

Huq added that their attitude indicated the new government was ready to rise to the challenge of climate change.

India was not obliged to take any binding action to reduce emissions under the last major climate treaty, the Kyoto Protocol, and has so far lobbied for a similar approach to the new deal.

Other nations, including the US and the EU, say that this binary division should be cast out of the new agreement.

The UK’s special representative for climate change, Sir David King, warned that India’s approach to date was threatening to “derail” a climate deal, with no clear signal on whether they would be willing to sign.

Samit Aich, head of Greenpeace India, said that it was still “early days” for a government that has also shown its willingness to exploit its coal resources in order to lift the country out of poverty.

“The current government believes that delivering growth is a key priority. In order to do this, they are going to ramp up fossil fuel use – especially coal. This is basically equating development with a “right to pollute”. India needs to move beyond this old world view of development and create a new and bold pathway of sustainable growth.”

He added that the UN climate negotiations could be a “platform” for India to show new leadership in both demanding developed country action and offering their own solutions.

“Time is running out for the planet and this government is key in delivering a fair and ambitious outcome at Paris.”