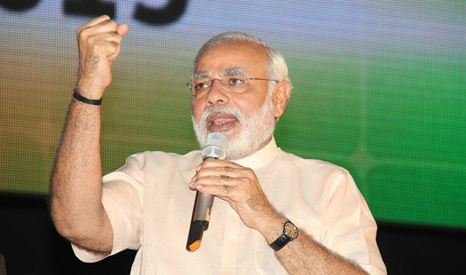 The meeting at UN headquarters, announced in 2012, is intended to raise the level of awareness among heads of state and business of the threats posed by global warming.

Modi’s absence will be seen as a serious snub to Ban and the UN process. India is the world’s third largest greenhouse gas emitter, and has a key role in talks on developing a global response.

The Times of India says “several considerations” were involved in the decision to avoid the meeting, which is not directly linked to UN talks on a emissions reduction treaty, due to be agreed in 2015.

It says Modi’s advisors are concerned that if he attended the meeting, “he would have nothing to do” until a scheduled summit with US President Obama in Washington on September 30.

UN climate chief Christiana Figueres told RTCC US President Barack Obama and Chinese premier Xi Jinping are likely to take part in the meeting, which has three hours at the start allocated to ‘national announcements’ from world leaders.

Ban has asked countries to come armed with “bold pledges” on how they intend to tackle climate change.

Delhi’s decision will raise yet more questions over the Indian government’s commitment to addressing climate change, despite the country’s known vulnerability to changing weather patterns.

Malini Mehra, founder of the Centre for Social Markets NGO and a veteran Indian climate campaigner, said last week the timing of the meeting was a “real gift”, allowing Modi the chance to outline his own solutions.

“Typically heads of state would go to the general assembly, but this is bigger than that, and all of the issues that he picked internationally… Ukraine, Gaza, he’s chosen not to make a soft power play on any of those issues.

“The question is – is he going to make a soft power play on climate change? And he could very well do so. This is where we have to raise expectations.”

RTCC has called the prime minister’s office for a comment and will post a reply if and when it arrives.