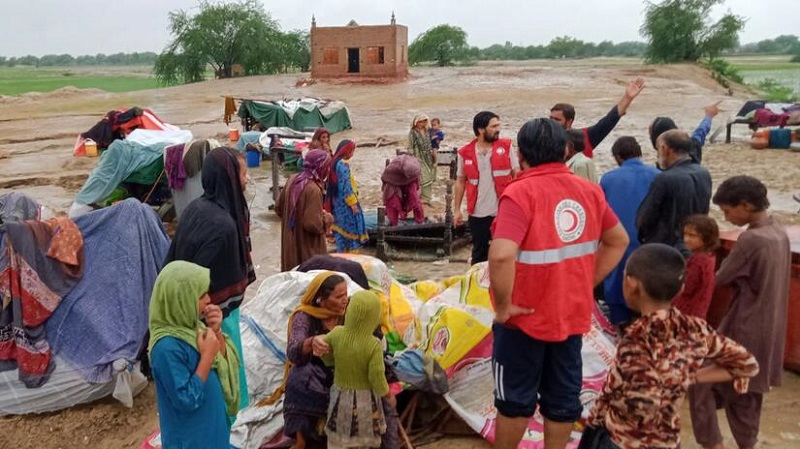 The global financial system is letting down the world’s most climate vulnerable nations.

Many developing countries have become trapped in a spiral of rising debts levels, high borrowing prices, the inability to print money and soaring costs of recovering from unavoidable climate impacts.

But this week may have offered a ray of hope.

Denmark has become the first UN member state to pledge loss and damage finance: cash for developing countries to recover from climate losses and damages which couldn’t be adapted to. This is a critical milestone.

While the amount pledged is small, the symbol is mighty.

In practice, it will demonstrate what loss and damage support can look like on the ground.

Part of the money is earmarked for innovative partnerships with civil society groups working to address loss and damage in affected countries.

Another chunk is for an existing insurance initiative, which sponsors insurance in poorer countries. These mechanisms have been criticised by some campaigners who argue that poor nations are still left with a bill and that insurance isn’t a solution to slow-onset events such as sea-level rise.

Who pays for damages caused by climate disasters remains a difficult conversation. “I’m not going to take the ‘feeling guilty’,” US special envoy John Kerry snapped at an event this week.

Addressing the UN general assembly in New York, UN chief António Guterres sought to offer a solution. He told advanced economies to tax oil and gas companies’ windfall profits and channel some of the revenues to vulnerable nations recovering from climate impacts.

But the most ambitious idea came from Barbados’ prime minister Mia Mottley: an overhaul of the financial system that, she says, can deliver trillions of dollars for investing in climate action and resilience.

It will require reforming the IMF and the World Bank and a massive expansion of cheap lending to developing countries. Mottley tested out the plan with a select group of leaders during a retreat in Bridgetown this summer. This week, she took it to the rest of the world.

Her plan will require the leadership of the top financial institutions. That of World Bank president David Malpass has come under serious questions.

Malpass repeatedly refused to say whether he accepts that burning fossil fuels is warming the planet during an interview with New York Times’ reporter David Gelles. The exchange sparked global outcry and widespread calls for the US, the bank’s largest shareholder, to push Malpass out.

The Trump-appointed banker later rowed back on his comments in an interview with CNN. Yet the row is unlikely to be forgotten quickly.