Comment: Frans Timmermans and John Kerry are downplaying historic responsibility for the climate crisis. That’s a red flag for Africa 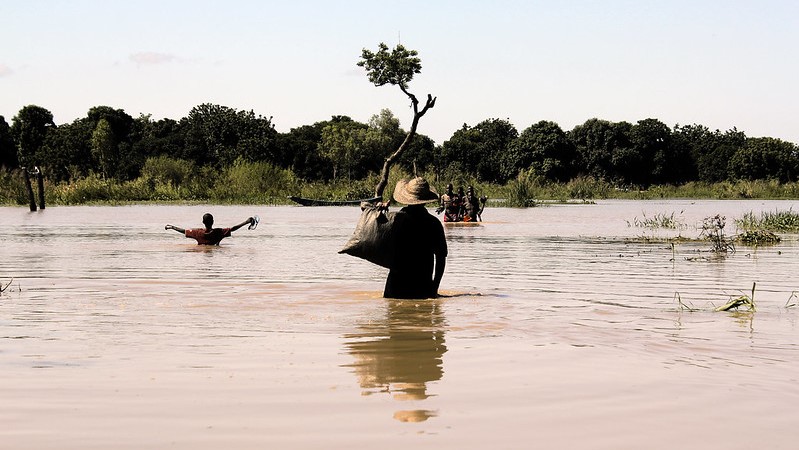 Africa’s contribution to climate change is historically negligible. Around 15% of the world’s population lives on the continent but contribute less than 3.8% of greenhouse emissions responsible for global warming.

Yet, the continent is the region that is most disproportionally affected by the impact of climate change.

The science and numbers show that Africa will feel the worst impact. The Intergovernmental Panel on Climate Change (IPCC)’s latest report shows Africa has “already experienced widespread losses and damages” due to climate change.

Its modelling also confidently shows that climate change has reduced the continent’s economic growth, increasing the inequality between Africa and industrialised nations.

The African Development Bank’s figures show that losses and damages in Africa are extensive. The bank gauges that the continent has been losing “5 to 15% of its GDP per capita growth because of climate change and its related impacts”.

Hence recent statements, notably by the EU’s climate chief Frans Timmermans and the US special envoy John Kerry, on where responsibility for climate change lies and Africa’s place in the debate have been unsettling.

Speaking to African leaders gathered for a meeting of the Global Centre for Adaptation in Rotterdam earlier this month, Timmermans argued that European citizens “will not buy the argument” that “those suffering the most consequences are not responsible for creating the crisis, which puts the onus on those who were responsible”.

Echoing this sentiment, Kerry told an African ministerial conference on the environment in Dakar that: “Mother Nature does not measure where the emissions come from.”

The elephant in the room driving the remarks is clearly China. The attempts to recast the questions of historical responsibility is driven by competition, even though Timmermans and Kerry never specifically mentioned China. Yet Africa is the one being trampled. The continent has become acceptable collateral damage to score geopolitical points.

It is difficult to view this as anything other than a leadership failure. In taking these lines, Timmermans and Kerry equate African responsibility to that of Western industrialised nations, without considering consumption patterns or historical responsibilities.

More concerning is that such remarks question one of the core principles of the Paris Agreement: common but differentiated responsibilities. Under this concept, countries agreed that countries are collectively responsible for addressing climate change but some are more responsible than others.

The multilateral process ushered by the Paris Agreement and the engagement of Africa hinges on respect for the principle of differentiated responsibilities and on industrialised countries delivering on their pledges.

Arguably, attempts to reframe the notion of responsibility are aimed at renegotiating commitments around climate finance.

In 2022, data from the Organisation for Economic Cooperation and Development (OECD) confirmed that climate finance targets were again missed.

Africa’s finance needs for adaptation are estimated at $1.6 trillion – $2.5 trillion – that is 5-10% of African GDP being mobilised beyond current figures.

Recent statements and actions around climate finance are red flags African countries should pay attention to.

Many industrialised countries have signalled that their commitments to the climate agenda, including delivering on their Paris Agreement pledges, are conditioned on their domestic politics and geopolitical agenda.

Rich nations have shown they can change their development aid responsibilities at a whim. The United Kingdom recently reprogrammed climate finance from its aid budget to finance weapons purchases for Ukraine.

In their own interest, African countries need to be cautious of recreating the aid dependencies that will inevitably leave their economies vulnerable to external shocks such as changes in aid flows.

Sustaining momentum for the multilateral system requires the Paris principles, such as differentiated responsibilities, to remain at the heart of engagement between international actors and Africa. Delivering on commitments on climate finance and engaging with African countries constructively to ensure a just and structural transition of its economies is where leadership is currently required.