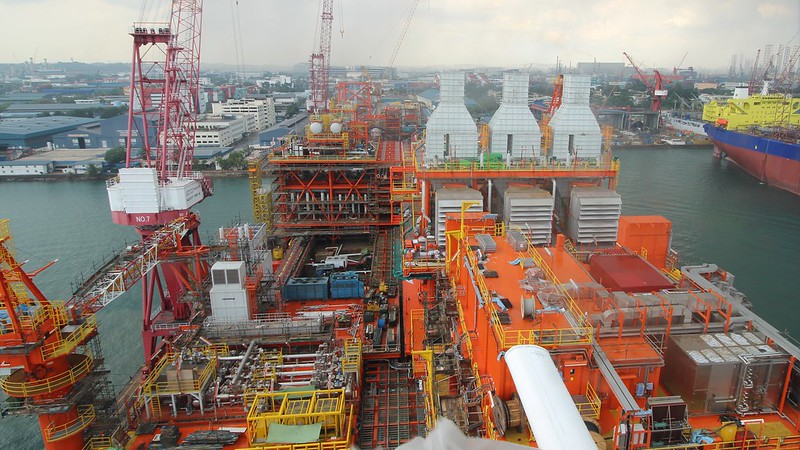 The UK is trying to build a coalition to defund coal, oil and gas and support clean energy instead.

They are going down the minilateral route: getting climate leaders to sign up to a strong statement rather than water down ambition in search of consensus.

That means framing it around a 1.5C warming limit, the toughest target of the Paris Agreement, and taking on all fossil fuels.

But there could be some wrangling over the language of the joint statement, which has yet to be published. Gas, in particular, is a grey area.

To gain broad acceptance, it needs to be a common project between developed and developing countries, not the rich dictating what is best for the poor.

There is growing consensus on the need to end coal power. South Africa, the most coal-reliant country on the continent, this week submitted a significantly strengthened climate target for 2030, based on embracing renewables and winding down the coal industry.

Gas, on the other hand, is central to some developing country energy plans.

Take Nigeria, which has the biggest energy access deficit in the world. The government backs increasing domestic gas production to address electricity shortages and replace wood fuel in cooking.

Reflecting this, no government or international finance institution has yet completely closed the door on gas. Even the most robust climate policies in the space include a handful of exemptions.

To get to truly fossil-free finance, these institutions need to show countries like Nigeria that clean alternatives are affordable and reliable. Rich countries meeting the overdue $100 billion a year climate finance target would be a good start.

It is also worth stressing that coal and gas are currently unaffordable and unreliable in much of the world. China is facing power cuts because of coal supply constraints. Europe faces high heating bills this winter.

In the short term, high prices will spur more mining and drilling. In the long term, the price hikes underline the benefits of reducing energy demand and meeting it with free wind and sunshine.