Many media reports have linked the power cuts to environmental policies aimed at curbing energy intensity, when high coal prices are the real culprit 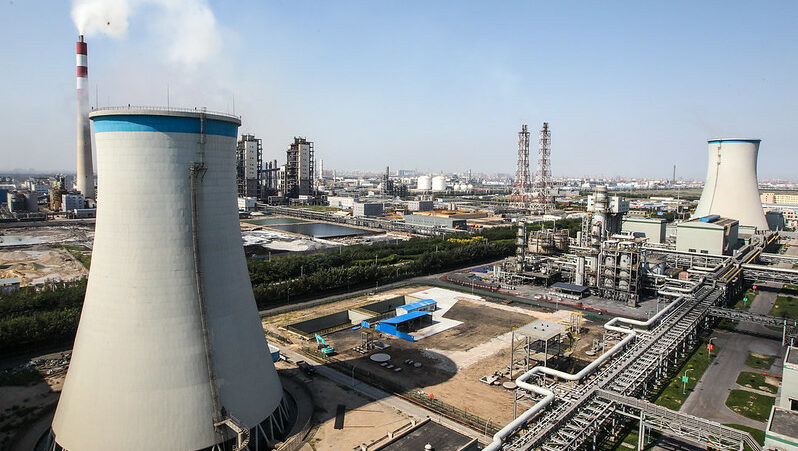 China is in the grip of a severe power crunch triggered by surging coal prices and supply constraints, forcing factories to curb production and leaving households without electricity.

Climate analysts are concerned that the power shortages, which have been attributed to environmental policies by many media outlets, could lead to a backlash against climate action.

Factories, owned by suppliers to companies including Apple and Tesla in the northeastern cities of Shenyang and Dalian, have been hit as provinces have been forced to ration power supplies. People in northeast China have said on social media that they are without heating and that lifts and traffic lights are not working.

Citizens and businesses are calling on the government to increase coal imports to allow businesses to continue operating and keep lights on. Han Jun, governor of the affected Jilin province, has said China should source more coal from Mongolia, Indonesia and Russia.

Following the Covid-19 lockdowns, China’s coal consumption has skyrocketed. This is partly due to the government launching a large number of construction projects to stimulate the economy, Lauri Myllyvirta, an analyst at the Centre for Research on Energy and Clean Air, told Climate Home News. This has not increased electricity prices, which are regulated, but has led to surging coal prices and forced many power plants to cut back on purchasing coal to avoid running a loss, he said.

According to Goldman Sachs, as much as 44% of China’s industrial activity has been impacted by the power shortages. The bank said on Tuesday that it was cutting its GDP growth forecast for China to 7.8%, from the previous 8.2%.

China gets 60% of its electricity from burning coal.

The power cuts have fueled misleading reports that environmental policies are to blame, rather than the high coal prices, analysts told Climate Home News.

The Chinese government announced earlier this month that it will introduce tougher punishments for regions that fail to meet targets aimed at cutting energy intensity.

“Statements by China’s grid operators have clearly attributed the cuts to high coal prices and low availability, but a lot of media stories have sought to link the [power cuts] to energy consumption control targets that a lot of provinces have struggled to meet this year,” Myllyvirta said. “This looks a lot like an attempt by the opponents of China’s climate policies and targets to make hay out of the situation.”

“This power shortage is not helping. People think they cannot do without coal,” said De Boer, adding it has highlighted the need for “an orderly climate transition where economic growth can continue and people’s livelihoods can continue to improve.”

“This episode is risky in that sense,” he said. “We want to see a win-win transition.”

Yan Qin, lead carbon analyst at Refinitiv, said “fossil fuel lobbyists will use this opportunity to argue for slacker emissions reduction targets for the provinces” in China’s 14th five year plan. The policy document sets out an 18% reduction target for CO2 intensity from 2021-2025.

Regulators are expected to intervene soon, added Qin, noting that they do not have many options available. “One would be to increase coal mine output at Inner Mongolia and Shaanxi as quickly as possible. The second would be to subsidise coal prices for power plants so that more of them are willing to operate,” she said.

The situation is unlikely to improve in the short term, especially with winter around the corner, she warned. “In the scenarios of extreme cold snap and low renewables output, China can see risks of power shortages again.”

In the short term it is essential that coal supply is increased to restore power supply, said Myllyvirta. “In the longer term, the rational response would be to dramatically increase investment in clean energy to reduce the vulnerability to such supply shocks,” he said.