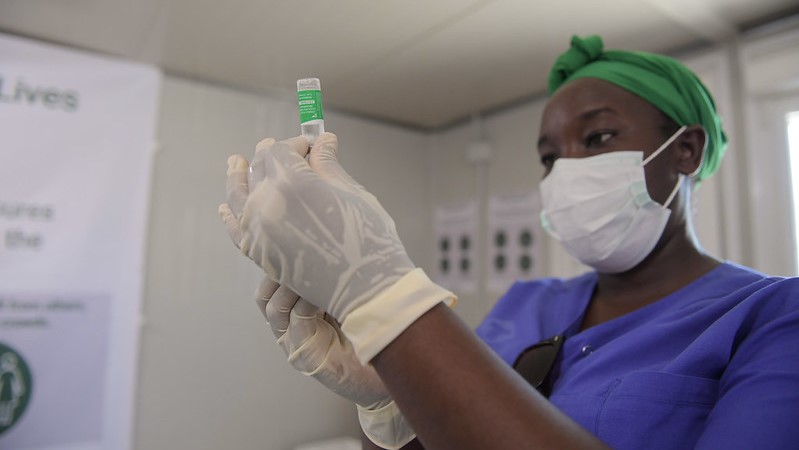 The UK government says the vaccines it promised developing country delegates unable to access them on time for Cop26 will start being administered next week.

With a four-week gap before the second dose, that leaves just enough time to get full protection by the end of October.

Organisers of the Glasgow summit insist that all delegates who applied for vaccines have been contacted about next steps. But earlier this week, campaigners in developing countries told Climate Home News they still hadn’t heard anything about how to get jabbed. Many are still waiting on the details.

Less than two months before the negotiations start in Glasgow, frustration is mounting among developing country delegates.

Ongoing uncertainty around vaccines and prohibitively expensive quarantine requirements for those coming from countries on the UK’s red list mean participation from some of the world’s most vulnerable nations risks being limited.

“The biggest frustration is the feeling that some are trying to organise the summit without the participation of certain countries – the feeling that the UK government is telling us: don’t come,” one negotiator from the Democratic Republic of Congo told Climate Home.

The UK has repeatedly said it will deliver “the most inclusive Cop ever”. The developing world has already had a taste of unmet promises.

Failing to deliver the jabs on time risks exacerbating tensions between rich and poor even before delegates arrive at the conference centre. What happens over the next few weeks, the UK will need to get right.

Climate Home is seeking stories from the Arctic for its climate justice reporting programme.

How are Arctic communities on the front lines of climate change tackling the worsening threats to their lives and livelihoods? We want to highlight the stories of women, youth and indigenous people who are creating and sharing their own solutions for resilience.

This year, our climate justice reporting programme has shone a light on how Chile’s new constitution could return water to rural communities and how women and youth are leading Kenya’s coral reef revival.

If you have a climate justice story from the Arctic, please get in touch with Isabelle Gerretsen by emailing [email protected]