Most campaigners from developing countries have heard nothing about how to get jabbed, with time running out before the critical UN climate conference 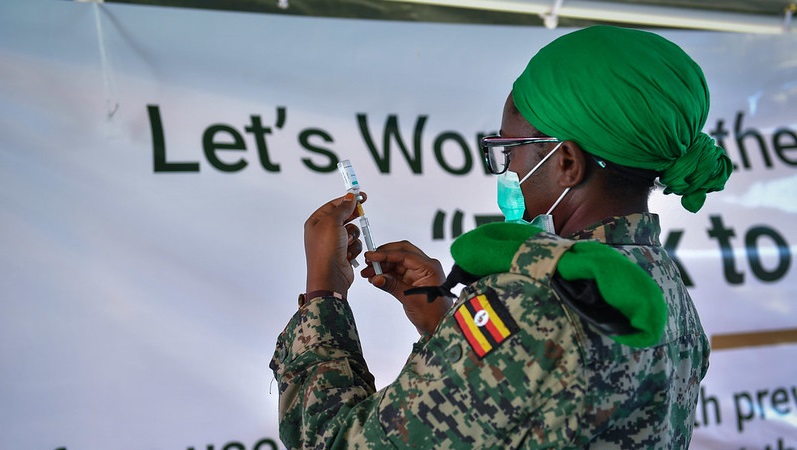 Delegates to Cop26 from developing nations are increasingly frustrated by a lack of information about how they can access Covid-19 vaccines ahead of the Glasgow summit.

The UK host announced in June that it would provide jabs to delegates from developing countries, who wouldn’t otherwise be able to get them before the UN climate talks taking place 31 October – 12 November.

Negotiators and civil society representatives due to the attend the conference were asked to apply for the vaccines by 23 July.

As of 1 September, no vaccines had been delivered by the UK government and most of those who applied had heard nothing about if, when and how they would receive the jabs.

Climate Home News has spoken to climate campaigners in Nigeria, Senegal, Kenya, Pakistan, Argentina and Nicaragua who don’t know whether they will safely attend the critical event. They told Climate Home the situation was stressful and unfair, threatening to limit participation from poorer parts of the world.

The UK Cop26 organisers insisted all delegates who requested a vaccine had been contacted about how to book appointments. The first doses of AstraZeneca are due to be administered next week, they told Climate Home. With a four-week gap before the second dose, that leaves just enough time to get full protection by the end of October.

“Working with our partners, we are on track to support all those registered to be vaccinated ahead of the summit,” a spokesperson said. They did not disclose how many people applied for jabs through the Cop26 registration process.

Among civil society representatives who applied for vaccines through the scheme, confusion reigns.

Alejandro Aleman, of Nicaragua, and the regional coordinator of Climate Action Network Latin America, told Climate Home: “This is just another promise they made to developing countries that they are ignoring,” he said. “If we don’t see honesty from both sides, this is eroding the trust that we might have in the UK presidency.”

Delegates in Senegal and Pakistan told Climate Home they had received an email earlier this month, explaining that the UK government was “ensuring that the small number of delegates from [their] country that have registered for vaccines through the UNFCCC website can be covered in this way”.

In recent days, vaccine applicants received another email, seen by Climate Home, informing them that some of their personal information needed to be passed on to third parties to arrange vaccine appointments and that they would need to sign a release of liability form.

Janet Milongo, a member of Climate Action Network’s secretariat in Kenya, said the email was a sign of progress but the lack of information about how and when vaccines will be delivered threatened equal participation in the talks.

“I expect there will be a lot of last minute running around,” she said, to book travel and accommodation. “Some delegates might need to back out” just weeks or days before the talks start, she added.

For a group of youth climate activists, the uncertainty about whether they will be able to access vaccines through the scheme remains.

Yusuf Baluch, 17, of Pakistan, is a member of Fridays For Future Mapa group, which represents the most affected people and areas. He told Climate Home that vaccination was not available for his age group in Pakistan.

Baluch said he and a number of other youth activists received the email update about the involvement of third parties earlier this week, only to find a second email in their inbox explaining the first message had been sent “inadvertently” and should be ignored.

“We were really confused,” said Baluch. Without a vaccine, Baluch faces 10 days of isolation in a quarantine facility upon arrival in the UK at his own cost because Pakistan is on the UK’s red list.

“I’m really frustrated. Instead of focusing on important upcoming negotiations and our plan [for Cop26], we are focusing on getting vaccines and visas. But we should be focusing on our future,” he said.

It is unclear how many negotiators have requested vaccines through the Cop26 scheme.

A number of national delegations have received Covid-19 vaccines through the Covax facility, which has shipped an estimated 230 million vaccines to 139 countries.

This is the case for the delegation from South Sudan, where just 0.5% of the population had received a first dose by mid-July.

In the Democratic Republic of Congo, which has the lowest vaccination rate per population in the world, negotiators are relying on Covax and a handful of doses obtained by the government, which has made vaccination mandatory for anyone attending the conference.

But with DRC on the UK’s red list, paying for the delegation’s five-day quarantine upon arrival in the UK “is the major challenge,” Aimé Mbuyi Kalombo, who will lead the country’s climate team in Glasgow, told Climate Home.

Since Monday, the delegation has been in talks with the UK embassy in Kinshasa about whether the UK government will cover part of the cost.

“If we can’t get support to pay for that cost, a number of people from the delegation won’t be able to come,” Kalombo said, adding that this risked affecting a number of negotiators following the climate finance discussions – a critical issue for the DRC government.

For Kalombo, the smaller the delegation, the more challenging it will be to follow all aspects of the talks.

“The biggest frustration is the feeling that some are trying to organise the summit without the participation of certain countries – the feeling that the UK government is telling us: don’t come,” he said.