After hurricane Ida swamped the city, experts set out how to increase the resilience of public transport infrastructure as flash-flooding events become more frequent 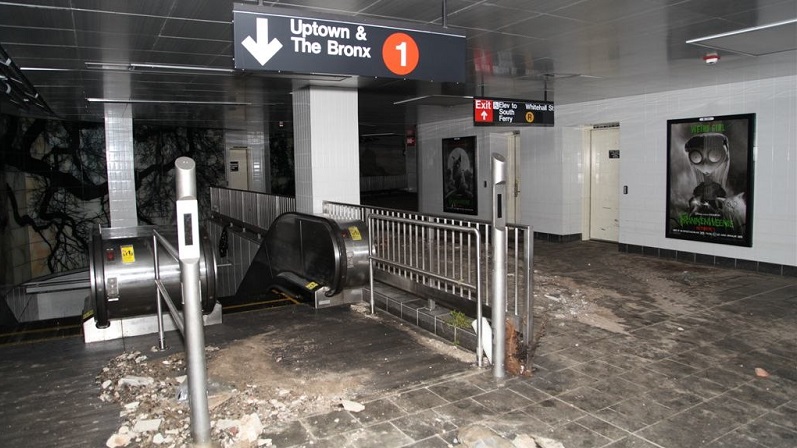 Although its wind speed fell after it made landfall near New Orleans, Ida brought intense rainfall to the New York City area and lethal flash-flooding.

Much of the city has been inundated and dramatic footage shared on social media showed water gushing down its underground train system, known as the subway.

As climate change heats up the oceans, much of the world is experiencing more intense storms and more frequent, heavy rainfall events.

As gravity drags water down, underground subway systems are particularly vulnerable to flooding.

New York has experienced this before, as Hurricane Sandy swamped the subway in 2012.

Across the Atlantic, this led London’s Underground to commission a report which found it was “only a matter of time” before serious flooding would strike the world’s oldest subway system.

Perhaps the most shocking example of subway flooding happened a few weeks earlier when 200 millimeter of rain fell on the Chinese city of Zhengzhou in just one hour and several commuters drowned on a subway carriage.

Even when it doesn’t lead to death, flooding can cause injury, distress and damage to expensive infrastructure.

Edwar Forero-Ortiz and Eduardo Martinez-Gomariz, of the CETaqua Water Technology Centre, have researched how to stop Barcelona’s subway system flooding.

They told Climate Home News that much of the water enters subways the same way people do – through stairs and lifts.

The water can be stopped with sandbags or by permanent obstacles like raised entrances – although this can hinder disabled peoples’ access.

A Shanghai subway station with a raised entrance (top) and a Paris station without one (bottom) (Photo: Sushiya/WikiCommons)(Photo: Moonik/WikiCommonskr)

Another solution is submarine-type doors, which former New York governor Andrew Cuomo promised for stations in low-lying areas in the wake of Hurricane Sandy.

Water also enters through ventilation grates, which are designed to bring fresh air from ground level to the subway. These can be raised to keep groundwater out, fitted with waterproof covers and can double as seating and bicycle parking.

As low-lying stations and sections of track are more liable to flooding, planners can build them higher up where this doesn’t conflict with other planning considerations.

Drainage pumps are designed to remove water from the system. But, Andres-Forero said, when water starts flooding the network at speed, the pumps become “useless”.

Ultimately, when sudden and intense rainfall is predicted, the only thing you can do, as New York did, is evacuate people.

Forero-Ortiz told Climate Home that, so far, “metro system administrations would rather pay the cost of post-event fixes than implement measures to prevent them, presumably at a higher cost, even though the frequency of these events is increasing significantly”.

But, he said, even a small increase in rain can have a “superlative” impact on the ability of subways to cope.

Most of the research into stopping subways from flooding has been carried out in China, which is home to the largest number of subway systems in the world, Andres-Forero said.

But dozens of new underground networks are being planned, particularly in China, India and Iran, as well as in storm-prone places such as Dhaka, in Bangladesh, Ho Chi Minh City and Hanoi, in Vietnam, where planners have a chance to minimise the impact of flash-floods on the system.