Conservation summit opens amid debate over role of indigenous people 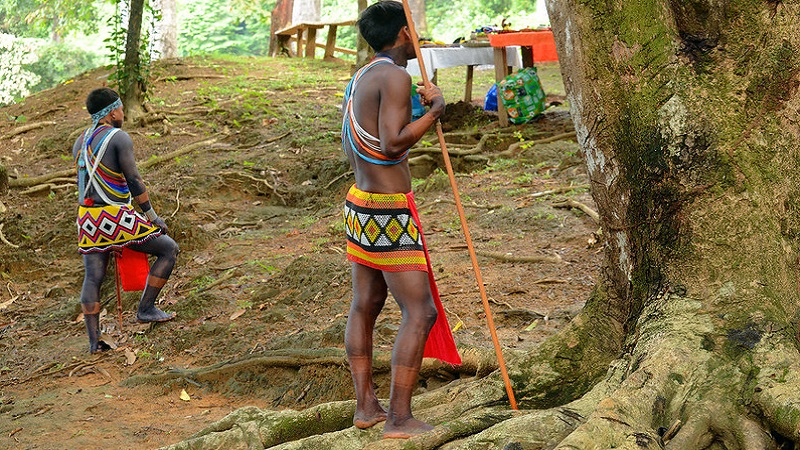 As a major biodiversity summit begins in the French port city of Marseille, human rights groups are raising concerns that some conservation measures are violating indigenous peoples’ rights.

The 2020 International Union for the Conservation of Nature (IUCN) Congress, which was delayed because of the pandemic, opened on Friday in a hybrid online and in-person format.

The Congress, which is held once every four years, brings together thousands of representatives from governments, civil society, business and academia. It will set the scene for critical biodiversity talks in Kunming, China, in May, when countries are due to agree on global goals to protect nature to 2030.

For the first time, indigenous organisations representing people from Latin America, Africa and Asia will be attending the IUCN Congress as full-time members. This reflects a rapidly growing recognition of their critical role in addressing the dual biodiversity and climate crisis.

In recent years, a ballooning body of studies has shown that indigenous territories have lower or similar levels of deforestation to other protected areas.

At the same time, research has linked the rise of “fortress” conservation, which closes off land and forests to human activities, with chronic patterns of abuse and human rights violations.

This has led indigenous peoples and human rights groups to call for a different approach to conservation that puts indigenous rights to land and natural resources at the heart of solutions to halt the destruction of the planet’s biodiversity.

A day ahead of the Congress’ opening, a group of human rights NGOs, including Survival International and Minority Rights Group, held a countersummit presenting an alternative vision for conservation.

They denounced calls for governments to protect at least 30% of the planet’s land by 2030 – up from a previous target of around 17%  – as a “false solution” which risks pushing local communities off their land and diverts attention away from the over-consumption and exploitation of natural resources, which they say is the root cause of the climate and biodiversity crisis.

Fiore Longo, of Survival International, told Climate Home News that expanding protected areas was “terrible from a human rights perspective” and could lead to one of the biggest land grabs in history.

“Indigenous people are showing that other models are working to address the biodiversity and climate crisis. There needs to be a recognition of their land rights,” she said.

Longo explained that part of the problem lies with the definition of protected areas adopted by IUCN and widely used around the world. Out of six levels of conservation measures, four exclude most human activities with exceptions for scientific research and tourism. Indigenous territories are not recognised as a category.

Longo said national parks and reserves in much of Africa and South East Asia have prevented indigenous people from carrying out their traditional hunting and fishing activities.

Baka people, pictured here in Cameroon, have been attacked by national park guards in the Republic of Congo. (Photo: Greenpeace/Kate Davison)

In Africa, protected areas have become militarised and defended by armed rangers, which at times have been accused of violence and physical abuse against local people.

“National parks are wonderful places but the product of violence and disfranchisement of non-white people,” he said.

“Our conservation thinking is based on Tarzan: a white man in the jungle with animals and no people. But it’s actually possible to protect species without kicking people off the land. There is no way we can claim to protect biodiversity if we can’t protect human diversity.”

Want climate news in your inbox? Sign up for free to get our weekly newsletter and occasional extra bulletins

Among the conservation community, there is widespread and growing recognition that human rights abuses have been carried out in the name of protecting wildlife.

Victoria Tauli-Corpuz, UN special rapporteur on the rights of indigenous peoples, wrote that human rights abuses in the world’s protected areas was part of “the disturbing uptick of criminalisation and even extrajudicial killings”.

Writing in a policy brief this month, UN’s special rapporteur on human rights and the environment David Boyd argued that achieving environmental goals “demands a dramatic departure from ‘conservation as usual’,” and called for a rights-based approach.

But for Trevor Sandwith, director of IUCN’s Global Protected Areas Programme, Survival International is wrong to say that mainstream conservation organisations are not putting communities’ rights at the heart of their approach.

“Most of the world’s remaining biodiversity is directly the result of indigenous peoples and local communities’ custodianship of the natural world,” he told Climate Home. “The idea of conserving more of the planet isn’t to take resources away from people but to recognise their right to conserve nature.”

Sandwith said IUCN has embraced the concept of conserved areas, where nature is being protected even if that isn’t the prime objective, such as in indigenous territories.

Conserved areas should be counted towards the 30% target without being turned into stricter protected areas, he said, adding that this had become a key issue at the UN biodiversity talks.

Central to this idea is to protect indigenous people and communities’ decision-making power on their land.

On this basis, Coica, a Pan-Amazonian indigenous group, submitted a motion to IUCN members calling for protecting 80% of the Amazon basin by 2025.

The group urged governments to ensure that indigenous peoples and local communities govern and manage new protected areas that overlap with their traditional territories.

José Gregorio Diaz Mirabal, lead coordinator of Coica, which represents 511 indigenous peoples and protects 66 uncontacted and voluntarily isolated tribes, said: “Our proposal comes at a time of desperation in the quest for solutions to stop the destruction of the natural world.

“What we are proposing is a new model, and it is a model that will work,” he said.