UK, US still need to deliver on climate – Climate Weekly 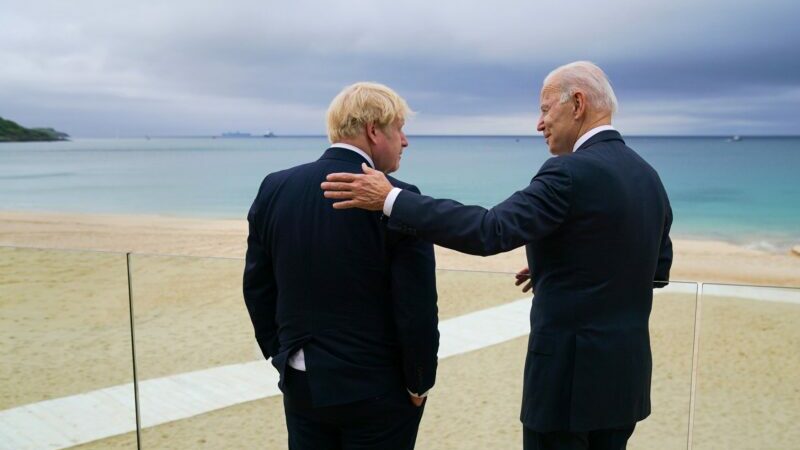 UK prime minister Boris Johnson with US president Joe Biden on the sidelines of the G7 summit in Cornwall (Pic: POTUS/Facebook)

The UK government received its climate grades this week and didn’t pass with flying colours.

The climate change committee (CCC) gave the government nine out of 10 for its commitments, but “somewhere below four” for delivery in its annual progress report to parliament.

Without a comprehensive net zero strategy in place before November, it will be difficult for the UK to deliver a successful Cop26, the committee warned. “Everyone is looking for action and delivery not just for promises,” said committee chair Lord Deben.

The UK has set the world’s most ambitious climate target for 2030, pledging to slash emissions by 57%, compared to 1990 levels. But CCC CEO Chris Stark said the government is not on track to meet this goal or its carbon budgets.

“Targets are not going to be achieved by magic. Surprisingly little has been done so far to deliver on them,” he said.

Across the pond, Joe Biden declared that he has reached a deal on his flagship infrastructure bill.

Biden resorted to splitting the $2 trillion bill in two to get Republicans and conservative Democrats, like West Virginia’s Joe Manchin, on board. He agreed to significantly watering down climate spending in a $1.2 trillion bipartisan package, scaling back support for clean energy and electric vehicles.

Biden said he would only sign this package if a spending bill is enacted at the same time that advances Democratic priorities like climate action.

Researchers told Climate Home that the bipartisan package does not match the ambition of US climate goals, a 50-52% reduction by 2030 and net zero by 2050, compared to 2005 levels.

“This year is the last best chance for America to pass major climate legislation,” said Joel Jaeger from the World Resources Institute.

It remains to be seen whether Biden will get a more ambitious deal through the Senate.