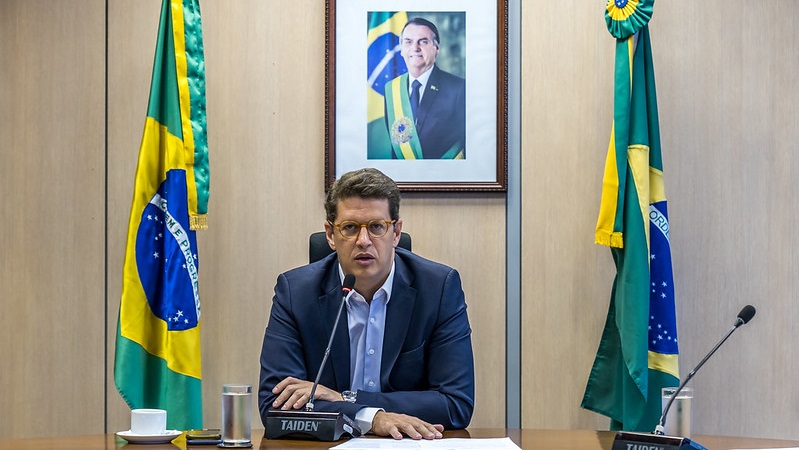 Ricardo Salles has been Bolsonaro's environment minister since he came to power in 2019. (Photo: Ministerio Meio Ambiente/Flickr)

Months after he was accused of colluding with illegal Amazon rainforest loggers, Brazilian environment minister Ricardo Salles has left office.

Environmentalists celebrated Salles’ exit but asked why it had taken president Jair Bolsonaro so long to give him the push. His replacement, Joaquim Leite, is an ally and Bolsonaro remains in favour of opening up the Amazon rainforest to business.

Salles has been environment minister since Bolsonaro came to power in January 2019. In that time, the rate of deforestation in the Brazilian Amazon increased.

Claudio Angelo, from the Climate Observatory NGO, said: “Salles was certainly a nasty symptom, but his removal leaves the disease untouched: Jair Bolsonaro is the key formulator of Brazil’s policy of environmental dismantling, and that shall remain essentially the same until the last day of his government”.

In April 2021, the top Federal police officer in the Amazonas region of Brazil accused Salles of having formed “a partnership” with the timber sector “in an attempt to obstruct the investigation of environmental crimes”.

The next month, the Brazilian Supreme Court ordered police to investigate Salles. They searched Salles’ bank and tax records and discovered “suspicious transactions” including an “extremely atypical movement” of R14m ($2.6m) involving Salles’ law firm, according to national media reports.

Salles refused to hand over his mobile phone to police, in defiance of a court order. The probe is ongoing and Salles has denied any wrongdoing, saying the investigation was “unnecessary” and “exaggerated”.

On Tuesday, Bolsonaro praised Salles, saying: “The marriage of agriculture and the environment was almost perfect. Congratulations, Ricardo Salles. It is not easy to occupy your ministry.”

But the next day, Salles resigned. Brazilian magazine Veja reports that the Supreme Court was about to release a “bombshell” in its investigation and Salles may have been required to send his mobile phone to US authorities to unlock its password. The organisation Salles is accused of colluding with smuggled illegal timber to the USA.

Environmentalists said Leite, who was reportedly appointed on Salles’s recommendation, has similar views to his former boss.

Claudio Angelo, from the Brazilian NGO Climate Observatory, called him “a carbon cowboy with close ties to agribusiness who will hardly change anything”.

Carlos Rittl, a Brazilian researcher at the Potsdam Institute, said he “has roots in the same archaic ruralism where Salles came from, that looks at forests and forest dwellers with 17th-century eyes: as obstacles to be taken out of its way.” 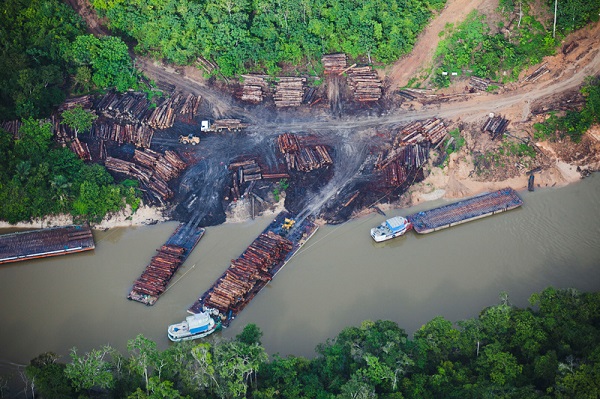 A logging yard and dock in the Amazon. There is no suggestion of criminality by those pictured. (Photo: Greenpeace/Daniel Beltra)

While Brazil’s domestic environmental policy is not expected to change, Teixera said Leite would have less power than Salles and the foreign ministry was likely to gain more control of climate talks.

Under pressure from the political centre, Bolsonaro recently replaced his climate-denying foreign minister Ernest Araujo with a career diplomat Carlos Alberto França, who has tried to re-integrate Brazil with multilateral organisations like the UN.

Led by Salles, Brazil’s climate negotiation team blocked progress on talks to establish common rules for carbon markets at the last UN climate conference in Madrid, Spain, in 2019, by refusing provisions that would prevent the double counting of emission reductions.

While at the summit, Salles trolled fellow delegates by tweeting a photo of a meat platter “to offset our Cop emissions”. Demand for beef is a major driver of Amazon deforestation, as trees are cleared for cattle ranching.

According to Veja and the Guardian, controversial talks between the US State Department and the Brazilian government had been suspended after the second investigation into Salles was announced. The State Department told Climate Home News last Friday that the talks were “continuing”.