UN-backed Production Gap report projects a 2% annual rise in global fossil fuel output this decade, when 6% cuts are needed in line with a 1.5C warming limit 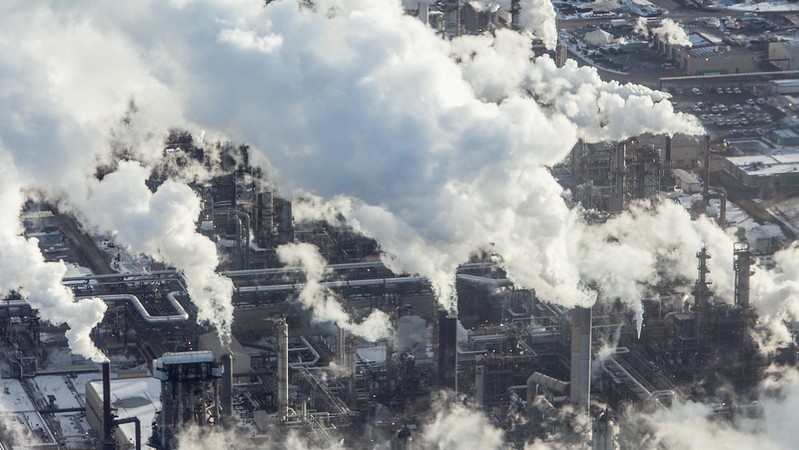 While some governments have promised a green recovery to the coronavirus pandemic, fossil fuel producing nations are planning to increase output of coal, oil and gas to levels inconsistent with commitments to limit global heating.

That is the warning of the Production Gap report, a major UN-backed analysis published on Wednesday, which calls on countries to coordinate an equitable and managed wind-down of fossil fuel production.

The coronavirus pandemic and restrictions to halt its spread have led to significant short-term drops in coal, oil and gas production this year, with global fossil fuel output falling by an estimated 7% from 2019 to 2020.

But while the pandemic cast uncertainty over long-term government planning, countries’ pre-Covid-19 plans and their stimulus packages point to a wide gap between projected fossil fuel production and action needed to meet global climate goals.

To be consistent with a 1.5C pathway – the tougher goal of the Paris climate agreement – global fossil fuel production would have to decline 6% per year between 2020 and 2030, and 2% annually to align with 2C, according to the report.

That means global coal production would need to fall by 11% annually, oil by 4% and gas by 3% in the next decade to keep to the 1.5C temperature target. Instead, countries’ projected fossil fuel production points to an average annual increase of 2% in the next nine years.

On that trajectory, by 2030, fossil fuel production would be more than double levels consistent with limiting warming to 1.5C – in line with projections made in 2019.

UN chief Antonio Guterres cited the findings in a “state of the planet” speech at Columbia University, describing the post-pandemic stimulus as a “moral test”.

“The trillions of dollars needed for Covid recovery is money that we are borrowing from future generations. Every last penny,” Guterres said. “We cannot use those resources to lock in policies that burden them with a mountain of debt on a broken planet.”

The analysis by four major research organisations and the UN Environment Programme is based on government data from eight major fossil fuel producing countries accounting for 60% of global supply: Australia, Canada, China, India, Indonesia, Norway, Russia and the US. All but India updated their production plans ahead of the pandemic.

Several countries not counted in the headline figures also signalled an intention to increase oil production: Mexico anticipated 50% growth to 2030, Brazil and the United Arab Emirates each planned for a 70% increase, and Argentina aimed for a 130% rise. Data for Saudi Arabia was not available.

As climate policy has been “near-exclusively” focused on reducing fossil fuel demand, it has created “a deep disconnect” between countries’ climate goals and net zero commitments, and their plans for energy production, the report finds.

With trillions of dollars pumped into the Covid-19 recovery, the report calls on governments to plan for “a deliberate and managed wind-down of fossil fuel production… in a sustainable and equitable way”.

Instead, the world’s 20 largest economies have committed $235 billion of Covid-19 stimulus money to sectors that support fossil fuel production and consumption, including airlines and car manufacturers. In contrast, $151bn was earmarked for clean energy measures.

Governments that heavily subsidised coal, oil or gas production prior to the pandemic largely doubled down on support to those sectors this year.

Ivetta Gerasimchuk, a lead author from the International Institute for Sustainable Development, said the economic shock of the pandemic had demonstrated the vulnerability of many fossil fuel-dependent regions and communities.

Developing countries bore the brunt of a fall in energy demand, slashing government spending in Nigeria by 25% for example.

A managed decline of fossil fuel production requires international cooperation and support for poorer countries that are most dependent on oil revenues, such as Angola, Venezuela, Nigeria and Iraq, the report says.

Richer nations with more diverse economies, such as Australia, Canada and the US, could be expected to take more rapid action.

A coordinated global approach would minimize the social costs of the transition, ensure market stability and give a clear signal to producers, consumers and investors, the authors argue. The EU’s Just Transition Mechanism is cited as a potential model.

UN Climate Change would be an obvious forum for “an alliance of first movers” on supply-side climate policy, Cleo Verkuijl, a lead author and research fellow at the Stockholm Environment Institute, told Climate Home News.

This could build on the work of the Powering Past Coal alliance, which is working to advance the transition from unabated coal power generation to clean energy, she added. A global stocktake in 2023 could also take stock of progress made towards ending support for coal, oil and gas production.

And as countries are expected to present tougher climate plans at the end of the year and ahead of the Cop26 climate talks in Glasgow, in November 2021, “they have the opportunity to incorporate targets and measures to decrease fossil fuel production into their plans,” Verkuijl said.

That, he said, will require an end to the global pipeline of coal projects and for a significant number of major economies’ financial institutions either banning fossil fuel finance or aligning it to Paris-compliant pathways.

In recent years, researchers have explored the potential for new multilateral fora to create a space for coordinated a global transition, with ideas such as an “inverse Opec” and a fossil-fuel non-proliferation treaty.

During the Democratic primary, US vice president-elect Kamala Harris proposed to host “the first-ever global negotiation of the cooperative managed decline of fossil fuel production”. The idea was not taken forward in the Biden-Harris platform.