Vulnerable countries are struggling to survive the economic impacts of the coronavirus pandemic, let alone build back better, as debts mount up 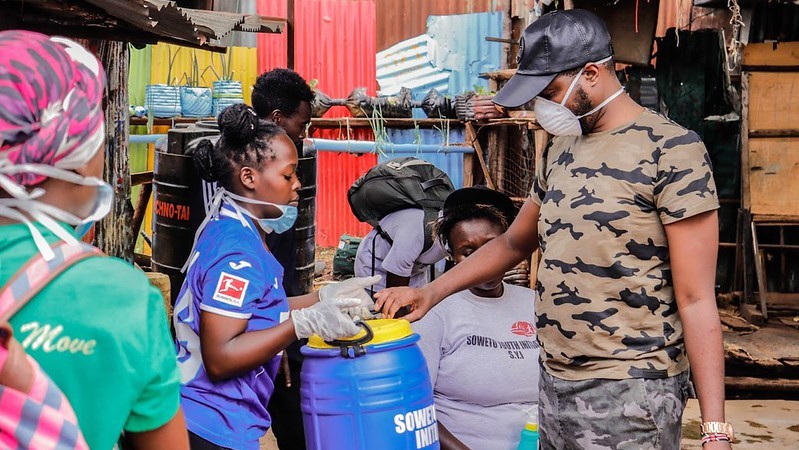 Vulnerable nations are being squeezed between mounting debt to respond to the economic and health impacts of the coronavirus pandemic and the need for longer-term investments to address the climate crisis.

Financial support for cash-strapped countries and short-term debt relief has given some breathing space for governments to address the immediate budget crunch caused by the health crisis. But it is not enough for vulnerable countries to tackle Covid-19 and build back better.

While the world’s advanced economies have spent an estimated $12 trillion on stimulus packages, fragile and indebted economies in Africa and Latin America are struggling to meet basic needs.

Most developing countries are now facing a depression which could push an additional 150 million people into extreme poverty by 2021, according to the World Bank.

In Angola and Belize, senior government officials told Climate Home News they were facing tough choices on how to spend their budget. Climate action was at risk of cuts to protect spending on access to food and water, health and education.

“First of all we need to make sure that we survive,” Vera Daves de Sousa, minister of finance of Angola, told an IMF-led event on building resilience in the Covid-19 recovery this week.

“We do run the risk of losing our development gains and having a lot of people fall back into poverty,” Belize’s minister for labour, local government and rural development Саrlа Ваrnеtt told Climate Home in a Zoom call.

Belize, a middle-income country on the eastern coast of Central America, has lost upwards of half its revenue for the year because of the collapse of its tourism industry. Unemployment has doubled and spending to respond to Covid-19 is stretching government resources.

“The emergency expenditures that we are being forced to undertake right now are putting our debt numbers in a place where we’re going to have great difficulty accessing resources for continuing green investments in the medium to long term. That is the reality,” she said.

“We are not in a position to make the kind of investments in stimulus that we see the big developing countries do at the drop of a hat. But we have to keep our economies going because if we don’t it’s not only risking climate investments in the future it’s risking lives now.”

On Wednesday, the finance ministers of G20 countries agreed to allow the poorest countries to suspend their debt repayments until June 2021 . They are due to review calls for a longer extension in April.

While the scheme defers debt payments it doesn’t reduce the balance, nor does it cancel interest charges. Multilateral development banks have announced some relief measures to the end of the year. Private creditors have shown little sign of setting up similar initiatives.

The extension won’t address the concerns of the world’s poorest counties. African finance ministers are calling for a debt payment freeze of two to three years for all African countries as well as low and middle-income countries.

Writing in the Financial Times, Ghana’s finance minister Ken Ofori-Atta said Africa’s demands were “a drop in the bucket” on a global scale – less than 3% of what OECD countries have already spent to safeguard their economies.

The IMF and the World Bank have both warned more needed to be done to support debt relief globally. “A long term solution to the debt crisis is needed – we can no longer kick the can down the road”, David Malpass, president of the World Bank Group, said in a tweet.

“Addressing the debt overhang facing the poorest countries is key to recovery,” he said.

In Angola, De Sousa supported the extension of the debt service freeze but warned the government still needed fresh funding for investments “to make sure that the solution we are building is sustainable,” she said.

Angola has recently ratified the Paris Agreement and is working on an enhanced climate plan to the UN.

Heavily dependent on oil exports, Angola was forced to cut production earlier this year under an Opec agreement between oil producing countries. The drop in oil prices significantly affected the country’s revenues, forcing cuts to public institutions, including among climate government officials.

Reductions in the flow of foreign currency into the country led to a depreciation of the local currency and an increase of the country’s debt to GDP ratio to 120%.

He added the global conversation around debt relief had not adequately taken into account countries’ ability to continue investing in climate action, leading countries to think “they had to trade off”.

“There is a perception that catering to the emergency needs of people such as health and food in the short-term does not include climate considerations. That is a missed opportunity,” he said, warning that investments decisions incompatible with climate goals would worsen countries’ debt sustainability in the longer-term.

As a middle-income country, Belize, together with a number of small island developing states, is not eligible for debt suspension under the G20 initiative. The government is seeking alternative sources of funding through grants and concessional loans.

Barnett said climate finance in the forms of grants and debt swaps, which allow for debt to be transferred to an organisation in return for commitments to specific conservation measures for example, would help the country continue its climate work.

She called for the international community to treat Covid-related debt as “emergency expenditure” that could be refinanced at very low cost and over a long period of time.

A significant proportion of the country’s pre-Covid debt is linked to disaster response such as rebuilding after hurricanes, which climate change is making more intense, Barnett said. She urged the adoption of a vulnerability index that would take into account both per capita income and climate risk, when determining countries’ ability to borrow.

“Covid-19 has really compromised our ability to move forward on our climate targets and it’s unfair and unfortunate because we are not the climate offenders but we bear the burden of the cost,” she said.