A UN Environment report warns production of oil, gas and coal to 2030 is on track for warming way beyond 1.5C goal 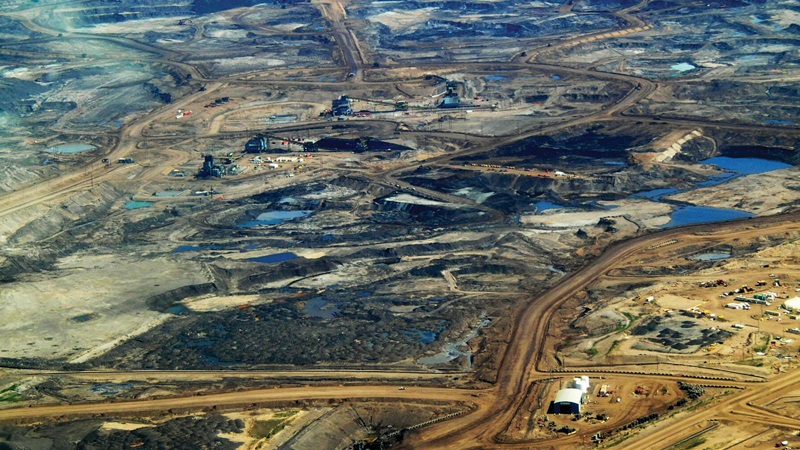 Countries are planning to produce twice as much fossil fuels by 2030 than levels compatible with achieving the Paris Agreement, according to UN Environment. (Photo: Dru Oja Jay, Dominion/Flickr)

Countries are on track to produce more than twice as much oil, gas and coal by 2030 than would be compatible with limiting global temperature rise to 1.5C.

That is the conclusion of a UN Environment report, the first of its kind to assess the gap between government plans to produce fossil fuels by 2030 and global production levels consistent with achieving the Paris Agreement goals.

Under the Paris regime, countries have produced climate plans to curb their emissions. But decarbonisation efforts are mostly focused on reducing fossil fuel consumption, through renewable sources, energy efficiency and low-carbon technologies, rather than curbing oil, gas and coal production levels.

Using the Intergovernmental Panel on Climate Change’s scenarios, projections of planned production to 2030 would see the world producing 53% more oil, gas and coal than can be burnt to limit warming to 2C by 2100 – the Paris deal’s upper target.

Projections of fossil fuel production to 2030 also exceed the amount of oil, gas and coal countries can burn to meet their current pledges to cut emissions, which add-up to more than 3C of warming.

Expected coal production presents the biggest gap, with countries currently on track to produce 150% more coal by 2030, an additional 5.2 billion tonnes, than is consistent with keeping warming to 2C.

Investments locking in oil and gas use over the next decades could also widen the gap, the report warned, with projections suggesting 43% more oil and 47% more gas could be produced by 2040 than under Paris Agreement-compatible scenarios.

“Though many governments plan to decrease their emissions, they are signalling the opposite when it comes to fossil fuel production, with plans and projections for expansion,” the report said.

UN Climate Change currently attributes emissions to countries where fossil fuels are burned, rather than where they are produced. The report notes that the US, Russia and Canada are using fossil fuel exports to justify increases in their oil, gas and coal production.

Meanwhile, China and India are striving to limit fossil fuel imports by scaling-up their domestic production.

The growth of fossil fuel production has seen emissions continue to rise over the last decade, which UN Environment described in a 10-year review published in September as “a lost decade for climate action”.

The review found that current levels of greenhouse gases are “almost exactly” at the same level as 2020 projections made 10 years ago under the UN agency’s business-as-usual scenario, which was based on the assumption that no climate polices would be put in place after 2005.

Cleo Verkuijl, research fellow at the Stockholm Environment Institute, which co-authored the report, told Climate Home News: “One of the key goals of this report is to raise awareness of fossil fuel production in the climate conversation.”

Verkuijl has previously described the lack of measures to address the supply-side of emissions within countries’ climate plans as “one of the Paris Agreement’s biggest blind spot”.

Countries are due to review and update their climate plans by the end of next year – making the next 12 months critical for governments to ramp up ambition and increase the scope and scale of their targets.

Last year, UN Environment’s emissions gap report found that countries had to triple their efforts to remain within the 2C limit.

In its latest report, published on Wednesday, the agency highlighted some measures governments can take to reverse the fossil fuel production trend, including limiting new exploration and ending subsidies to fossil fuel producers.

A handful of countries have recently developed such policies to address the supply side of emissions.  New Zealand banned all new offshore oil and gas exploration permits last year, and Spain’s government struck a deal with mining unions to close down most of the country’s coal mines.

Other propositions include the development of an international accounting framework that would attribute emissions from the burning of fossil fuels to the producer country.

Political economist Andrew Simms, co-director of the New Weather Institute, and Peter Newell, professor of international relations at the Centre for Global Political Economy, at the University of Sussex, UK, previously called for the development of fossil fuel non-proliferation treaty to restrict supply of fossil fuels.