With Democrats and Republicans tied in the race for Senate control, a Biden administration will have to get creative to deliver on his climate promises 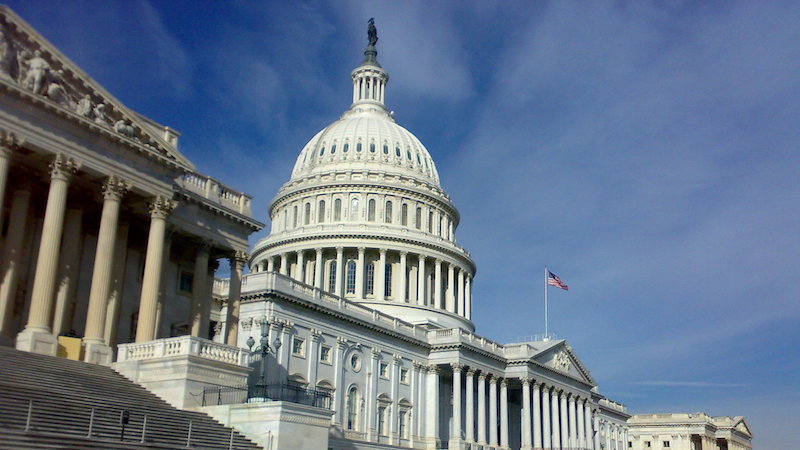 Joe Biden is edging closer to victory in the US election. But as votes continue to be counted, his ability to deliver on his climate promises depends on a tense battle for Senate seats.

Biden made climate change a cornerstone of his vision to recover the American economy from the impacts of Covid-19, with a $2 trillion plan to drive green investments and create jobs.

But the blue wave Democrats hoped for in the Senate has failed to materialise, dampening Biden’s prospects of passing climate legislation.

While Democrats are confident they will retain control of the House of Representatives, the Senate election is down to the wire, with both sides having 48 seats as of Friday.

The contest is so tight, the Senate majority could be determined on 5 January in a hotly contested special election for at least one, and maybe two seats in Georgia.

Even with a slim majority in the Senate, Biden would need some Republican support to pass climate legislation. Under US Senate rules, policy changes beyond spending and taxation require at least 60 of the 100 senators to agree to move the issue to a vote.

Bipartisan backing will be required to introduce a clean electricity standard, for example, which would mandate a transition to zero carbon electricity generation by 2035 and help deliver on a campaign promise. So would a carbon pricing mechanism.

“Control of the Senate will have a huge impact on climate policy in the US,” Jamie Henn, cofounder of US environmental group 350.org, told Climate Home News.

“There’s little hope for passing sweeping climate legislation if [Republican majority leader] Mitch McConnell keeps his claws on the gavel. There’s a lot the president can do through executive authority, but to really rise to the scale of this crisis, we need the votes in the Senate.”

Without congressional backing, “a sweeping economic regeneration policy… will not happen in the next two years,” said Nathan Hultman, director of the Center for Global Sustainability at the University of Maryland. “Then we have to look at it as a stage process.”

US has officially left the Paris Agreement, amid election to determine climate future

With 22 Senate seats held by Republicans up for re-election in 2022, including in swing states, and only 12 held by Democrats, a Biden administration would have another chance to take control of the Senate.

That could be significant in helping to push through climate policy in the second half of his term.

If the Republicans retained control of the Senate, the task would be “much more difficult for Biden,” said Alden Meyer, a strategist with veteran experience on US and global climate policy. “It changes the dynamics dramatically.”

That could affect the ambition of a 2030 emission reduction target, Meyer added. As part of re-joining the Paris climate agreement, Biden will be expected to put forward a 2030 climate plan before the Cop26 climate summit in Glasgow, UK, in November 2021.

Without a policy framework in place, Biden could submit a “stretch” climate plan with the confidence he will be able to push through some climate policy. A two-tier 2030 target with an upper goal conditional on support from Congress could also “help square the disconnect between the level of ambition expected and the administration’s ability to deliver it,” Meyer said.

5 ways climate issues played out in the US election

With or without a Senate majority, Biden would soon face pressure at home and abroad to step up carbon-cutting efforts.

“Joe Biden has a climate mandate and we want him to do everything in his power in the next weeks and months,” Varshini Prakash, executive director of the Sunrise Movement, said in briefing with reporters on Thursday.

Andrew Light, a former senior climate official in Obama’s State Department, told Climate Home the Biden administration will not be betting on a single climate law to implement its climate plan, but use “a patchwork of policies,” legislative and executive tools to proof its plan from partisan attacks.

A large stimulus package to recover the US economy from the impacts of Covid-19 will be a priority for the Biden government and help push through carbon-cutting measures, he said.

“How much will the Senate be willing to cooperate on climate policy will be seen in its response to the stimulus package,” he added.

With millions of Americans waiting for financial relief to weather the economic and social impacts of the pandemic, Republicans like Democrats will be under pressure to vote through a recovery package.

It could include large-scale infrastructure investments which are needed to reboot the economy, said Hultman, who helped develop the US’ 2025 climate goal under Obama. Clean, green investments could attract bipartisan support and create the building blocks for 2030 emissions cuts.

“In the near term that is going to be incredibly helpful to keep us moving on the climate front,” he told Climate Home News. “It’s not an all or nothing game. It’s about what we can deliver now.”

Scaling up climate action at the sub-national level could reduce emissions by up to 37% from 2005 levels by 2030 with or without federal support, according to analysis by America’s Pledge.

But to get to the 45-50% emissions cuts by 2030 climate analysts are calling for, “you need to have Congress on board,” said Meyer.

There are a number of tools a Biden administration could use to bypass Senate stalemate.

Budgetary procedures, which requite a majority of 50+1 in the Senate, could be used to muscle through climate spending and tax policy. Sectoral packages on agriculture and transport could create the vehicle for bipartisan support, and measures to boost states’ climate resilience.

“Republicans have shown to be more polarised on the reality and science of climate change rather than on the solutions,” Meyer said. “There are Republicans who support renewable energy, electric vehicle and energy efficiency.”

The Democrats will be wary of repeating Obama’s approach, who bypassed a hostile congress to push through climate policies like his clean power plan by executive order, only for Trump to dismantle them.

But a Biden administration would have to use executive powers and work with federal agencies, including the Environment Protection Agency, to push through regulations using the existing legal framework.

“That is a long and fraught process,” said Light.