Climate activists have reacted angrily to Donald Trump’s unfounded claim he won the US presidential election, mobilising to defend the democratic process 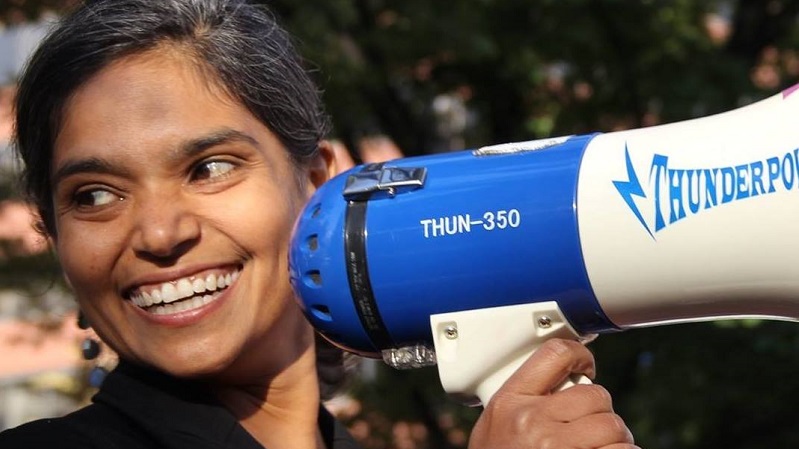 Climate campaigners in the US have reacted angrily to Donald Trump’s false – or at least premature – claim that he had won the US election and called on the authorities to count every vote.

At around 2.30am on the US East Coast, Trump told supporters at the White House “frankly, we did win this election” and claimed, without evidence, that there had been a “major fraud” .

It follows a concerted effort by Trump during the campaign to delegitimise postal voting, which polls show Democrats were more likely to use than Republicans. Experts say electoral fraud is very rare in the US and there is no reason to assume that postal voting increases the risk.

Trump’s comments were condemned by his opponent Joe Biden and by some conservative commentators. Right-wing journalist Ben Shapiro said his claim was “deeply irresponsible”.

At time of publication, a number of battleground states were undeclared.

No, Trump has not already won the election, and it is deeply irresponsible for him to say he has.

Climate campaigners reacted angrily to Trump’s claim. Liat Olenick is a teacher from New York City involved with the Sunrise Movement. She’s organised over 80 phonebanks in this election, calling people in swing states around the US, and knocked on voters’ doors in Pennsylvania.

She told Climate Home that she was worried that Trump might not honour the outcome of the election. “All the votes need to be counted,” she said. “It seems like Biden has a good shot but we’re dealing with basically a dictator who has a state run propaganda network and controls the courts. I’m not taking anything for granted.”

In PA getting out the vote for #bidenharris because it’s what we gotta do. If you’re cozy and dry at home, make some☎️calls into PA! ➡️https://t.co/ONa18e1nET pic.twitter.com/2stHz5xrNp

Count the votes. Respect the results.

Keya Chatterjee, executive director of the US Climate Action Network said Trump’s victory declaration was desperate and undemocratic. She said: “Right now we need to make sure that the people of the United States decide who leads it and no one else, so we need to count every vote, and re-count every vote if we need to do so.”

Campaigners plan 520 “mobilisations” across the US on Wednesday and Saturday, calling on authorities to count every vote. Chatterjee said: “Our protests are part of a long tradition of protest and activism in the US, and they are warranted.” 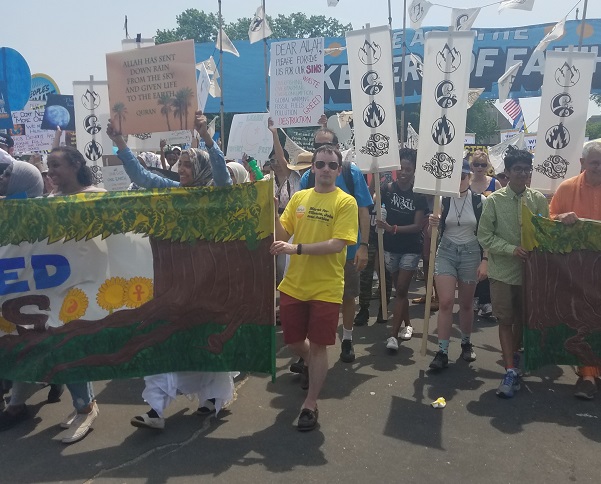 Kyle Gracey is the chair of green NGO Sustain Us and is from Pittsburgh, the second biggest city in the swing state of Pennsylvania. He’s been phonebanking and texting voters and acted as an election monitor at a polling station, where he said voting went smoothly.

Commenting on Trump’s false victory declaration, he said: “Like the rest of the country, he has to wait until everything’s been decided. If anything, it’s a sign he’s nervous that he’s making these predictions when there’s absolutely no way for him to know what’s happening.”

Gracey said that the uncounted postal votes are likely to lean Democratic, which would narrow Trump’s lead over Biden in the state. “It could still go either way,” he said, adding that there could well be recounts if Pennsylvania’s result still mattered to the overall Presidential race after Michigan and Wisconsin declared.

We still have over 1 million mail ballots to count in Pennsylvania.

I promised Pennsylvanians that we would count every vote and that’s what we’re going to do.

The North American director of climate campaign network 350, Tamara Toles O’Laughlin, said: “Our work was never going to end on November 3rd. This is an election season and it’s not over yet. As predicted, votes are still being counted and our communities are making our voices heard. We are holding the line and demanding that officials count every single vote. We will not accept false claims of victory from Donald Trump, and we urge Biden to remain steadfast as every vote is counted.”

She said black, indigenous and people of colour had often been the targets of intimidation and voter suppression. “We will keep rising up against any and all attacks on our democracy and our communities and we will hold State officials, the Electoral College, Congress, and the Supreme Court accountable to every one of our votes,” she said. “It ain’t over til it’s over.”

Saad Amer, Co-Founder and Director, Plus1 Vote said: “If we want Americans to trust this system, every vote must be counted. The fact that we must emphasize that every vote must be counted shows how fragile the state of our democracy is, and how strong voter suppression is right now. We cannot allow this election to be called early. The media must tread carefully and avoid amplifying any early messaging from the president. The fate of our country and planet rests on it.”