Chile to peak emissions by 2025, under strengthened climate pledge

In the midst of a global pandemic, government ministers stressed the need to build a sustainable, resilient economy for the long term 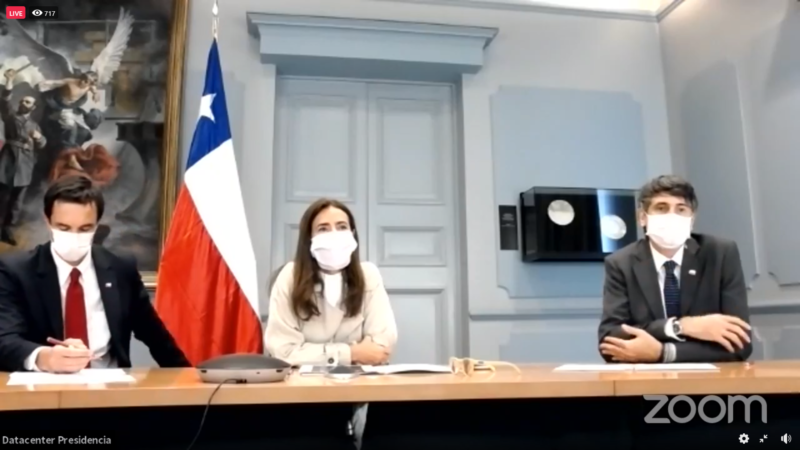 Chile has committed to peaking its greenhouse gas emissions by 2025, in an updated national plan presented virtually to the UN climate chief on Thursday.

The plan, by the country currently presiding over global efforts to raise climate ambition, includes phasing out coal power, promoting electric vehicles and expanding forests, on a path to carbon neutrality in 2050.

It sets a cap on annual emissions of 95 million tonnes CO2 equivalent by 2030, a substantially stronger target than Chile promised in its 2015 contribution to the Paris Agreement, and slightly stronger than the draft proposal. Over the decade 2020-30, emissions should not exceed 1,100Mt CO2e. These carbon budgets are to be enshrined in law, under a draft bill going through Congress.

After a rollercoaster year, in which Santiago offered to host UN climate talks in November 2019 then withdrew due to civil unrest, it signalled the government’s aspiration to climate leadership.

Carolina Schmidt, environment minister and president of the Cop25 climate summit that was held in Madrid, said in a prepared statement: “When we overcome the [health] crisis, we will enter a period of reactivation that must be sustainable…

“This is a key moment, which is why we are presenting our new [national climate plan] with ambitious goals and commitments that allow us to focus our recovery plans on a clear objective: advancing at pace with the transformation towards a low-emission and climate-resilient economy, with significant social, environmental and economic benefits to improve people’s standard of living.”

In a nod to recent protests against inequality and rising living costs, the document included a “social pillar” ahead of measures to tackle the causes and impacts of global warming.

Carola Urmeneta, director of climate change at Chile’s environment ministry, told Climate Home News she hoped the draft climate law would pass this year, but there was a risk of delays due to the coronavirus.

The government was keen to push on with its international commitment while working on the legislation, said Urmaneta. “We wanted to go ahead because the climate crisis is also an emergency and we need to work on that.”

Chile joins only 6 countries to have sent new pledges to the UN: Marshall Islands, Suriname, Norway, Moldova, Japan and Singapore. The last two merely restated existing targets. Under the Paris Agreement, all nations are due to update their contributions “by 2020”.

As the president of Cop25, Chile has a continued role in mobilising higher ambition from other countries. That has proved challenging, with the US withdrawing from the Paris Agreement and other big emitters showing no sign of meeting the deadline.

“We invite all the parties [to the Paris Agreement] to present their update,” said Urmaneta. “We know that we need [big emitters] back and we hope that they see this as an opportunity to work for a better world and to have better opportunities for all of us.”

The next UN climate summit, Cop26, was due to be held in Glasgow, Scotland, in November, but postponed to 2021 because of the pandemic.

Great to see @COP25CL Presidency Chile leading by example in submitting a strengthened #emissions reduction target and I hope to see all countries following their lead.#ClimateChange #COP26

Climate Action Tracker, a consortium of analysts that monitors the pledges of high emitting countries, upgraded Chile from “highly insufficient” to “insufficient”.

Niklas Höhne, speaking for the consortium, praised Chile for sticking to the UN process but said its targets fell short of a fair contribution to the Paris Agreement temperature targets. Emissions should fall below 90Mt by 2030 to align with a global 2C warming limit, he said, and further for 1.5C.

“Compared to other countries, they are in pretty good shape,” he told CHN. “If you compare it to the absolute benchmark of 1.5C they are not very good.”

Manuel Pulgar-Vidal, Peruvian former environment minister, now with WWF, said no nation should use coronavirus as an excuse to delay climate action.

“Chile is a country that is going through a severe political and social crisis, in addition to the crisis posed by the Covid-19 pandemic,” said Pulgar-Vidal in a statement. “Even in this difficult situation, it is capable of telling the world that climate responsibility must remain a policy priority, with a view to ensuring the well-being of citizens and a future with sustainability.”