Chile tells UN it will not be hosting meeting, just weeks before it was supposed to take place in Santiago 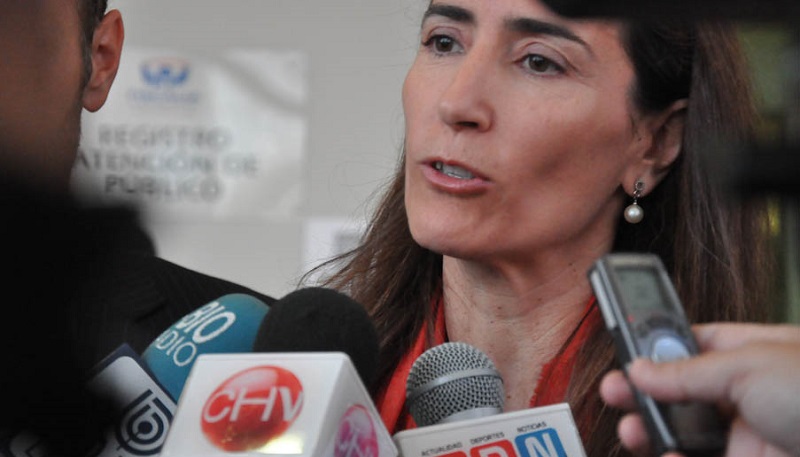 Carolina Schmidt, Chile's minister for the environment and Cop25 president, confirmed to UN Climate Change Chile would not be able to host the talks. (Photo: Movilh Chile/Flickr)

Chile, wracked by civil unrest for a fortnight, has withdrawn from hosting the 2019 UN climate talks.

Chile’s president Sebastian Piñera announced the country would not host the upcoming Asia-Pacific Economic Cooperation (Apec) meeting or the Cop25 climate talks on the steps of La Moneda, the presidential palace, on Wednesday morning.

Accompanied by environment minister and Cop25 president Carolina Schmidt and minister of foreign affairs Teodoro Ribera, president Piñera said: “We deeply regret the problems and inconveniences that this decision will mean for both Apec and Cop. But as the president of all Chileans, I always have to put the problems and interests of Chileans, their needs, their desires and their hopes first in line.”

Schmidt wrote to UN Climate Change on Wednesday notifying them that the summit, scheduled to begin in Santiago on 2 December, would not be going ahead.

In an internal email to UN Climate Change staff, executive secretary Patricia Espinosa said: “A few minutes ago we were informed by minister Schmidt that they have had to take the very difficult decision to not host the COP in Chile and to cancel the Apec summit.”

“This information has already been made public by the president of Chile himself. We are discussing next steps and will share additional information with you once it is available.”

UN Climate Change said they were “currently exploring alternative hosting options”. In a statement, the Chilean government said it would continue to preside over the Cop25 negotiations until it passes on the baton to the UK ahead of next year’s meeting.

A state of emergency was declared in Chile this month after the country was seized by the worst wave of social unrest since the end of the Pinochet dictatorship in 1990. Protesters denouncing social inequality and the privatisation of social services were met with violent repression by Chilean police and armed forces. Last week, CHN reported that 18 people had been killed in the violence.

The army has been deployed to the streets of the capital Santiago, where subway stations have been burnt and a curfew imposed. The metro system has been severely damaged, particularly across the city centre.

The climate talks, which are due to finalise critical aspects of the Paris Agreement, had already been moved once after Brazilian president Jair Bolsonaro withdrew Brazil as host.

Costa Rica hosted the smaller ‘pre-Cop’ gathering in October and had originally competed with Chile to host the main summit. However UN talks are huge events with tens of thousands of participants, making a short notice conference logistically extremely difficult.

A spokesman for Costa Rica’s ministry of the environment said “the organisation of a conference of this level has a long logistic process that takes months to prepare”.

Costa Rica’s environment minister Carlos Manuel Rodríguez said he was in discussion with the Chilean presidency about next steps. “We are going to support the decisions that are taken in order to find a successful alternative so that Cop25 can take place soon,” he said.

In the past, when countries presiding over UN climate talks have not been able to host the negotiations because of logistical and capacity issues, the talks were held in Bonn, Germany, where UN Climate Change is based. This happened in 2017 when Fiji presided over the talks.

Jochen Flasbarth, Germany’s state environment secretary said in a tweet: “We are in contact with the UN Climate Change secretariat and the Polish Cop24 presidency to discuss the situation.”

According to UN Climate Change procedures, the climate talks “meet in Bonn, the seat of the secretariat, unless a Party offers to host the session”.