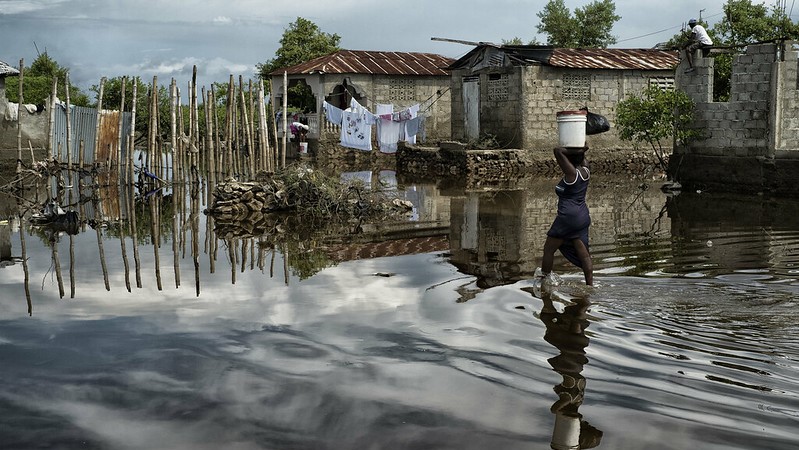 Governments are still under pressure to submit tougher climate plans and ramp up ambition before the end of the year, despite delays to critical UN climate talks into 2021.

In a resounding call for governments to stay on track to address the climate crisis amid the coronavirus pandemic, the international climate community have urged countries to submit increased climate plans to the UN by 31 December – in line with the Paris Agreement texts adopted in 2015.

The next round of talks, known as Cop26, have been postponed into next year as the world scrambles to respond to Covid-19, which has killed nearly 42,000 people worldwide as of 2 April.

The decision was taken on the basis that “an ambitious and inclusive” summit in November “was not possible”, and was confirmed on Wednesday night in a joint announcement by UN Climate Change and the UK government, which is due to preside over the talks.

While the move was widely accepted as necessary by negotiators and observers, who stressed the importance of tackling the public health crisis, they insisted the delay should focus efforts on deepening emissions cuts and using the recovery to kickstart the green transformation of the global economy.

Marianne Karlsen, of Norway, chair of UN Climate Change’s implementation body (SBI) and a member of the bureau which took the decision to postpone Cop26, told Climate Home News the delay “doesn’t take away the pressure” for countries to submit increased climate plans, also known as Nationally Determined Contributions (NDCs), this year.

Under the 2015 Paris Agreement decision texts, countries are expected to submit updated NDCs and publish long-term decarbonisation strategies “by 2020”.

Prior to Cop26 being postponed, countries were under pressure to do so before Cop26 in Glasgow, which was scheduled in November, with enough time for UN Climate Change to take stock of progress made.

The Cop26 delay, now makes the “by 2020” deadline unambiguous as 31 December – giving countries a couple of additional months to present enhanced plans.

“The postponement does not mean that momentum will stop,” Karlsen said. “It doesn’t take away the importance of 2020 – this year is still an important climate year. We just need to find new ways of working.”

Cop25 president and Chile’s environment minister Carolina Schmidt, who will continue to preside over the process until the UK takes over, expressed her determination to ensure momentum for climate action continues, “particularly for the preparation and submissions of new NDCs this year”.

It is unclear if the UK could take over in November as originally planned, or wait until the rescheduled Cop.

For many developing countries on the frontline of climate impacts, the need for the world’s largest emitters to fulfil their commitments  to take deeper emissions cuts this year is more pressing than ever. Last year was the second warmest year on record and the reality of climate impacts, such as droughts, flooding, seal level rise and extreme weather events has grown ever starker.

“Climate change will continue to threaten the lives and livelihoods of our people after the pandemic has ended. As the world responds to one crisis, we cannot let another crisis worsen,” warned Sonam Wangdi, of Bhutan and the chair of a group of 47 least developed countries.

“We need to see all countries do their fair share and submit more ambitious NDCs by the end of the year,” he said, reminding rich countries of their commitments to mobile $100 billion per year from this year to help poorer countries cut emissions and cope with impacts.

The delay of the talks, whose scheduling in November was a planning Rubik’s Cube for many countries, will give governments time to assess the outcome of the US election on 3 November. Joe Biden and Bernie Sanders, the Democratic candidates to challenge President Donald Trump, say they will immediately rejoin the Paris Agreement that the US is formally due to leave on 4 November.

In private, some diplomats expressed hope the delay would help countries align green economic stimulus packages with their commitments to enhance the depth and scope of their climate plans.

In the UK, government officials are due to present advice on enhancing the country’s NDC by September – a timeline that would have given little time for the UK to leverage others into ramping up action.

For the slow-moving legislative process of the European Union, the November Cop was also a tight deadline. The EU Commission said it would present plans to increase the bloc’s 2030 target by September, which should now gives enough time for members state approval before the talks.

In a statement, EU Commission climate chief Frans Timmermans insisted on the EU’s “strong commitment” to making both Cop26 and plans for a European Green Deal “a success”.

“We will not slow down our work domestically or internationally to prepare for an ambitious Cop26, when it takes place,” Timmermans said, adding the legislative work on both the 2030 and 2052 targets were underway.