To be credible at Cop26, the UK needs a plan for its climate plan

Comment: The obvious time for the UK to publish its NDC would be before the Commonwealth meeting in June, to leverage countries like India and South Africa 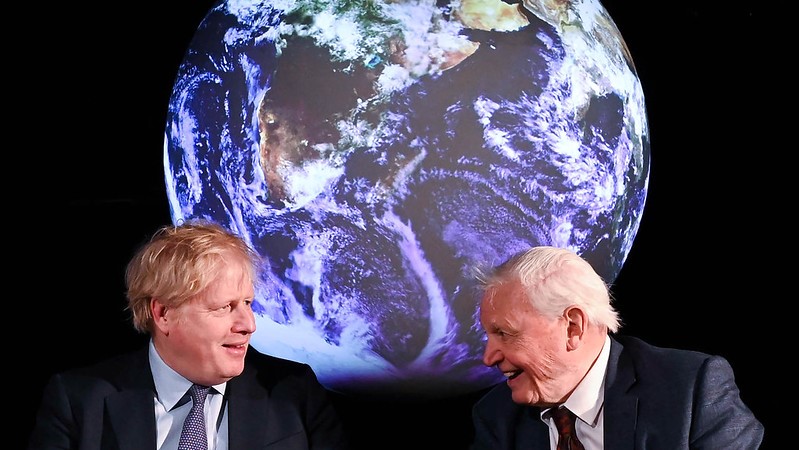 Although that might sound like a technical issue, it’s really not; his decision on how to manage it will be a crucial factor in setting the tone ahead of this year’s critical UN climate summit in Glasgow.

An NDC is a Nationally Determined Contribution – the pledge that each country makes to all others in terms of tackling its own greenhouse gas emissions.

Governments first put forward NDCs in 2015, in the run-up to the UN climate summit in Paris. In the Paris Agreement they ‘requested’ each other to put forward enhancements, or upgrades, starting this year.

Those upgrades could include a number of elements but the key expectation is that governments will accelerate their carbon-cutting for the decade to 2030.

Currently the assembled NDCs put the world on course for something like 3C of global warming by the end of the century – a marked contrast to their promise in Paris to ‘make efforts’ to hold it to 1.5C.

The case for upgrading NDCs strengthened markedly in 2018 when the Intergovernmental Panel on Climate Change (IPCC) said in its landmark special report that getting on track for 1.5C basically means halving global carbon emissions by 2030.

Although more than 100 governments have said they will put forward an enhanced NDC before the Glasgow summit, only three have actually done so. Question marks therefore hang over how many others will – and when – and how much they’re going to accelerate their carbon clampdowns.

So the issue before the UK government is: as self-proclaimed climate change leaders, how do they manage things in order to get the maximum number of other nations to take an ambitious step forward?

Having left the European Union, the UK must at some point submit a national NDC anyway – the bloc uses a joint one. And to burnish its leadership credentials and encourage other countries to step up on their NDCs, an obvious route is to go early and go large.

The obvious time to do this would be before the Commonwealth Heads of Government Meeting in June. There, Boris Johnson will be able to talk NDCs directly with Narendra Modi of India, Cyril Ramaphosa of South Africa and other leaders of Commonwealth countries able to step up a little.

The Commonwealth meeting is also the ideal stage on which the UK can proffer a package of measures to help the poorest nations on Earth (which includes a number of Commonwealth members) protect themselves against climate impacts and green their economies, which many will need in order to step up the pace on carbon-cutting.

But here’s the problem: the UK can’t both go early and go large.

If the UK puts forward an NDC in or before June, it would have to base the headline number on its current legally-binding target for 2030, as laid down in the fifth national carbon budget. That’s a 57% reduction from the 1990 baseline.

On paper, that’s a marked advance from the EU’s NDC, which pledges a 40% cut.

But it would be just that – a paper advance – because national legislation, the Climate Change Act, already commits the UK to a 57% cut. No-one, including those other governments that the UK wants to impress, would give any credit for that.

Due to a technicality of the way UK emissions are currently accounted for, the 57% figure translates into an actual emissions reduction of 61%. If the UK leaves the EU Emissions Trading Scheme (ETS) at the end of the year when the Brexit ‘transition period’ ends, the 57% figure would then automatically become 61% – more impressive-sounding, but still absolutely the same level of ambition.

Given that the transition period ends on 31 December, there may be no clarity on this until late in the year, perhaps even after COP26.

The problem gets bigger.

So, the criticism would run – the UK is pitching in a number that’s not even compatible with its own legally-binding 2050 target and calling it ‘leadership’.

To add Mr Sharma’s headache, the government’s advisors, the Committee on Climate Change, will submit new official advice in September making clear what the net-zero-compatible 2030 target should be. Previous work suggests it’ll be in the range of 62-65% – again, corresponding to a higher number if the UK leaves the ETS.

Logically, the UK should make this new 2030 number the basis of its NDC. And it would represent a genuine increase in carbon-cutting ambition, and therefore be a credible marker of leadership.

However, the government can’t know exactly what the net-zero-compatible 2030 number is until the committee has calculated and published it. But September is far too late to begin using an ambitious NDC as a calling-card to entice other governments to step up.

To make matters worse, ministers could prolong the agony by deciding they need to discuss and debate the number and run their own calculations before accepting it.

So as things stand, the UK risks heading into the year, close up to the climate summit and possibly even beyond, asking others to rally behind a ‘climate leadership’ banner while touting an NDC, the most important international measure of leadership, which is demonstrably un-leader-like.

There are two ways in which Mr Sharma can square the circle.

One is by making an unequivocal commitment early in the year that the UK will publish an enhanced NDC in September, and that it will contain whatever 2030 number the Committee on Climate Change calculates.

The second is to publish an NDC containing the 57% or 61% figure early in the year, alongside an unequivocal commitment to upgrade it later in the year to reflect the committee’s advice. In both cases ministers will have to approve the recommended number in double-quick time.

Whichever route it wants to take, ministers need to decide soon – and for a successful COP26 with UK leadership at the centre of its offer, doing nothing except proudly proclaiming its current figure, even if expressed in the impressive-sounding form of an ETS-free 61%, is not an option.

The dilemma is clear. Decision time is due soon.

Richard Black is the director of the think-tank the Energy & Climate Intelligence Unit.