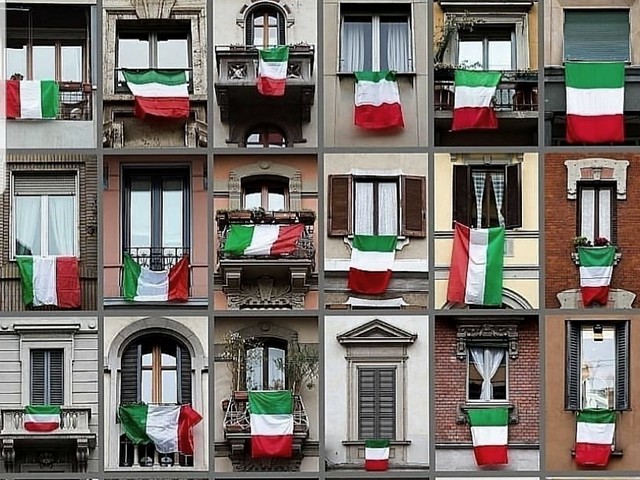 Italians hang flags from balconies in a sign of solidarity amid the coronavirus (Photo: oriana.italy/Flickr)

In 2009, the United Nations called for a “Global Green New Deal” to break dependence on fossil fuels and create sustainable jobs after the financial crisis ravaged the world economy.

Under the plan, UN Environment urged massive investments in energy efficiency for buildings, a boost for wind and solar energy, cuts in fossil fuel subsidies and a host of other measures. It reckoned the bill would amount to 1% of global GDP, or about $750 billion.

But the global economy rebounded, still reliant on fossil fuels, despite efforts to diversify. Carbon dioxide emissions grew by a huge 5.8% in 2010, after a 1.4% dip in 2009, and have risen most years since.

Will the coronavirus pandemic, which has killed more than 10,000 people worldwide, offer a new chance to shape a greener, more sustainable world when the economy revives?

Read Chloé Farand’s insightful interview with Fatih Birol, the head of the International Energy Agency, in which he says governments have a “historic opportunity” to usher in an era of climate action when they design long-term stimulus packages.

“Well put @IEABirol,” Christiana Figueres, the former head of UN Climate Change and an architect of the Paris Agreement, commented about the article in a tweet. “We have a massive crisis = opportunity on our hands. We cannot afford to waste it. Recovery must be green.”

In recent years, the idea of green new deals – which echo US President Franklin Roosevelt’s 1930s New Deal after the Great Depression – have caught on in many nations as a way to combat the climate crisis.

And the world now has a lesson to learn from the failings a decade ago.

“We have a responsibility to recover better” than after the financial crisis, UN Secretary-General António Guterres said on Thursday, saying the global health crisis was unlike any in the 75-year history of the UN.

“We have a framework for action – the 2030 Agenda for Sustainable Development and the Paris Agreement on Climate Change. We must keep our promises for people and planet,” he added.

The task is daunting. The UN says global cuts in greenhouse gas emissions of 7.6% a year are needed over the next decade to get on track to limit global warming to 1.5C above pre-industrial times.

But the Covid-19 emergency has opened a new window for a clean energy transition for the world economy.

The pandemic is slowing developing nations’ efforts to work out more ambitious climate plans, which are due to be submitted before talks in Glasgow, still scheduled for November, at the first five-year milestone of the Paris Agreement.

“We are entering into unknown territory,” said Jahan Chowdhury, in-country engagement director for the NDC Partnership, which supports about 75 developing countries design and deliver their climate plans.

The coronavirus is also disrupting Brussels’ legislative process, now unable to work at full capacity. This may delay the EU’s work on its Green Deal, under which the EU Commission wants Europe to be the world’s first carbon-neutral continent, Frédéric Simon at Euractiv writes.

The economic slowdown in China caused by the virus has at least one positive side-effect that is also now visible by satellites over Italy: less deadly air pollution.

In China alone, reduced air pollution could avert between 50,000 and 100,000 premature deaths if levels stay low for a whole year, according to researchers at the Center for International Climate Research in Norway. They estimate that more than a million people die every year in China from air pollution.

Illustrating the risks of international travel and face-to-face meetings, the first coronavirus case in Liberia was recorded after an observer returned from a Green Climate Fund meeting in Geneva, Switzerland.

The meeting went ahead after being moved as a precaution from the GCF headquarters in Songdo, South Korea, at a time when the nation had become one of the world’s hotspots for the virus.