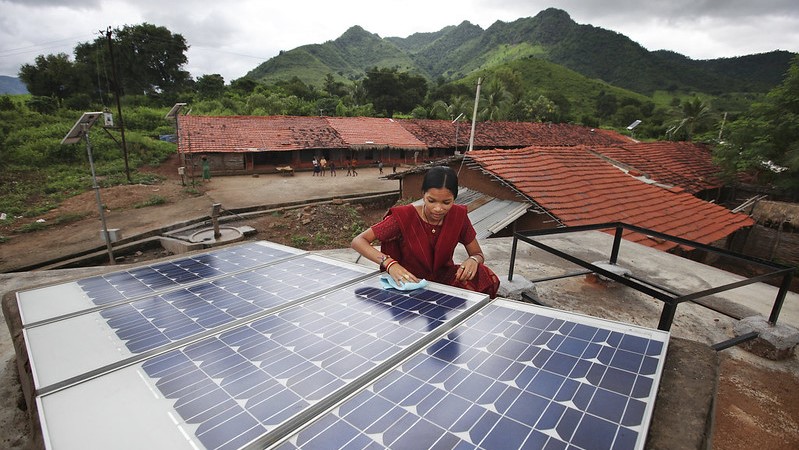 The coronavirus is threatening developing countries’ plans to step up climate action this year as meetings are being postponed and resources are needed to combat the pandemic.

Five years after the Paris Agreement was adopted, governments are under pressure to submit tougher climate plans to the UN ahead of a critical climate summit in Glasgow, or Cop26, still scheduled for November.

This is the first test of the ratchet-up mechanism built in the Paris accord.

More than 100 vulnerable and developing countries representing about 15% of global emissions have expressed their intention to increase their climate plans, also known as Nationally Determined Contributions (NDCs), according to a tracker by the World Resources Institute.

But their efforts could be delayed after international organisations which support developing countries design and deliver their climate plans have had to postpone national coordination meetings and workshops.

“We are entering into unknown territory,” Jahan Chowdhury, in-country engagement director for the NDC Partnership, which supports about 75 countries design and deliver their climate plans, told Climate Home News.

“I am not sure if countries are going to be submitting their NDCs in 2020,” he added.

Chowdhury said the NDC process usually required about three large in-country meetings with a broad range of national stakeholders and five smaller, more focused, meetings. Some, but not all, meetings could be moved online.

“We will not be able to replace 100% of these meetings,” he said, adding that the whole-society approach advocated by the NDC Partnership was more difficult to implement.

Chowdhury insisted plans were being put in place to ensure the NDC Partnership and its international partners could “redouble our efforts to make up for the lost time” when the immediate crisis passes.

But uncertainty about timing remains.

Frank Rijsberman, director-general of the Global Green Growth Institute (GGGI), which supports about 20 countries formulate more ambitious NDCs this year, said “consultations with governments are one after the other coming to a halt”.

“The governments are trying their very best to adapt to the situation,” Rijsberman told CHN, adding the GGGI has moved meetings online as much as possible, with positive results so far.

“We are pretty positive about the seriousness that we see in many countries to make NDCs stronger,” he said.

“It was always challenging to get all the work done by the Cop,” citing some countries stating the Paris Agreement requires them to submit new or updated plans by the end of the year, rather than by the Glasgow summit.

So far, only four nations have submitted enhanced NDCs to the UN – the Marshall Islands, Suriname, Norway and Moldova.

In private, negotiators are also expressing concerns about how the NDC enhancement process can continue to move forward given the circumstances.

One developing country diplomat said the delay of domestic consultation processes could mean enhanced NDC design could be significantly postponed or risked being limited.

Among least developed countries, some are in the midst of developing new NDCs, but others have not begun “as they are still looking for funding to undertake the process,” said Anna Schulz, of the International Institute for Environment and Development (IIED), who specialises in supporting vulnerable countries in the climate negotiations.

“The virus could also delay the start of their NDC development if it impacts the capacity of partner organisations and funders to release funding,” she warned.

The impact of the economic slowdown on developing countries’ ability to toughen their climate plans this year is a growing concern.

Belize’s ambassador to the UN Janine Felson, who leads the Alliance of Small Island States’ (Aosis) work on climate finance, told CHN the economic fallout from the pandemic was “significant”.

“We are very concerned about the implications for much needed progress,” she said, adding “our commitment to ambitious climate action is unshaken”.

Aosis said it would support its members in moving forward with their climate action agenda.

For Rijsberman, a drastic economic downturn and the risk that rich countries could slash their climate finance budgets for developing nations was “a more important threat to the Paris Agreement than the delay in meetings and consultations”.

Developing countries’ conditional targets – pledges that are dependent on receiving finance and technological support – will be affected first, he added.

In 2009, rich nations promised to mobilise $100 billion in climate finance for developing nations every year by 2020, from both public and private sources. Those amounts are meant to rise in the 2020s.

Earlier this week, an analysis by the International Energy Agency warned the collapse of oil price could cut revenues of vulnerable producing countries such as Nigeria and Iraq by up to 85%.

Between developing countries’ ambition for setting new climate plans and resources available to them to implement it, “there is likely to be a mismatch,” said Chowdhury, who warned the quality of NDCs should not be compromised because of a delayed timetable.

“Whether it’s going to have an impact on their ambition that is not known,” he added. “Climate action cannot happen in absence of wealth creation – without this clear loop taking place it’s going to be challenging.”

Yamide Dagnet, a senior associate at the World Resources Institute, warned again speculating on the current public health crisis’ impact on ambition this year. “The next few months will be critical,” she said.

Dagnet added stimulus packaged designed to prop up the economy should be aligned with the Paris Agreement goals and boost low-carbon activities that can create growth and jobs.

“Everything has come to standstill but it does not mean we can’t bounce back,” she said. “We should not shift gear on climate action.”