Teleworking and self-isolation restrictions mean the EU legislative process cannot operate at full capacity, with priority given to measures to address the Covid-19 crisis 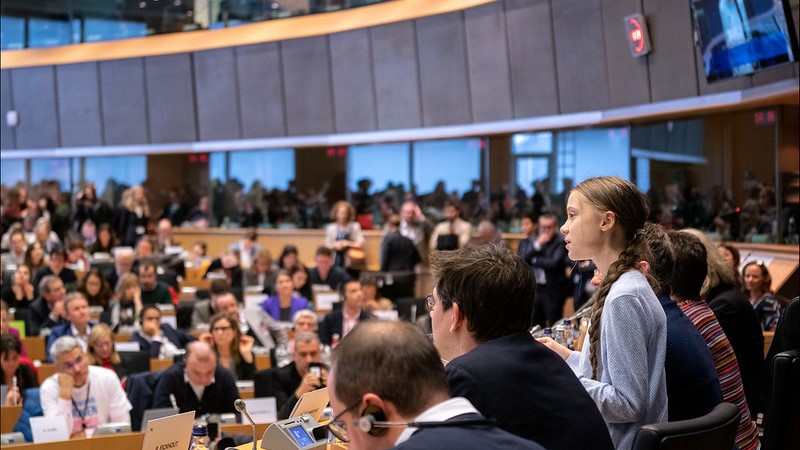 The European Commission is having to re-order its priorities in the face of the coronavirus crisis, with “non-essential” initiatives like the biodiversity strategy and the farm-to-fork strategy likely to be delayed by weeks.

Officially, the show must go on. But in private, officials admit that Brussels is having to review its priorities in order to throw all its weight behind the ongoing fight against the coronavirus crisis.

“At this point in time, we do not have any comment to make on any knock-on effect that this could have on legislative work in general,” said Eric Mamer, chief spokesperson of the European Commission, during a regular press briefing on Tuesday.

However, he also suggested that a reshuffling of priorities was underway at the EU executive, also because of constraints posed by teleworking.

“For legislative activity to work, we need to have the institutions able to operate,” Mamer admitted, saying Commission services and other EU institutions “will definitely have to prioritise their work in order to cater for the current needs.”

“If we adopt those strategies in two or three weeks, that won’t make such a big difference,” one official speaking on condition of anonymity. “We have to concentrate on the corona crisis,” the official explained.

But that doesn’t mean Europe should “forget about the Green Deal” to focus on the coronavirus, as suggested by Czech prime minister Andrej Babiš on Monday. Nor will the Commission put its carbon trading scheme on hold, like Poland requested through the voice of its deputy minister for state assets, Janusz Kowalski, officials said.

“The long-term work on the Green Deal continues in parallel” to the coronavirus firefighting “and continues to be one of the priorities as well,” said Vivian Loonela, EU Commission spokesperson for the European Green Deal.

“We have preparations ongoing for the next initiatives and this work is continuing,” Loonela said. That work is “underway through our colleagues who are in teleworking,” she said in response to press questions.

To be sure, teleworking hardly speeds up the Commission’s internal processes. On Monday, the executive’s internal servers reportedly broke down as thousands of officials tried connecting simultaneously to the Commission servers, Euractiv has learned.

Commission staff aren’t working at full speed as a consequence. And their leaders aren’t either, due to teleworking constraints or to the coronavirus itself.

Frans Timmermans, the Commission’s executive vice-president in charge of the Green Deal, put himself on self-imposed quarantine until 20 March, after attending a meeting with French secretary of state for ecological transition, Brune Poirson, who tested positive with COVID-19.

Although Loonela said Timmermans “is in a good state of health” and “does not have any symptoms,” his self-isolation won’t speed up any Green Deal-related initiatives.

More generally, policymakers said the fight against the coronavirus, although the top priority at the moment, should not distract Europe from longer-term goals such as climate change.

Austria’s federal minister for climate action, Leonore Gewessler, rejected calls by Czech prime minister Andrej Babiš who said the EU Green Deal should be scrapped in order to focus on the coronavirus.

“I do not agree with Andrej Babiš,” Gewessler said. Although she insisted that the corona crisis must be overcome “now,” she said politicians had a responsibility to offer a long-term perspective to their citizens.

“Climate change is an existential threat which can be tackled with an economic program, the Green New Deal,” Gewessler said.

“This strategic programme defines how we can invest together with businesses and re-structure, modernise our economies. This will trigger an enormous boost for innovation. As a European, I am convinced that this is the right way forward and that we should pursue it,” she added.

“We need to start planning already now” for the post-coronavirus economic stimulus, she continued, saying that “the old growth model fuelled by fossil energy is a thing of the past”.

In the European Parliament, others were supportive as well.

“Failure to respond to the climate crisis will not help solve the coronavirus so those who use this pretext against the green deal are irresponsible,” said Pascal Canfin, a French lawmaker who chairs the European Parliament’s environment and public health committee.

“After the peak of the crisis, when the economic recovery has to be accelerated, we will be at a crossroads: any investment in infrastructure, in the building sector or in automotive, will have to be consistent with the climate issue,” Canfin said.

“We have the possibility of making this crisis an opportunity for the climate – let us seize it,” said Canfin, who hails from French President’s Emmanuel Macron’s Renew Europe political group in the European Parliament.