The GCF’s board meeting was held in Switzerland after some members objected to hold the session online, one delegate said 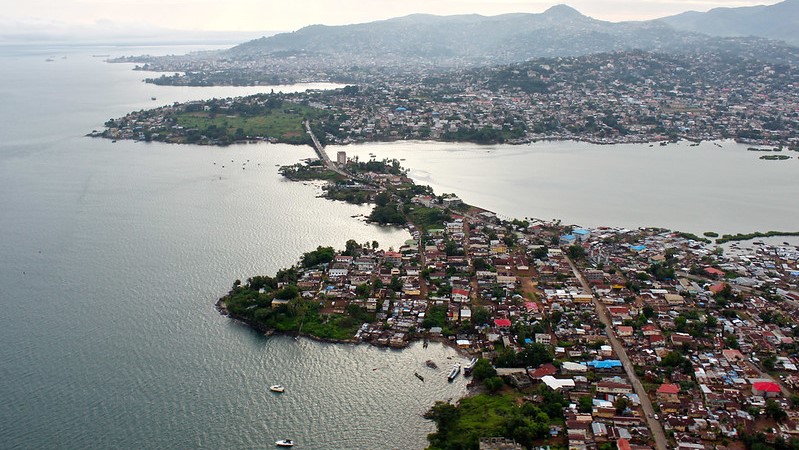 An observer to the GCF board meeting returned to Liberia's capital Monrovia last week and has become first reported Covid-19 case in the country. (Photo: UN Photo/Ari Gaitanis/Flickr)

An observer to the Green Climate Fund (GCF) has become the first reported case of coronavirus in Liberia, after attending the fund’s board meeting in Switzerland last week.

The meeting was moved from the GCF headquarters in Songdo, South Korea, to the Swiss city of Geneva at a time when South Korea had become one of the world’s hotspots for the virus.

In a notice sent to participants on Tuesday, the GCF said an observer to the meeting “has been diagnosed positive with the Covid-19 virus upon returning to their country”.

“The participant is an observer from Liberia, and the positive diagnosis has been confirmed by the President of Liberia. Relevant authorities of the Canton of Geneva are being notified,” the statement added.

The news comes after some board members raised concerns about holding the meeting physically in Geneva, where at the time 40 cases of coronavirus, or Covid-19, had then been reported, rather than online.

Attendance to the meeting, when board members discussed a new strategic plan for the next four years, was restricted with each board member and alternate member only able to be accompanied by one advisor.

In a statement before the meeting, the GCF said the room had capacity to accommodate 100 participants with registration available on a first come first served basis.

In an address to the country on Monday, Liberian president George Weah confirmed the coronavirus case and identified the observer as the executive director of the Environmental Protection Agency.

“The spread of this virus represents the greatest threat to the health and well-being of the people of Liberia since the Ebola epidemic suffered by our country from 2014 to 2016,” Weah said.

According to the World Health Organisation, 11,310 people died from Ebola in Guinea, Liberia and Sierra Leone during that time.

During the GCF meeting, French board member Cyril Rousseau said “some board members objected” to proposals to hold the meeting online. “That was technically feasible,” he said, adding holding a physical meeting was “the wrong decision”.

“I am puzzled. I think there is some irresponsibility there… We are at risk of introducing the virus in countries where that can put some strain on their health systems,” he said.

Established in 2010, the GCF describes itself “the world’s largest dedicated fund helping developing countries reduce their greenhouse gas emissions and enhance their ability to respond to climate change”.

The GCF said it would inform participants of the infected observer’s accommodation and travel itinerary shortly and encouraged all other participants to follow guidance on necessary precaution including testing and self-isolation.

In a statement to Climate Home News, a GCF spokeswoman said the fund was “first and foremost concerned for the wellbeing of anyone who may have contracted or been exposed to Covid-19.” She added the GCF secretariat was working with Swiss and Korean authorities and public health officials to limit the risks of exposure and transmission.