Premature deaths from air pollution in China could fall by 50,000-100,000 if economic downturn lasts a year, study estimates 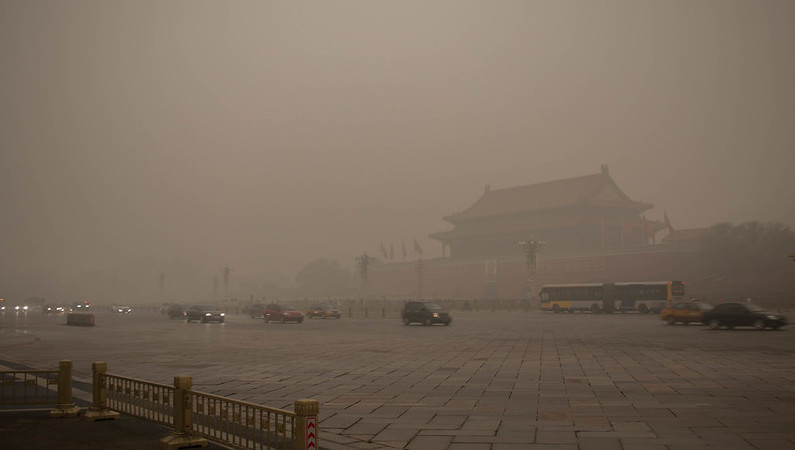 China’s economic slowdown caused by the coronavirus is having a side-effect of curbing air pollution that kills more than a million people in the nation every year, researchers say.

If a downturn in air pollution observed by satellites over China in February lasts a year, premature deaths from air pollution could fall by about 50,000 to 100,000, scientists at the Center for International Climate Research in Oslo (Cicero) have said.

The coronavirus pandemic has reduced demand for coal and other fossil fuels linked to a closure of factories and less road traffic, both in China and in other parts of the world.

Kristin Aunan, a senior researcher at Cicero, said the possibility of reduced deaths from air pollution was in no way to detract from the severity of the pandemic.

“But we have to remember that air pollution kills people, especially vulnerable elderly people,” she told Climate Home News.

Putting the brakes on – Climate Weekly

So far coronavirus, known as Covid-19, has infected about 170,000 people worldwide and killed 6,500, with cases surging daily in many nations.

Aunan was the lead researcher of a 2018 study that estimated that between 1.15 million and 1.24 million people in China die from air pollution every year.

The Cicero researchers focused on fine particulate matter, or PM2.5, described by the WHO as the most harmful type of pollution of 2.5 micrometres or less across.

Earlier this month, Copernicus, the EU’s Earth Observation Programme, said satellite measurements showed that levels of PM2.5 pollution over China in February 2020 were down by about 20-30% compared to the average for the same month in 2017, 2018 and 2019. 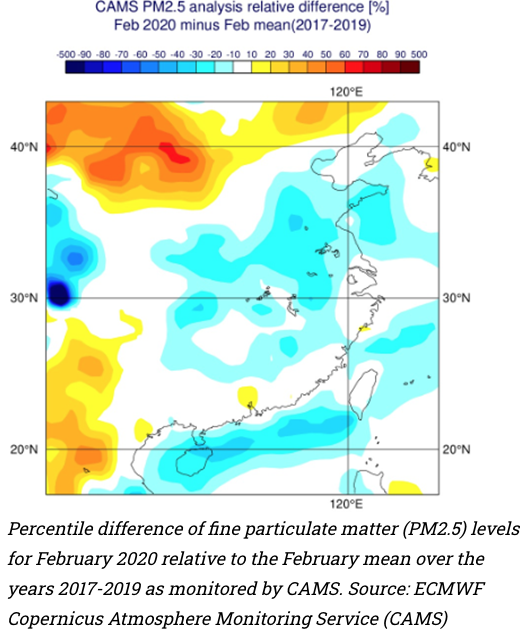 Based on those observations, Aunan and her colleagues wrote that if PM2.5 concentrations “over China remains at a level 20-30% below the baseline situation for a full year, the annual avoided number of premature deaths could amount to 54,000 – 109,000”.

That would correspond to a reduction in deaths from air pollution of 5% to 10%.

She cautioned that the figures were highly uncertain and that the impact would be far less if China’s economy recovers quickly, especially if Beijing seeks to stimulate the economy by burning more fossil fuels.

Nasa has also cited evidence that the decline in air pollution over China “is at least partly related to the economic slowdown following the outbreak of coronavirus”.

A Copernicus official said the agency would issue satellite images of Italy this week to illustrate how a nationwide lockdown has affected air pollution in the European nation hardest hit by coronavirus.

The European Public Health Alliance, a non-governmental group advocating better health for all, said in a statement that all air pollution aggravated risks in Europe from the virus.

“Covid-19 has also highlighted the need for a long-term EU strategy to address Europe’s invisible epidemic of non-communicable diseases, and measures to tackle air pollution,” it said.

It added that “patients suffering from conditions such as hypertension, diabetes, or respiratory diseases have proved to be particularly vulnerable to the outbreak”.

The European Commission says that more than 400,000 people die prematurely from air pollution every year in the EU.

Aunan told CHN she hoped efforts to combat coronavirus would also put a spotlight on wider health risks such as pollution and climate change, which is disrupting food and water supplies with heatwaves, droughts and floods.

“When we look into the future for climate change and air pollution… all these risk factors are continuously taking lives,” she said.