The draft plan will be used as the basis of negotiations at a meeting in Kunming, China, where governments are to agree on global rules to protect life on Earth 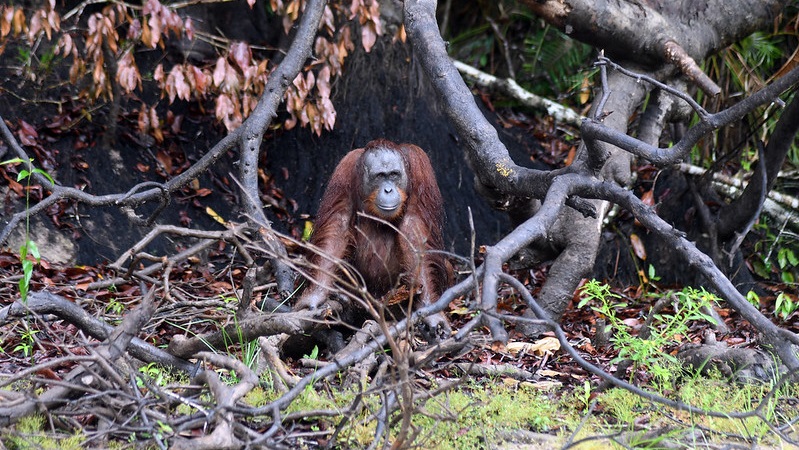 At least 30% of the world’s land and seas should be protected in the next decade to prevent the destruction of the planet’s biodiversity.

That is one of the proposals by the UN Convention on Biological Diversity (CBD) for a global framework to protect the Earth’s plant and wildlife.

The draft text published by the CBD on Monday outlines a 10-year strategy to halt the decline and extinction of species and allow ecosystems to recover by 2050.

Governments are due to adopt a new set of biodiversity targets during talks in Kunming, China, in October to replace the 2020 goals agreed in Aichi, Japan, in 2010 – most of which have been missed. The draft text will form the basis for negotiations this year.

Under the Aichi goals, governments agreed to prevent the extinction of know threatened species by 2020 and to improve their conservation status.

But a major report by the Intergovernmental Science-Policy Platform on Biodiversity and Ecosystem Services (Ipbes) in May last year warned species extinction was accelerating with ecosystems deteriorating at rates unprecedented in human history.

The report found one million animal and plant species are now threatened with extinction, with climate change identified as the third biggest driver after changes in land and sea use and the direct exploitation of organisms.

How can the biodiversity and climate crises be tackled together?

The Kunming meeting will be a key moment for the world to define a global strategy for protecting biodiversity. Governments are under pressure to make the summit what the 2015 climate talks in Paris were for global climate action.

Monday’s draft text presents a number of targets in brackets, which will be discussed and likely altered by governments.

One of the proposed goals is for protected areas and other conservation measures to cover “at least [30%] of land and sea areas with at least [10%] under strict protection” by 2030.

“That sounds like a lot of slippery language,” Alex Rogers, professor of conservation biology at Oxford University, told Climate Home News. “We need at least 30% of the ocean covered by ‘strict’ protection. 10% just isn’t going to do it.”

“The CBD has to deal with two major crises – the climate change crisis and the species crisis,” he added.

Brian O’Donnell, director of Campaign for Nature which has backed calls for 30% of the planet to be protected by 2030, agreed the draft was “a good start” but that the language needed to be clarified.

“To only ‘strictly protect’ 10% of the planet’s lands and seas raises flags as to what protection means for the remaining 20% and whether or not those protections are sufficient to safeguard lands, waters, and wildlife,” he said.

A number of governments have already come out in support of protecting 30% of the world’s land and oceans by 2030. A UK initiate, backed by 10 small and European countries, is calling for at least 30% of the oceans to be protected by 2030.

Carlos Manuel Rodriguez, minister for energy and the environment of Costa Rica, one of the signatories to the initiative, said the draft was “a starting place to have meaningful discussion”.

Alice Belin, senior marine policy officer at Seas At Risk, an NGO umbrella group, said that governments had to go further than identifying 30% of the ocean for protection.
“Destructive human activities – including extraction of resources and destructive fishing practices – should be systematically banned in these areas, and at least half of these protected areas should be labelled as no-take zones,” she told CHN.

While the draft proposed quantifiable and tangible goals, how these targets are implemented remains unclear.

The draft notes that “governments and societies need to determine priorities and allocate financial and other resources” in order to restore ecosystems. But the draft makes no mention of financial targets to achieve the goals.

“The mechanisms that ensure that we deliver on those targets are not there yet,” Li Shuo, from Greenpeace China, told CHN. “We know where we want to go but we don’t know how to get there.”

Some of the proposed implementation mechanisms include eliminating subsidies that are most harmful for biodiversity, integrating biodiversity values into national and local planning and promoting  knowledge sharing including innovation and traditional indigenous practices.

Without substantial and measurable mechanisms to implement the targets, Li warned the Kunming biodiversity framework could be a repeat of the Aichi targets, leading to “not much commitment on the rules to deliver these targets.”

The Aichi goals called for at least 17% of land and 10% of coastal and marine areas to be protected.

A 2018 report by UN Environment (UNEP) and the International Union for Conservation of Nature (IUCN) found 15% of land was protected but not all key biodiversity areas benefited from conservation measures.

Meanwhile, progress has been in marine areas with 7% to 8% of the oceans now under some form of protection, Rogers told CHN. But almost all protected areas lie in national coastal waters, with less than 1% in the high seas beyond national jurisdictions which includes nearly two-thirds of the world’s oceans, according to the UNEP-IUCN report.

“That needs to change,” Rogers said.

The draft text will be reviewed at a working group meeting in Kunming at the end of February, when a mandate for a second draft could be agreed.