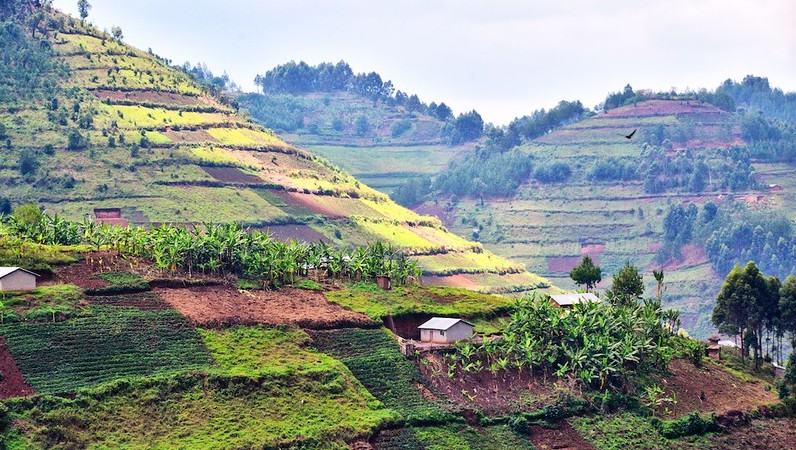 African nations are among the most vulnerable to climate change, with ever more heatwaves, droughts and floods disrupting water and food supplies on the world’s poorest continent.

Read Orji Sunday’s gripping report about how smallholder farmers in Nigeria, who grow 90% of the food crops in Africa’s most populous nation, are trying to adapt when rains don’t fall as normal.

“It wasn’t this way in the past. Rain came in its time. Sunshine came in its season … But the seasons are becoming mysterious,” said Michael Okorie, 54, a smallholder farmer in Nigeria whose yam crop failed last year after an unseasonal deluge followed an unusual dry period.

And the continent is becoming more vulnerable.

“Sub-Saharan Africa has experienced the dramatic consequences of climate extremes becoming more frequent and more intense over the past decades,” the Intergovernmental Panel on Climate Change said in its 2018 report about efforts to limit warming to 1.5 degrees Celsius above pre-industrial times.

It’s not all doom and gloom – new solutions, such as cold storage powered by solar panels in Nigeria, are helping to extend the shelf lives of vegetables such as carrots or peppers that often rot after harvest.

Our latest overview of the Paris Agreement shows that four African nations – OPEC members Angola and Libya, as well as Eritrea and South Sudan – have not yet ratified the pact. Worldwide, 189 of 197 countries have formally endorsed the accord, which will lose a key member in November when the US formally pulls out under President Donald Trump.

Check out stunning stories in the series including about drought in Zimbabwe, erosion in Nigeria, and forest ownership in Tanzania. And look out for more in coming months.

This week we’re launching a new reporting programme, seeking articles about how communities – especially women, youth and indigenous peoples – are building resilience to climate change in the most vulnerable regions of the world.

In partnership with the Climate Justice Resilience Fund (CJRF), we’re looking for inspiring stories especially from the Bay of Bengal, East Africa and the Arctic.

The Berlin-based Climate Analytics research group called on Seoul to phase out existing coal-fired power plants by 2029, stop new construction and halt funds for coal projects in other Asian nations.

It said that South Korea, where per capita emissions are more than double the world average, isn’t doing enough to rein in greenhouse gas emissions. Coal-fired plants under construction could last well into the 2050s, by when the IPCC says coal used in power generation should be “close to zero” worldwide to achieve the 1.5C goal.

About two dozen former foreign ministers called for the world to expand protected areas to 30 percent of the oceans and land by 2030 at a summit due in Beijing in October (assuming the coronavirus outbreak is solved by then).

They said the 30% should be “strongly” protected – without defining exactly what that means. Biodiversity campaigners say that too many existing parks and reserves exist only on paper with a failure to enforce restrictions.

And in climate conversations: