Cop25 Bulletin: ‘Our own pace’ 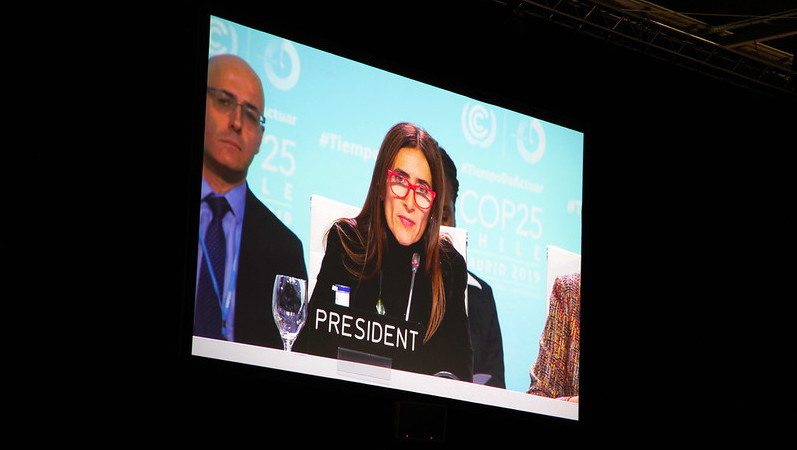 The UK is out and Poland is exempt.

In a dramatic night for European politics, Britain confirmed it would shortly leave the European Union as the Brexit-backing Conservative Party won an electoral landslide.

The UK will host next year’s UN climate summit – the most important since the Paris talks and a massive diplomatic undertaking. Now it will concurrently be negotiating the biggest national transition in decades.

CHN will be reporting more on the UK’s efforts through the next 12 months. But right now, it’s worth revisiting Tom Burke’s piece from last week on the moves the government must take at home to be a convincing champion abroad.

Meanwhile… the other 27 leaders of EU countries were desperately trying to keep things united on climate change. They failed.

In a somewhat conflicting announcement in the early hours, the EU claimed it had set a “common goal” to become climate neutral by 2050. But Poland had been allowed more time to ‘commit to implementation’.

That’s not quite how Poland read it, with prime minister Mateusz Morawiecki claiming he had won exemption from the goal. “We will reach it at our own pace,” he said. Our report here.

“A meaningful price on carbon will help to ensure that the burden of dealing with the effects of climate change lies with those who can change the system and make the biggest impact on reducing emissions: the private sector,” says Feike Sijbesma, CEO of Royal DSM. Read his full blog here***

On with today’s news…

It’s the biggest issue for negotiators at Cop25. But will carbon markets actually help cut emissions? Former UNFCCC negotiator Dennis Clare argues in an op-ed today that the focus on trading carbon is only understandable if you ask two questions: which emissions cuts do they make cheaper and for whom?

“Can countries transform the global energy system using a mechanism fundamentally at odds with expert views on how systems actually change?” writes Clare. “At the international climate change negotiations in Madrid, we’re giving it a shot.”

Thursday marked the fourth anniversary of the adoption of the Paris Agreement – a historic moment for the multilateral order. Four years on, global politics could not be more different.

Speaking to reporters about the Cop26 negotiations, Ribera said there was a “mismatch” of countries pushing for ambition and others blocking commitments to enhanced action. Ribera, an experienced negotiator and a veteran of the UN climate talks, is facilitating discussions on the final Cop25 decision text – a key test of the summit’s success

Ribera said some countries found it “very difficult to update” their climate plans and stressed it was not a requirement under the Paris deal. Others, “particularly affected by climate impacts or particularly committed to raising ambition” want the need for enhancement reflected in the final decision of the meeting.

For small island states, the spirit of the Paris accord – under which countries have agreed to regularly enhance their climate pledge – is being undermined.

Carlos Fuller, lead negotiator for the alliance of small island states (Aosis), said he was “appalled at the state of the negotiations” and the lack of progress.

“At this stage, we are being cornered. We fear having to conceded on too many issues that would undermine the integrity of the Paris Agreement,” he warned.

Grenada’s environment minister Simon Steil called out “those politically correct countries” saying the right thing but whose words are “disconnected” with their actions inside the negotiation rooms.

“The spirit and the objectives of the Paris Agreement are being eroded clause by clause, discussion by discussion,” he warned.

Meanwhile, a number of unresolved issues were passed on to the Chilean presidency to attempt to find a compromise. This was the case for the review of the mechanism addressing the loss and damages, known as the Warsaw International Mechanism.

Elsewhere at Cop25… Zhao Yingmin, China’s vice-minister of ecology and environment and head of the Chinese delegation said climate action was not in conflict with China’s economic growth. Zhao was speaking publicly on the sidelines of the negotiations.

“China’s experience has fully demonstrated that our policy measures will improve the quality of economic growth and also improve our productivity,” he said, calling on Chinese entrepreneurs to “accelerate the green transformation of traditional industries”.

Sharing the stage, former US vice president Al Gore, expressed his desire to see China and the US go back to working “very closely” on climate diplomacy. However, he had a message for Beijing: “It would to China’s everlasting credit if this policy of financing so many coal plants in other countries could respectfully be reviewed.”

The high-level event will be a stocktake of countries’ progress. It will also be a moment for governments to pile pressure on the laggards by announcing new climate plans.

The move was welcomed by Marshall Island president Hilda Heine who has been calling on leaders to present their new climate plans on Earth Day in April 2020.

UN special envoy for climate action Luis Alfonso de Alba said the UN’s focus for 2020 was getting big emitters to up their climate plans. “We have already had a number of conversations with countries that have significant emissions and may become major emitters at some point in time,” said de Alba. He added the UN had already began conversations with countries with rapidly growing emissions in Africa, Latin America and “particularly” in Asia.

A report summarising the New York summit pledges was presented by Guterres at Cop25 on Wednesday. Accountability is a key priority for Guterres’ team.

Regional check-ins will ensure “commitments turn into real action on the ground,” De Alba said. A small UN team working under Guterres, UN agencies, and Chile and the UK will help monitor progress ahead of Cop26 in Glasgow.

This year’s conference can at least boast one success to its name. On Thursday negotiators approved a new Gender Action Plan.

“What a victory after the struggles at this Cop,” said the Woman and Gender Constituency, which represents the collection of different NGOs working on women’s rights and gender justice at the UNFCCC.

The plan is framed around “human rights, equality and the need for a just transition to a green economy”, said Jess Cooke from children advocacy group Plan International. The plan also recognises girls’ participation in science and technology, adds Cooke.

The UN agenda for Friday is here.

What to watch out for…

Negotiations are not on track to finish on time. It’s anyone’s guess whether an agreement could be found Saturday morning, evening, night, Sunday or beyond. It’s likely to be a long night at the conference centre where some negotiators have been working relentlessly for more than two weeks. It’s game time.

It’s also Friday, which means it’s climate strike day. Expect protests inside and outside the talks. Relationships between the UN and NGOs are already strained.

Yesterday, the Cop presidency sent a note around the different working group chairs asking them all to wrap up the latest round of negotiations by midnight Thursday. This includes the key areas of loss and damage, Article 6 and ambition in the final COP statement.

Look out for new draft texts on all undecided issues to be released this morning, followed by an informal stocktaking plenary at 1pm. At this stage of negotiations, though, it’s advisable not to count too much on such schedules.