The Swedish teen activist may have been too young, or come up against disagreement over whether environmentalism counts as a peace activity 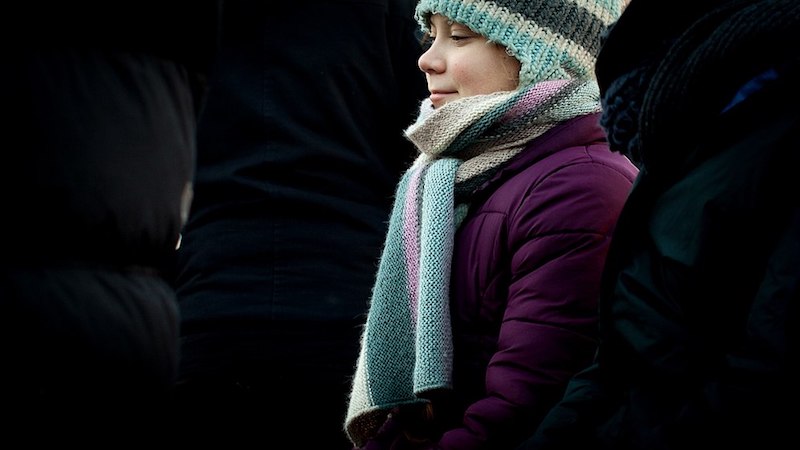 Teenage climate activist Greta Thunberg missed out on the Nobel Peace Prize on Friday even though she had been the bookmakers’ favourite.

The secretive five-member Norwegian Nobel Committee awarded the prize to Ethiopian prime minster Abiy Ahmed from among 301 nominees. Ahmed has worked to end a long-running conflict with neighbouring Eritrea.

“I have no comment on that,” Berit Reiss-Andersen, chair of the Norwegian Nobel Committee, said when asked about Thunberg and the possibility of future prizes linked to climate change, in line with a policy of only talking about the winners.

The committee does not even publish a list of its nominees.

There had been strong speculation Thunberg would win for her work to alert the world to the mounting risks from worsening heatwaves, floods, storms and rising sea levels. She has inspired a worldwide campaign since staging a solo school strike outside the Swedish parliament in August 2018.

At odds with the bookmakers, peace researchers in Scandinavia who track the Nobel Prizes had generally viewed 16-year-old Thunberg as an outsider, too young to join a list that includes Nelson Mandela, Mother Theresa and Martin Luther King.

And there has been controversy in Norway in recent years about whether work to protect the environment should qualify for the peace prize under the 1895 will of the founder, Sweden’s Alfred Nobel.

Kenyan activist Wangari Maathai won in 2004 for planting millions of trees across Africa and the 2007 prize was shared by former U.S. Vice President Al Gore and the UN’s Intergovernmental Panel on Climate Change (IPCC) for documenting the worsening risks from global warming.

Alfred Nobel’s will says the prize should go to the person who has done the most for “fraternity between nations, the abolition or reduction of standing armies and for the holding and promotion of peace congresses”.

Over the years, the Nobel committee has often interpreted “fraternity between nations” more broadly to encompass everything from human rights to the environment.

Fredrik Heffermehl, a Norwegian jurist and peace activist who is the strongest critic of the widening scope, argues that Nobel intended fraternity between nations to be confined to “cooperation and organisation of international relations. It is often diluted into the unlimited”.

“Greta Thunberg is not at all qualified for the Nobel Peace Prize,” he told Climate Home News. There is some evidence that the committee has been stung by Heffermehl’s criticisms – in recent years the prize citation has always included a sentence about why it fits Nobel’s will.

And some committee members, who are picked by major parties in Norway’s parliament, may simply be unconvinced by Thunberg and her cause.

She had travelled by train to warn world leaders that “our house is on fire.”

Norway is western Europe’s top oil and gas exporter and Thorbjoern Jagland of the Labour Party, who served as prime minister in the 1990s and strongly supported jobs in the industry, is among the members of the committee.

More broadly, there is disagreement among academics about how far war and peace are linked to climate change.

In a 2013 report, the IPCC said: “Climate change can indirectly increase risks of violent conflicts in the form of civil war and inter-group violence by amplifying well-documented drivers of these conflicts such as poverty and economic shocks.”

It added: “there remains much disagreement about whether climate change directly causes violent conflicts.”

In 2018, the UN Security Council recognised climate change as a threat to stability across West Africa and the Sahel. Earlier this year, the German foreign office said climate change posed “unconscionable risks for peace and security”.

Former UN secretary general Ban Ki-moon, set off debate in 2007 by saying that it was wrong to view the conflict in Darfur, Sudan, as pitting Arab militias against black rebels and farmers.  “Amid the diverse social and political causes, the Darfur conflict began as an ecological crisis, arising at least in part from climate change,” he wrote.

Henrik Urdal, head of the Peace Research Institute, Oslo, said blaming climate change for the conflict in the arid Darfur region was convenient for Sudan’s rulers to distract from charges they were responsible for genocide. He said that it had proved hard to establish clear links between armed conflicts and climate change.

In 2004, Carl Hagen, then the leader of the Progress Party, bitterly criticised the award to Kenyan Maathai. “You don’t give the Nobel chemistry prize to a professor in economics. A peace prize should honour peace, not the environment.”

Dan Smith, head of the Stockholm International Peace Research Institute (SIPRI) said such views were too narrow. “There’s never been a conflict with a single cause so why say that ‘if I can’t identify climate change as a single cause therefore it’s not a cause at all’?” he said.

Another factor that may have counted against Thunberg was her age, Smith added.

“Greta Thunberg has clearly got something that’s inspirational. But she is after all only 16. With the spotlight comes pressure and a Nobel Peace Prize would just intensify the glare.”

“There is time in the future” for her to win, he said. Thunberg berated world leaders at a UN summit in New York last month, saying “You have stolen my dreams and my childhood with your empty words.”

Despite objections about Thunberg’s youth, however, Pakistan’s Malala Yousafzai was just 17 when she became the youngest Nobel Peace Prize laureate in 2014 for her campaign for girls’ education.

Shot in the head by the Taliban, Malala had been widely tipped to win in 2013 but the committee waited a year, apparently to give more time to assess her work, said Asle Sveen, a historian of the prize.