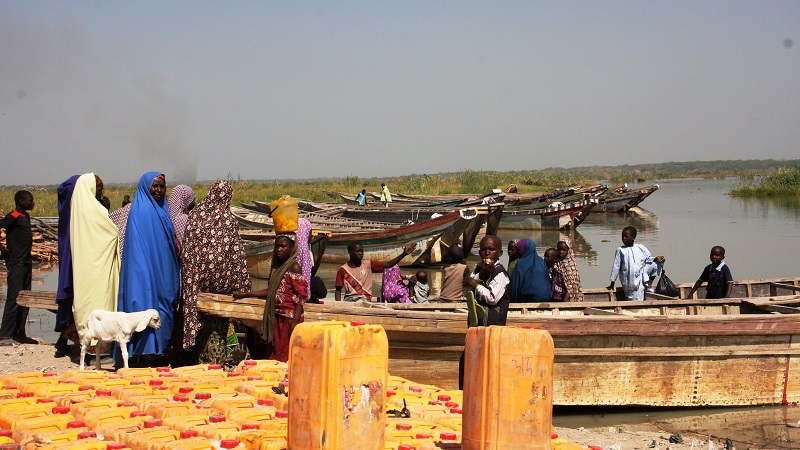 On the shores of Lake Chad, where changing rainfall patterns are disrupting livelihoods and contributing to instability (Photo: EC/ECHO/Anouk Delafortrie)

Governments must invest new effort and money to prevent climate change from driving new conflicts, according to a diplomatic statement drafted by the German foreign office.

The “Berlin Call to Action” was circulated among ministers from a dozen countries, former US secretary of state John Kerry and experts at a climate security conference on Tuesday.

Prior to the summit, German foreign minister Heiko Maas and experts from the Potsdam Institute, wrote that new tools were needed to combat these threats.

“Water is becoming increasingly scarce in the Mediterranean region, the Middle East and Central America. Agriculture and fishing are having to adjust to dwindling yields,” the article said.

“Where people’s livelihoods are under threat, conflicts are predestined. Displacement and forced migration could increase to barely manageable levels. Foreign and security policy needs to provide a response to these issues.”

The Berlin statement called for investment in risk analysis, early warning systems and the integration of climate resilience to peacekeeping operations.

An official from Afghanistan said drought was turning farmers into terrorists. The Ivory Coast’s environment minister had a similar account of criminal gangs recruiting people forced from their homes by climate impacts.

“We are living in a very dangerous moment, a deeply disturbing moment and a war on science. Fascism raises its ugly head in countries that we thought had learned the bitter lessons of war,” Kerry said, as quoted by organisers Adelphi on Twitter.

Berlin Call for Action (Text)
Under Sweden’s recent term as chair, the UN security council debated the relationship between climate stresses and violent conflict. The body has formally acknowledged climate change as a destabilising factor in Somalia, West Africa and the Sahel.

As a temporary member of the council, Germany was seeking to develop the agenda, Maas said.

The German government is coordinating a “group of friends” of around 50 countries that is set to discuss the issue in September as part of the UN secretary general’s climate summit in New York.

Russia has been the most vocal sceptic of bringing climate into UN security institutions, in January calling it “excessive and counterproductive”.

Chitra Ranagarajan, an expert on the Lake Chad basin where climate variability has fed terror groups, told Climate Home News from Berlin the summit helped to build political consensus, which should ultimately lead to better support for vulnerable people.

For example, refugees at Minawawo camp in Cameroon were using 43 tonnes of firewood a day. “We are seeing severe deforestation, which is a problem in itself, but also conflict between the refugee and host populations.” A climate-sensitive humanitarian response would provide cleaner sources of energy for cooking, Ranagarajan said.