As the biggest donor to the Green Climate Fund, Japan said it had a ‘responsibility’ to ensure it is run well 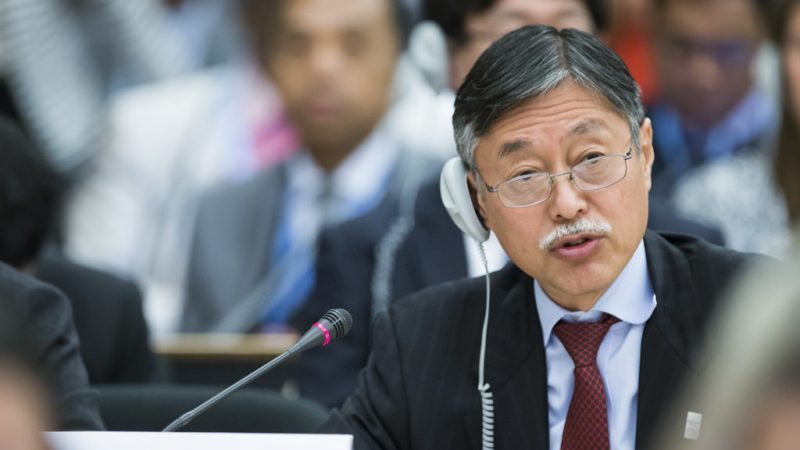 Japan is making a play for one of the most politically critical jobs in international climate finance.

The executive director vacancy at the Green Climate Fund has been openly advertised, with a 12 December deadline for applications. Japan’s foreign ministry took the unusual move this week of publicly nominating an experienced diplomat, Kenichi Suganuma, to the role.

“Given that we are the largest donor… in that sense we have the largest responsibility to secure the fund’s smooth operation, both in regards to the international community and those who are taxpayers as well,” he said, speaking on the sidelines of Cop24 climate talks in Katowice, Poland.

Touting Japan’s financial clout is provocative, however, on a board set up to give developing countries an equal say on where the money goes.

South African board member Zaheer Fakir said it was for the board to select the executive director based on agreed criteria. The amount of money contributed “holds no weight” in that decision, he told CHN.

It comes at a critical time for the fund, which is a beacon of cooperation between rich and poor countries to tackle climate change. After a July meeting collapsed in acrimony, the board regrouped in October and agreed to launch a fundraising drive.

The next executive director will be under pressure to slash paperwork demands, speed up the flow of money and show results – all while navigating fraught boardroom politics. In parallel, the board is set to appoint a “facilitator” for the replenishment process.

The GCF reached the bottom of its $10.2bn start-up capital faster than expected, after Donald Trump reneged on $2bn of the US pledge and currency fluctuations hit the value of the remainder. It has allocated $4.6bn to projects in the developing world that cut carbon or build resilience to the impacts of climate change.

Germany was the first to pledge new cash, doubling its contribution to €1.5 billion ($1.7bn). Australian prime minister Scott Morrison, on the other hand, has declared he will not “tip money” into the fund.

Japan is reserving judgment until it sees a performance review, said Magosaki. “We have to secure the accountability of the secretariat. They will probably have to speak out a bit more about their achievements. We have not heard back quite enough for the justification of $1.5 billion yet.”

The moment of truth will come in the third quarter of 2019, when developed countries will be expected to put up money at a pledging summit.

Meanwhile Russia is preparing to make its first donation, an adviser to the delegation told CHN.

As an “economy in transition”, Russia is not obliged to provide climate finance to the developing world under the UN framework. For years, it has been dangling the prospect of a voluntary contribution to the GCF.

Now the country is finalising the legal arrangements to transfer “a few million” dollars to the fund in the next few days, said the adviser, who asked not to be named. That would give it a say in the discussions.

While he could not say whether Russia was seeking a seat on the fund’s board, the adviser suggested the country was well placed to mediate rich-poor disputes. “What we saw [in July] was a standoff between one side of the table and the other side of the table and we really think that Russia… can help to bridge the gap,” he said.

UN secretary general Antonio Guterres expressed support for reform and replenishment at a press conference in Katowice on Tuesday. “The GCF needs improved management to be more effective, but it also needs funds,” he said.