In a dramatic conclusion to a meeting that failed to approve any finance for the developing world, Howard Bamsey announced his exit from the Green Climate Fund 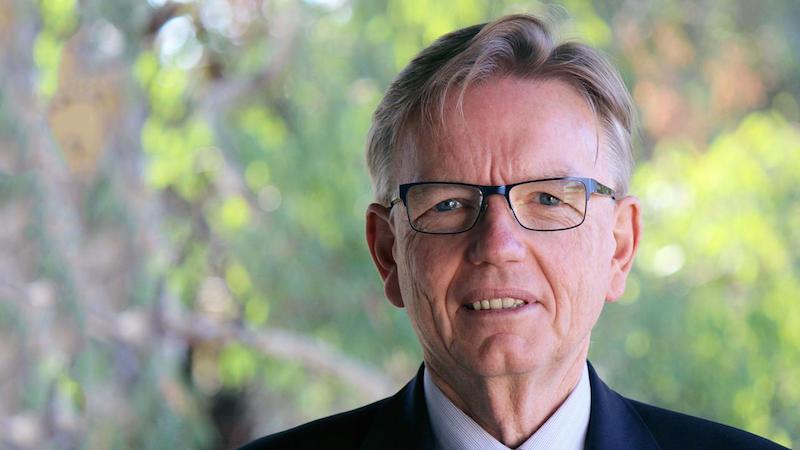 Howard Bamsey resigned as executive director of the Green Climate Fund (GCF) with immediate effect on Wednesday, in a bombshell finish to a fraught board meeting.

The Australian cited “pressing personal issues” in his resignation letter, adding that it was best he leave before the next round of fundraising started.

It came as the four-day meeting in Songdo, South Korea collapsed with no decisions on 11 funding bids worth nearly $1 billion, or on how to top up the flagship climate finance initiative’s dwindling resources.

Sweden’s Lennart Båge, who led the session single-handed while Nicaraguan co-chair Paul Oquist stayed home to deal with a political crisis, said: “This has been a very difficult and disappointing board meeting for all of us, but most importantly for those people who are most vulnerable to climate change impacts, and who depend on the activities of the fund.”

Board members expressed frustration and disappointment at their inability to make progress, as relations between donor and recipient country representatives hit an all-time low.

“We were hoodwinked by developed countries,” South Africa’s Zaheer Fakir, a former chair of the board, told Climate Home News. “It’s a mess.”

The meeting was beset by procedural problems, with the co-chairs accused of failing to adequately consult before the meeting. It took nearly half of the four-day session to agree the agenda, leaving little time for substantive discussion.

One of the major areas of contention is control of the replenishment process. US representative Geoffrey Okamoto said it should be “donor-driven”, to the chagrin of development campaigners. President Donald Trump is refusing to honour an outstanding $2bn US pledge to the fund.

“The gall of the Trump guy to say #GCFund replenishment process should be donor driven. Guess he’ll just sit down and shut up then,” tweeted Action Aid’s Brandon Wu. He noted that one of the founding principles of the fund was to give developing countries an equal say.

Money is running low, with just $2.8 billion left to allocate. But Finland’s board member Satu Santala tweeted that was not the reason talks failed. “Governance of GCF needs urgent fixing,” she said.

Amid the political gridlock, observers were broadly positive about Bamsey’s record at the fund and concerned by his sudden exit.

“[His resignation] is understandable on a personal level, but a gigantic loss for the fund and its employees at a time they need stability and reassurance,” said Liane Schalatek of the Heinrich Böll Foundation.

@hbamsey resigns from #GCFund. What an instrumental leader he has been to steer the direction of the fund. I hope the @GCF_News Board finds the difference between “what you have the right to do” vs. “what is the right thing to do”

Båge said Bamsey had done an “exceptional job”, leading a period of growth and speeding up implementation of climate projects.

The GCF is designed to be the major conduit for billions of dollars in public climate finance promised to the poor world. Since taking over the struggling fund in 2016, Bamsey has overseen a period of steady progress and the first tranche of major projects receiving cash. A reluctant appointee, he told Climate Home News in March that he took the job because the fund “really had to succeed”.

While this week’s meeting failed to continue recent progress, advocates for the fund said it could survive.

“It was a frustrating meeting, but sometimes things need to get worse before they get better. It is a wake-up call to the board,” said Jasmine Hyman, lead consultant at E Co. “I actually am optimistic that they will come to an agreement about the replenishment process.”

I was in Songdo at #GCFund meeting. Yes, the Board totally failed to take the urgent decisions needed. But Howard‘s resignation wasn’t because of the meeting, but for personal reasons (and had been rumored for some time). And a failed Board mtg does not mean failure of the Fund.

Ian Callaghan of climate finance network NDCI Global, who has been tracking the progress of the fund remotely, said it needed to be to be “de-politicised and professionalised”.

“Let’s hope one outcome of this very public meltdown at the GCF is a proper debate about how such an overhaul could be undertaken, because without it climate finance will remain a backwater rather than the mainstream asset class it needs to become if the trillions are to be mobilised, especially for developing countries,” said Callaghan.

The next board meeting will be in October in Bahrain.