The country won’t withdraw from the Paris Agreement, but it’s not obliged to follow UN recommendations either, Scott Morrison said 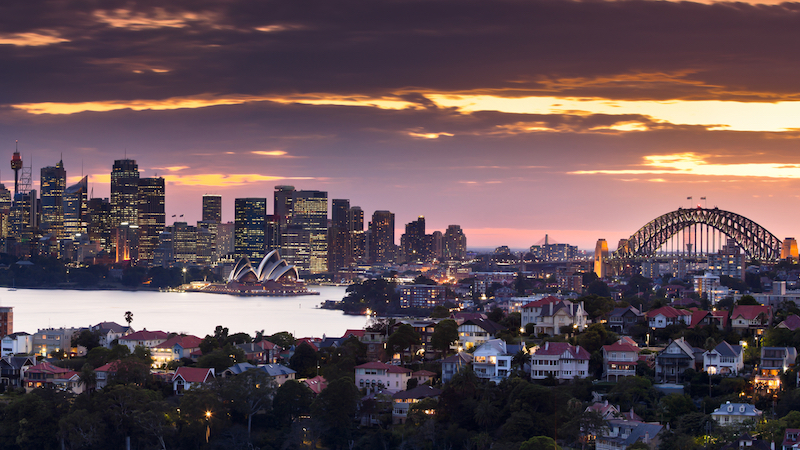 Sydney, Australia is one of the wealthiest cities on earth. Scott Morrison's seat is in its southern suburbs (Photo: Deposit Photos)

Despite calls from Abbott and others for him to withdraw from the Paris climate agreement, Morrison told the radio station 2GB on Monday that was unnecessary as it did not oblige the country to follow recommendations, such as Monday’s report on a temperature rise of 1.5C.

“Nor are we bound to go and tip money into that big climate fund; we’re not going to do that either,” he said. “So I’m not going to spend money on global climate conferences and all that sort of nonsense.”

The GCF is expected to begin its replenishment programme at a board meeting next week. Its original pot of $10bn has been diminished by spending on projects, the failure of the US to pay $2bn pledged by Barack Obama and currency fluctuations.

The fund secretariat declined to comment on Morrison’s statements. But one of the African board representatives Zaheer Fakir said Australia’s reticence posed a concern “not only for the GCF, but for the broader climate agenda”.

“We have noticed decline or regression in funding and the mantra being presented by developed countries is for developing countries to do more with less, use your own resources, take more loans and seek money from private sources and other non state actors,” he said.

Maldives board member Amjad Abdulla told CHN the pre-emptive decision by Australia “is really going to hamper” discussions currently taking place on the rules of the Paris Agreement.

Last week, after press reports had suggested Australia would stop new money for the GCF, CHN asked the government to clarify. A spokesperson for the department of foreign affairs and trade said: “Australia does not currently plan to replenish the Green Climate Fund above our existing commitment of A$200m.”

This appeared to leave open the possibility for some new funding, but the prime minister’s comments on Monday shut that down.

On Monday, Morrison said no such policy was necessary. Australia can meet its pledge under the Paris Agreement “in a canter”, he said, without causing economic fallout at home – as long as it does not spend money on “some global climate fund”.

In figures published in December 2017, the department of the environment and energy said total emissions were projected to drop by just 5% by 2030, compared to 2005.

“The Liberal Party has capitulated to the hard-right and will continue to wage their anti-science, anti-renewables, anti-climate change agenda,” Butler said in a statement on Monday. Labor wants a goal to boost the share of renewables to 50% and reduce emissions by 45% by 2030, and down to net-zero by 2050, he noted.

Australia must hold federal elections by mid-May, and climate and energy policy is likely to be a contentious issue yet again. Differences over the now-defunct carbon tax and failed energy reform have led to a quick succession of prime ministers over the past decade, from both the Liberal and Labor parties.

Morrison also dismissed the stark warnings in a UN climate science report released shortly after his interview on Monday.

“The same report that’s coming out today said a year ago that the policies were fine,” Morrison told 2GB. “But we’re investing in the [Great Barrier Reef] to ensure that’s secure, we’re taking the practical action we need to take. But we don’t get led around by the nose by these organisations.”

The UN climate science body did not release a similar report last year.

Pressed on why Australia doesn’t follow US president Donald Trump in announcing plans to withdraw from the Paris Agreement, Morrison said it is “an enormously important issue” for the country’s strategic partners in the Pacific.

Other government figures have pointed out that pulling out of Paris could harm Australia’s trade ambitions with the EU.

Morrison also noted that it was the Abbott-led Liberal government that signed up to the 2015 accord – unlike in the US, where there has since been a change of government.

“I was part of that government, and when Australia puts its words to something it means something,” Morrison said.