The coalition that built the Paris Agreement has broken down, leaving Patricia Espinosa with few powerful friends to call on to secure a deal in Katowice 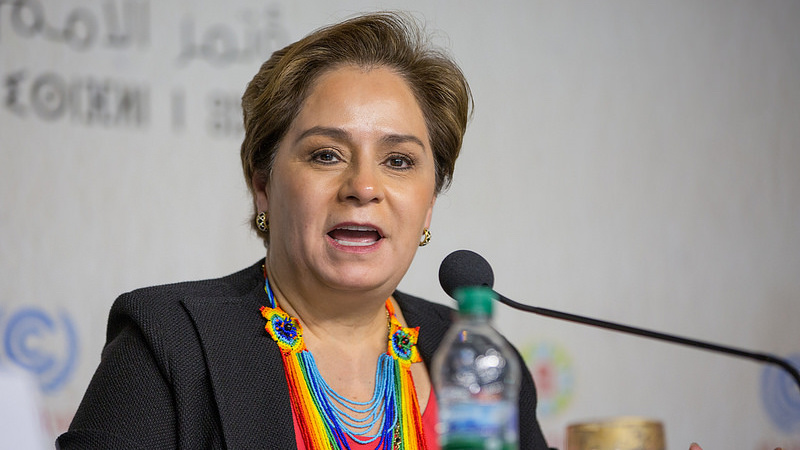 Patricia Espinosa must find a delicate balance at this year’s major climate summit.

As head of the UN’s climate change secretariat, she’s supposed to quietly mediate the contentious talks over global climate change rules. But in the end, it may fall on her to muscle countries to consensus and save the promise of the celebrated Paris climate agreement.

Like in Paris in 2015, negotiators from around the world are meeting to agree on efforts to limit global warming. But missing in Katowice, Poland are some of the political heavyweights who joined forces to land the deal Paris: the US, the French presidency and Espinosa’s fiery predecessor.

That leaves Espinosa as one of the few people at these crucial talks with the potential to break a gridlock.

Her message to negotiators ahead of the summit: everyone must come ready to cede ground.

“There are many creative ways of trying to put together some landing zones that can make different parties have the minimum amount of comfort,” Espinosa told Climate Home News in an interview. “In multilateral agreements, it’s always finding this delicate balance where everyone can see his own position reflected, even if it’s not 100% what they would expect.”

The former Mexican ambassador has been here before: as president of the 2010 climate summit in Cancun. It was a year after countries failed to reach an accord in Copenhagen, and she is widely credited for clinching a deal that committed the world to keep working on what would finally be agreed in Paris.

But the text in Katowice is thicker and thornier than the political declarations of the past, and the stakes are potentially even higher. Plus, the UN post puts Espinosa in the trickier position of facilitating decisions, without making them.

“Being in the secretariat, unlike the moment when I was presiding over the conference [in Cancun], is a very different role, and we need to always be very mindful of that and the fact that the responsibility lies within the parties,” she said.

Cop24 is Espinosa’s third climate talks in the UN post. But as the first that is due to deliver a finalised text, it will be her toughest and most important yet.

CopCast: Episode one – What are we doing in Katowice?

At the end of this fortnight, negotiators aim to agree the complex rules needed to make sure countries actually fulfil their pledges under the Paris Agreement, and set the scene for them to raise those pledges by 2020. The talks have already reignited rifts between rich, emerging and poor economies – mostly over the division of responsibilities and aid. If the rules are too loose, governments can say they are reducing emissions and providing finance without showing it. Too tough, developing countries say, and they’ll impede economic growth.

Poorer countries, in particular, will be looking to Espinosa to make sure the Katowice outcome adds meat to the bones of the Paris deal’s goals to limit global warming to well below 2C, and ideally 1.5C.

“She belongs to everyone,” said Gebru Jember Endalew, chair of the group of 47 least developed countries and an Ethiopian diplomat. “With her role in coordinating, she will have a bird’s view of what’s happening in the negotiations, which group is engaged more constructively, which group is blocking. Using that, she could have an advisory role in addressing countries.”

Espinosa is known for her reserved and mild-mannered style, both publicly and in closed-door negotiations. Two climate diplomats described her as “subtle”, “not pushy” and a “smooth operator”. That can make for a frustrating media interviewee. She is warm and friendly, but refrains from talking tough. She speaks in lengthy, detail-heavy sentences rather than snappy sound bites.

“She’s the kind of person who stays steady at the wheel, and I think that’s a good characteristic in this upcoming Cop, in that there’s a lot technical complexity and some political complexity,” he said.

She carefully couches expectations for the summit, stressing the huge amount of work to get through. For it to be a success, however, it should produce the “basis of the machinery” for implementing the Paris Agreement, and a sharing of information that gives countries the “confidence” they need to raise their pledges.

But what the talks may need in the 11th hour is a louder cry for motivation – and perhaps straight out bullying, according to some observers – to get to the end. Here, Espinosa is in a lonelier position than that of Christiana Figueres, who held her post in Paris.

Climate Home News brings you reporting from inside the room at every UN climate summit and Cop24 is no exception.

Support our journalism by making a regular donation through our Patreon account.

Figueres galvanised support for the deal with public punches about the urgency of stemming climate change. But she was also backed by well-tuned powerbrokers including the French summit presidency and the Obama administration, who opened a bridge between the developed and developing worlds by partnering with China. That coalition was broken by Donald Trump’s plans to withdraw from the deal.

On top of that, the politics around climate change have soured elsewhere in the past three years. Australia has backed away from future climate finance, Germany is struggling to set an end date for coal use and Brazil’s president-elect appointed a climate denier as foreign minister. Meanwhile, greenhouse gas emissions reached new highs in 2017, according to UN data published in November.

And, there are concerns that the Polish presidency is working to protect its prominent coal industry and slow efforts to raise national pledges.

Diplomatic as always, Espinosa acknowledged that Poland, like other presidencies, wants to raise attention about issues it cares about. However, she said, that is not part of the formal talks. “I think that is really a very generous signal, it shows also Poland does not want to complicate the negotiations any further.”