Polish government split over coal ahead of UN climate summit

The energy minister has published a statement in defence of coal, which was swiftly disavowed by the presidency of the upcoming Cop24 climate negotiations 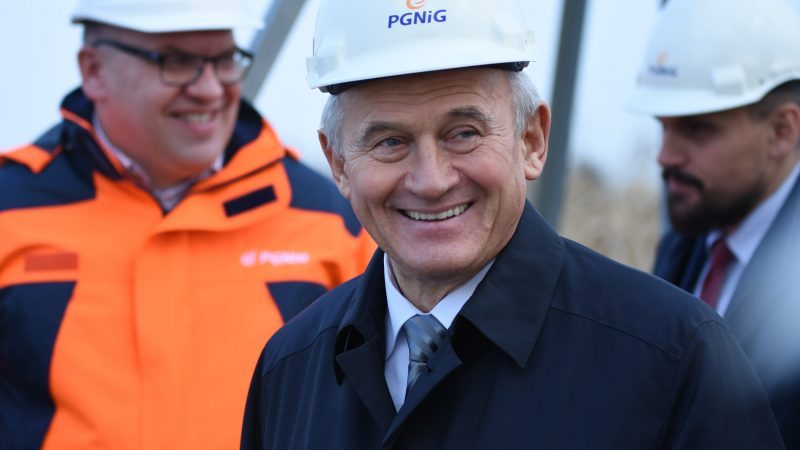 Poland’s energy ministry has come out fighting for the coal sector, ahead of UN climate talks in Katowice next month.

Krzysztof Tchórzewski’s ministry defended the country’s heavy reliance on the polluting fuel, in a statement published on Monday. In 2017, coal generated 78% of electricity.

Yet a spokesperson for the Cop24 presidency, which sits in the environment ministry, said in a terse email that did not represent the Polish government position.

The conservative Tchórzewski is already locked in dispute with the prime minister Mateusz Morawiecki over the government’s “war on smog”.

Morawiecki and technology minister Jadwiga Emilewicz are promoting tougher quality standards on coal used in home heating, to clean up polluted air. But Tchórzewski has frustrated their efforts, watering down the proposals and delaying action.

The energy minister is also a strong advocate for Ostrołęka C, a controversial new coal plant proposed in northeastern Poland.

In the latest statement, Tchórzewski’s ministry declared its opposition to raising EU ambition on climate change, arguing this would harm the Polish economy.

At an international level, it said the fight against climate change should “preserve the competitiveness of national economies and their sovereignty in shaping energy mixes”.

While noting the potential of renewables, electric vehicles and nuclear, the statement maintained “clean coal” and “low-carbon” natural gas had a continued role.

“The minister of energy is in favour of the evolutionary transformation of the power sector, instead of drastic restrictions on the use of fossil fuels,” it said, citing energy security and affordability concerns.

Others see a greener future for Poland’s energy. Think-tank Forum Energii has mapped out four scenarios, ranging from maintaining coal dominance to 73% renewable power by 2050.

Over the period studied, the whole-system costs were similar, with renewables delivering slightly cheaper electricity. Diversifying into renewables would also reduce reliance on fuel imports, the study found.

A poll commissioned by Greenpeace Poland last year showed clean energy was popular, with 74% supporting a shift from coal to renewables. “Investing in renewables is the only way to keep energy bills low for Poles,” said campaigner Paweł Szypulski. “Staying with coal is absolutely not in line with the Paris Agreement and not in line with scientific knowledge and not in line with what Polish people would like to see.”

The EU needs to phase out coal power by 2030 to meet the temperature goal in the Paris Agreement, according to Climate Analytics.

The European Commission is due to release its proposal for a long-term climate strategy next week. Ten member states have called for this to include a pathway to net zero emissions by 2050. There is also a live debate over whether to strengthen the 2030 emissions target in the coming year.

Warsaw has long been the most vocal opponent of climate regulations in Brussels, backed by the Visegrad Group of central European countries. However its traditional ally Hungary has signalled plans to shut its last coal plant by 2030 and replace it with a clean energy hub.

Michał Kurtyka, a junior energy minister appointed to preside over Cop24, has highlighted the transition already under way in host city Katowice. The region is home to two coal mines, down from 14 in the industry’s 1980s peak.

He has a mammoth technical task to oversee at Cop24: the completion of detailed rules to implement the Paris Agreement.

Kurtyka is also expected to promote three political statements. These will focus on the role of forests and electric vehicles in tackling climate change, and call for “a decent future” for fossil fuel workers affected by the shift to a low carbon economy.