‘We will leave the European Union with a vision for the future,’ the commissioner tells CHN as he prepares to fight for net-zero emissions 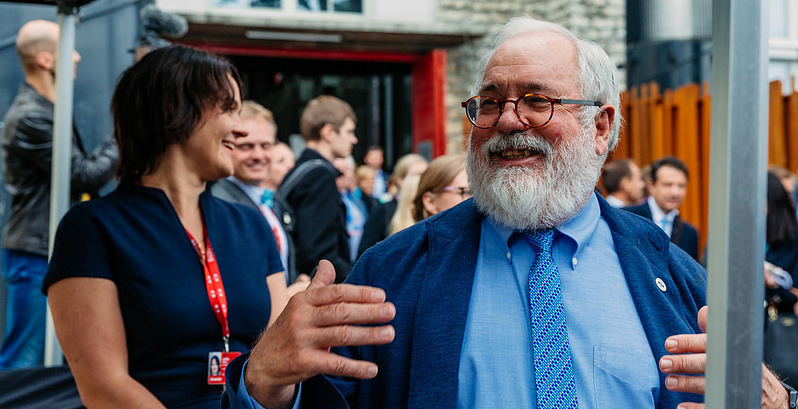 Miguel Arias Cañete, during an environment ministers' trip to Estonia in 2017 (Photo: EU2017EE)

Some saw it as a political stroke of genius.

Caught between international pressure to speed up greenhouse gas cuts by 2030 and resistance from several EU states, the climate action and energy commissioner was telling the world that Europe is now on track to supersede its own pledge under the Paris Agreement, “de facto”.

That, and the 2050 climate strategy the European Commission will propose on Wednesday, will cap off a five-year term that has set Europe’s climate and energy trajectory in thousands of pages of new legislation.

A new class of commissioners will take over late next year. But before he signs off, Arias Cañete hopes one last push will convince policymakers to set a course to reduce greenhouse gases to net-zero by mid-century, from 60% now, he told Climate Home News on Tuesday.

“We have completed the circle, and now we will leave the European Union with a vision for the future to open a big discussion amongst member states, parliamentarians, stakeholders, citizens, NGOs, of what will be the next degree of ambition,” Arias Cañete said. “We have seen where we have to arrive, and now it will be for the next commission and the next parliament and the council to decide how far they want to go.”

Whether these parting efforts can satisfy international demand on Europe to bring its policies in line with the Paris Agreement’s goal to limit global warming to 1.5C, rather than 2C, still remains to be seen.

The climate strategy will set out eight pathways for greenhouse gas emissions by mid-century, leading to reductions of either 80%, 90% or net-zero compared to 1990.

But the commission will make clear the pathway it prefers, urging EU leaders to choose net-zero when they begin discussing it next year. Then, the commission thinking goes, the bloc will be forced to revisit all of its climate and energy policies and scale them up.

“If this is endorsed by leaders, and they say ‘let’s go for net-zero by 2050’, you need to start crafting that pathway,” said an EU diplomat who has worked closely with Arias Cañete. “What does that mean in practice? Targets will need to be revised upwards.”

That would leave a largely successful legacy for a conservative politician who drew heavy criticism when he was nominated in 2014, including for holding shares in two oil companies while he was Spain’s agriculture and environment minister.

Instead, Arias Cañete caught many environmentalists by surprise with a mix of enthusiasm, openness and stamina for tough negotiations – even if the commission’s proposals often fell short of greens’ demands.

“He’s been the classic caterpillar that became a butterfly, because he was open to listening beyond his conventional story,” said Sanjeev Kumar, founder of the climate think-tank Change Partnership in Brussels.

Arias Cañete became particularly prominent on the international stage. He made the EU a key player in clinching the 2015 Paris deal by working closely with his counterparts from the US, China and vulnerable developing countries – many of whom he hugged once the deal was done.

In another technically savvy move, Arias Cañete convinced EU states to ratify Paris as a bloc in late 2016, before many of its national parliaments had done so. The move pushed the accord into legal force years ahead of expectations, adding to a sense of initial momentum around the agreement. The carefully executed swoop required multiple daily phone calls with France, Germany, Poland, the UK and other members, the EU diplomatic source said. “He managed to make them understand that what was at stake here was that because of sovereignty concerns, we could miss one of the biggest opportunities for credit, leadership and recognition. And that’s how we did it.”

Arias Cañete then stepped up to try and fill the leadership void left when US president Donald Trump announced plans to pull out of the Paris deal, partnering with China and Canada. But it wasn’t always successful. A widely awaited EU-China statement on developing clean technology and raising climate finance for poor countries was blocked by a wider trade spat the day after Trump’s June 2017 announcement. The text was adopted a year later.

As countries prepare to meet in Katowice, Poland next week, the EU’s ability to lead global climate diplomacy will be tested. Tensions between China, its allies and the developed world threaten to send the talks off track. All of Arias Cañete’s relationship-building and diplomatic experience over the past five years will be required to bridge the divide. 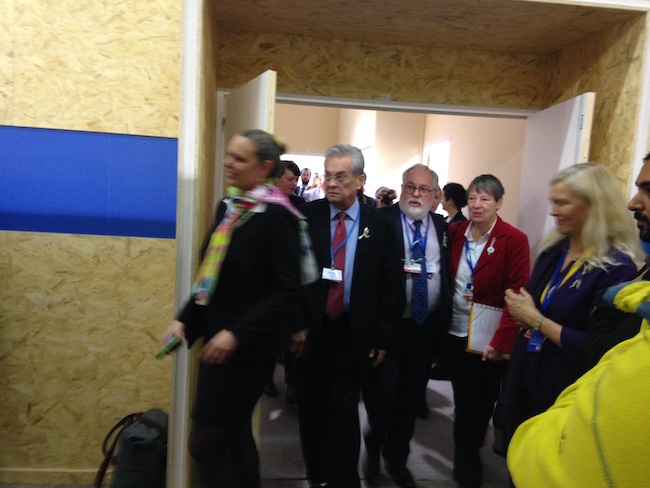 While Arias Cañete has tried to lead on the world stage, the EU remains divided on climate change, struggling to agree on raising its own emissions targets and cut fossil fuels more quickly. Resistance from eastern and central states has led to incremental shifts – with the commissioner present for many of the late-night talks.

The commission’s proposals usually struck a balance between a more ambitious European Parliament and countries looking to protect their big, polluting industries. But the EU did agreed to increase its 2030 renewable energy and efficiency goals this year. It was with this deal that Arias Cañete said the EU could now go beyond its Paris pledge for reducing emissions.

“I thought it was good to tell the member states, the parliamentarians, that with the ambition they have both agreed, we were overshooting our targets,” he said. “It was the obvious, but some people don’t understand the obvious.”

Critics, however, saw it as a missed opportunity to push countries further. German chancellor Angela Merkel in fact shot back a few weeks later, saying the EU should meet the existing targets before setting new ones.

“If he was serious, he would have immediately also said: ‘and this means we need to also adjust our policies’,” said MEP Bas Eickhout, who represented the Greens in a number of climate and clean energy policy negotiations. “What he was doing was stating a fact without political consequences.”

Environmentalists are similarly circumspect about the climate strategy coming on Wednesday.

The net-zero goal falls short of what is expected of Europe if the world is to meet the 1.5C temperature goal, according to Climate Action Network Europe. And its pathways would not begin until 2030, meaning its current Paris pledge (which covers the next 12 years) would remain unchanged, said Eickhout.

This could put the bloc in an uncomfortable position on the international stage next year.

The Paris accord requires countries to revise their 2030 targets by 2020, but UN secretary-general António Guterres is encouraging them to do so at a summit he is hosting in September. As the world’s third-largest emitter after the US and China, and the most dominant developed world bloc after the US backtrack, Europe will be in the spotlight to show something new.

“They’re going to need to be relevant, otherwise they’re going to be out of the game,” a climate negotiator for a small island state said. “They’re putting a lot of hope on the 2050 strategy. While that is welcome,  it will only have impact if linked to short term decision-making.”

But Arias Cañete stressed that the EU’s policies for 2030 all include review clauses for 2023 or 2024, giving policymakers the opportunity to keep ramping them up rather than taking some 27 months to enact new legislation.