Wael Hmaidan is on leave pending investigation of ‘serious complaints’, including from the father of a former Climate Action Network employee who took her own life 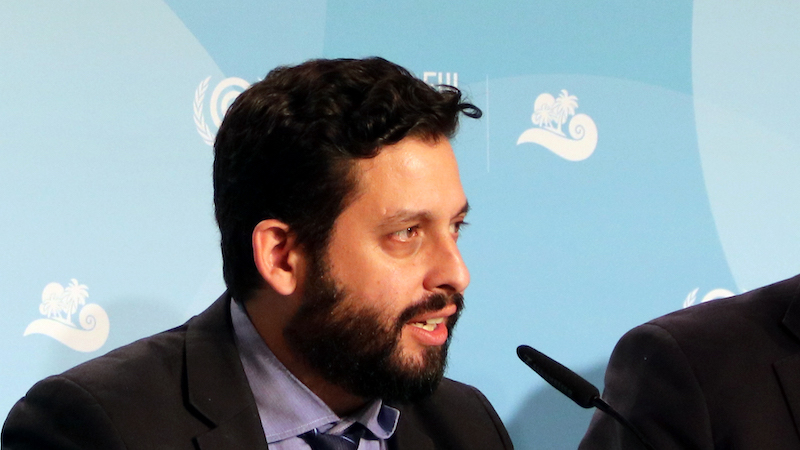 The head of an influential climate campaign group has been suspended after allegations of gender-based bullying, discrimination and inappropriate conduct towards female employees.

Executive director Wael Hmaidan was put on leave from Climate Action Network International (Can-I) by the board on Wednesday 7 November, pending an independent investigation into “a number of serious complaints”.

Three letters seen by Climate Home News set out grievances about the organisation’s failure to adequately protect female staff from a range of inappropriate behaviour.

The first, dated 31 October, was sent by the father of former Can-I employee Holly Borday, on the anniversary of her suicide. Robert Borday wrote an open letter to “people working in the climate movement”, urging them to speak out about a workplace culture he said “broke her spirit completely”.

The second, on 5 November, was sent by another former employee to all Can-I board members since 2015. Over eight pages, the complainant detailed allegations against Hmaidan including “touching and overtures which felt inappropriate”, jokes and comments about her appearance and excessive or demeaning work demands.

The third, on 7 November, is signed by 14 former employees and one current Can-I employee. Citing Robert Borday’s letter and “several” complaints from ex-staff, they accused the organisation of failing in its duty of care. They called for “swift and just action” to create a safe working environment.

The allegations in the letters have not been proven and are the subject of an ongoing investigation. Internal correspondence seen by CHN shows the inquiry is being conducted by Saleha Walsh, a vice president at Boston-based consultancy Insource.

Sanjay Vashist, co-chair of the Can-I board, said the organisation was “not in a position to comment on details”. Hmaidan told CHN the board had asked him not to comment.

Can International has a central role in the international climate movement. It connects 1,300 NGOs in 120 countries, according to its website. At UN climate summits, it holds daily press briefings, coordinating campaign messages and shaping the media narrative.

As head of the network since April 2012, Hmaidan has been a prominent spokesperson, sharing platforms with world leaders. His suspension came in the build up to the crucial Cop24 talks in Poland, which start on Sunday, where he would have played a key role representing global civil society.

In a statement on Thursday 8 November, Stephan Singer, who is acting director pending the outcome of the investigation, gave assurances the organisation would continue to deliver on its strategic objectives.

“Every measure is being taken to ensure that all processes and protocols are in place to support the Can International secretariat staff and enable the team to work in an environment conducive to their best interests and the interests of the network,” he said. 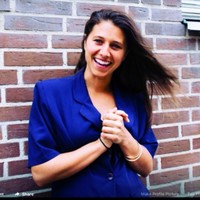 Holly Borday started work at Can-I in November 2015, just before the critical Paris climate summit. She reported directly to Hmaidan, as an executive officer.

“My daughter Holly Borday loved the planet and everything living on it,” her father wrote, in a letter CHN understands has been widely circulated within Can-I. “She was really incredible at meeting people and speaking about her passion for the world and its beauty. I don’t know how many people gave up eating meat or considered buying a smaller car because Holly spoke to them with such love and passion.”

Robert Borday did not name Hmaidan or Can-I, but referred to the job she had in the climate movement “from the end of 2015 through early 2016” as “her last”.

During that time, he said, his daughter reported working long hours, being assigned tasks that were not in her job description, given no guidance and publicly embarrassed when she could not fulfil them. She also expressed concerns about “a male senior colleague who she believed was making inappropriate advances, and making her uncomfortable”.

While he and Holly Borday’s mother did not directly witness that behaviour, wrote her father, “what we did see was our happy, outgoing daughter begin to question herself, suffer from poor self-esteem and extreme levels of stress”.

Things came to a head at a series of meetings in Berlin, in early 2016. Borday was so overwhelmed by the workload she stopped sleeping and “sounded increasingly panicked and frightened”. Her parents offered to fly to Berlin to take her home to the US. When she did return home, she fell into a deep depression, her father reported.

Borday had faced “challenges” with her mental health before this period, her father writes, but was managing well. After leaving Can-I, “she felt terrible about herself and believed she was no longer of any value”. This was compounded by physical illness, as she came down with rheumatic fever. She never worked again.

“Sometimes I think Holly’s experience in the climate movement was so negative and humiliating that it ruined her chance of recovery. I think it killed her energy and shattered her confidence,” Robert Borday wrote.

In the weeks before Borday’s death, the news was dominated by complaints of sexual harassment against Hollywood mogul Harvey Weinstein. The hashtag #MeToo went viral as women were both emboldened to share and forced to relive their own experiences.

On 18 October 2017, in a Facebook post seen by Climate Home News, Borday described some of her experiences of unwanted sexual attention. It was addressed to a list of unnamed perpetrators, including: “To one of my last bosses… Head of a major organization who sexually propositioned me on more than one occasion before I left dizzily confused about expectations of professional work places.”

Two former colleagues at Can-I told CHN they believed this to refer to Hmaidan. One reached out to Borday and got a message of thanks in reply, saying “ill be in touch when im a bit stronger [sic]”. That day did not come.

The same colleague told CHN: “I cannot say there is a direct causal link behind her taking her own life and the abuse she felt the need to express to friends and colleagues under #MeToo. But I can say that there is a huge feeling of remorse around her death and that many people feel the least that can happen is an investigation into her claims.”

Robert Borday, who asked not to be contacted by media, said a “combination of factors” had contributed to his daughter’s death, “but I believe the cruelty she faced at work had broken her spirit”.

A second letter, sent by a former Can-I employee, alleged similar experiences and named Hmaidan as being at the centre of them. Climate Home News has chosen not to identify her to protect her privacy.

“While working in the Director’s [Hmaidan’s] Office at CAN-I, I was subjected to bullying, punitive demotion, objectification and threats to my career in the climate movement,” the former employee wrote.

Hmaidan bombarded her with constantly changing work requests, she said, many of which were outside her job description. She would be expected to respond to messages early in the morning and late at night.

In 2016, the employee said she was ordered out of strategy discussions to conduct menial cleaning tasks. She said she made a complaint to Hmaidan and Can-I’s head of human resources, Charlene Ruell. According to the letter, Hmaidan admitted to misusing her time, but admonished her for involving HR.

Hmaidan said he had to fire a previous “girl” because she had “stirred the pot”, the letter claimed. It continued: “After this conversation, Wael doubled down on the micromanagement and erratic assignment of tasks. I was working overtime most days. He was dismissive and easily angered. More confusingly, he sometimes placed his hand on my knee or asked me to meetings where he would isolate me from the team. I think these were power moves intended to intimidate me and disempower me.”

The complaint highlighted a significant flaw in the organisation’s anti-harassment policy at the time: according to the letter, it invited staff to report concerns to Hmaidan, who in this case was the subject of the complaint. Alternatively, it said they could go to any member of the board of directors.

The complainant said she did not go to board at that time because “we had no clear advocate” and “I also didn’t think I would be taken seriously”. Board members are drawn from member organisations of Can-I; there was no independent director specialising in these matters, she said.

After leaving, she found potential employers had heard negative reviews of her work. “It took me more than a year to recover from the stress,” she wrote.

A further letter, signed by 15 people who had worked for Can-I, told the board the complaints described by Robert Borday “ring true for many of us”.

They did not name Hmaidan nor any other complainants, but said: “We are also aware of existing complaints from several other ex-employees of CAN-I – the spirit of which we can also attest to.”

The Can-I board circulated a new draft anti-harassment and bullying policy among staff for consultation on 5 November, the same day the second letter was filed. The draft goes into detail on what is considered unacceptable behaviour and the process for reporting it. Three senior staff members and two board members are designated as focal points. It is due to be presented for adoption, subject to edits, at Can-I’s annual general assembly next month.

The staff letter acknowledged that draft, but asked whether the policy was “substantively different” to what preceded it. Calling on the board to create a “transparent and accountable process” for handling complaints, they said it should not be contingent on Can secretariat staff.

“Swift and just action” on complaints of bullying and harassment is “vital to protect the efficacy, integrity and reputation of the climate movement at large,” signatories said.

This article is not available for republication